Spence vs. Garcia: Why this fight is Mikey Garcia’s 'Manny Pacquiao' moment

DALLAS – On Dec. 6, 2008, Manny Pacquiao made the jump from lightweight to welterweight in order to challenge boxing superstar Oscar De La Hoya... 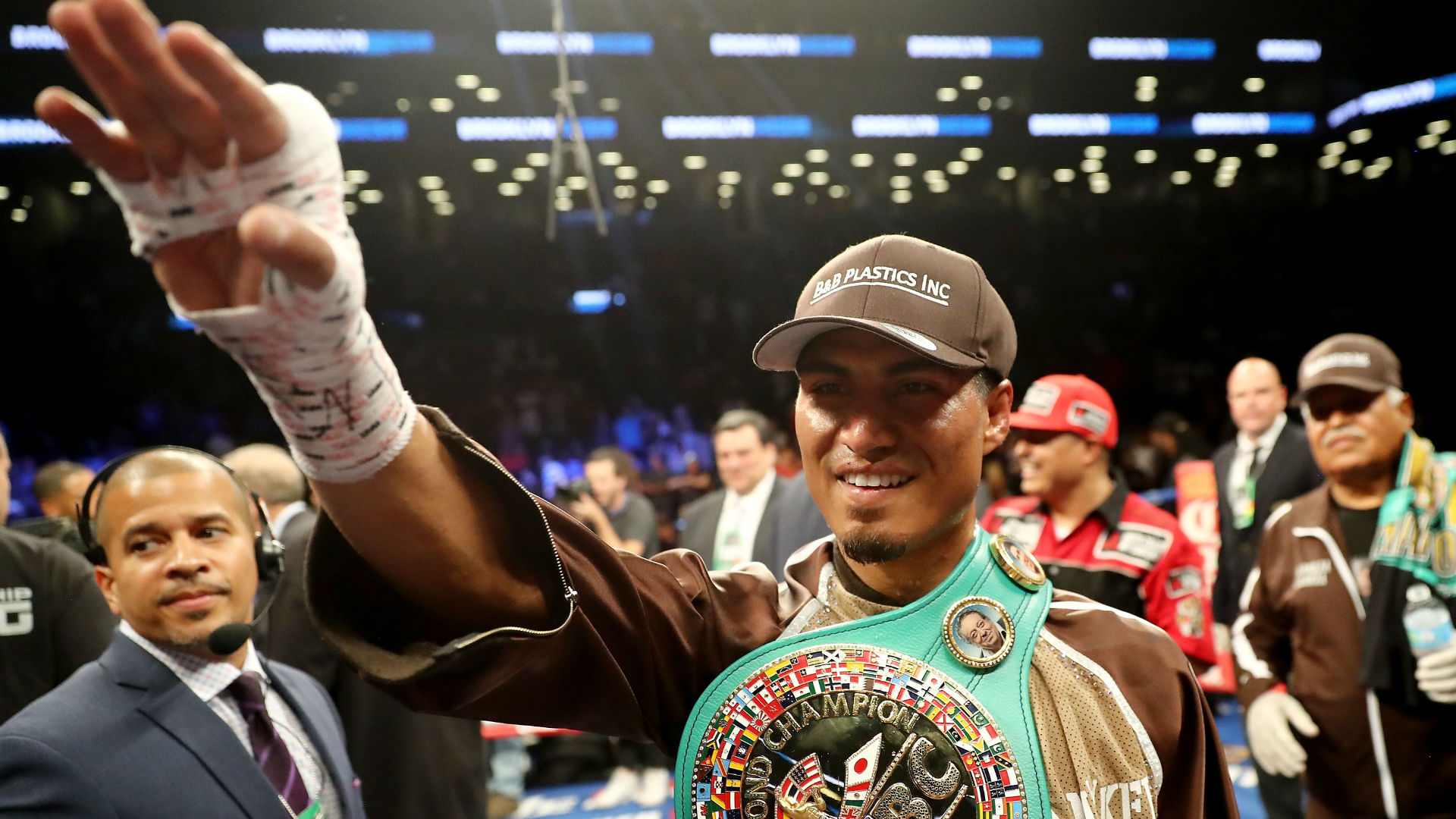 DALLAS – On Dec. 6, 2008, Manny Pacquiao made the jump from lightweight to welterweight in order to challenge boxing superstar Oscar De La Hoya in what was billed as “The Dream Match.” Although he was widely recognized as one of the top pound-for-pound fighters in the world, many boxing pundits thought the climb up in weight would be too much for Pacquiao.

Few picked him to win and even fewer predicted the runaway train that was the Filipino sensation as he railroaded De La Hoya over the course of eight one-sided rounds that ended with The Golden Boy’s corner waving the white flag.

Back then, Mikey Garcia was a rising featherweight prospect that sported a 15-0 record. Although highly regarded, Garcia was far from a star. Garcia, along with his older brother and trainer, Robert, kept tabs on Pacquiao’s meteoric rise and both picked the underdog to dismantle De La Hoya.

And now, a decade later, Mikey Garcia finds himself in an eerily-similar situation. On Saturday night, Garcia will make the jump from lightweight to welterweight and challenge IBF 147-pound champion Errol Spence Jr. Like Pacquiao, Garcia is recognized as one of the top pound-for-pound fighters in the world. And also similar to the Filipino fighter, he’s entering the fight as an underdog based specifically on the size difference between the two fighters.

“I didn’t think about that fight in particular but that does make sense when you go back in time,” Garcia said to Sporting News when the similarities between this fight and De La Hoya-Pacquiao are brought to his attention. “Manny Pacquiao moving up to face De La Hoya was a big jump in weight and not a lot of people gave Pacquiao a chance, but he did it.

“It’s not the reason why I did it,” he added, “but I’m willing to bet on myself to accomplish the feat.”

Whether he wants to admit it or not, this is Mikey Garcia’s “Manny Pacquiao” moment. A win would almost certainly catapult him to the top of the pound-for-pound list. It’s that dare to be great mentality that separates the good from the exceptional. With a perfect record of 39-0 with 30 knockouts, Garcia said that he needed a fight that people didn’t expect him to win. Sure, he’s taken out the likes of Adrien Broner and previously undefeated champions such as Robert Easter Jr. and Sergey Lipinets in his last three fights, but few expected him to lose to any of those opponents.

What Spence represents is not only the biggest opponent physically, but arguably the most avoided fighter in boxing today. While the rest of the 147-pound division has danced around the prospect of exchanging leather with the IBF welterweight champion, Garcia went out of his way to issue the challenge.

It started with Garcia making overtures to a possible fight last January after Spence forced Lamont Peterson’s corner to rescue their fighter from further punishment. Those call-outs only became louder after Garcia thoroughly dominated Easter last July to claim the IBF lightweight title. Eventually, Spence couldn’t ignore a pound-for-pound fighter demanding a fight with him.

And now, here we are.

But don’t get it confused, Garcia didn’t challenge Spence because he saw chinks in his armor. Instead, he saw an opponent who was very similar to him and provided the highest reward to coincide with the massive risk.

“It’s not that I saw any holes in his game or something I could take advantage of,” Garcia said. “What I saw was a complete fighter who reminds me of myself and does everything well. I saw the opportunity to make history and add to my legacy. I also believe that I’m better than him and can do everything better than he can.”

There are some differences in Spence-Garcia and De La Hoya-Pacquiao. For one, Spence is entering his prime years, while De La Hoya was on the downside of his career and would eventually call it quits after losing to Pacquiao.

“He’s regarded as the No. 1 guy in the division and opponents fear him,” Garcia said. “I made it a goal that I need every fight to be a bigger challenge. Nobody else is doing what I’m doing. No fighter is challenging myself like I am.”

He’s right. Not since Pacquiao’s rampage through weight classes has there been a fighter who takes on the toughest test available in each division. At 31, the four-division world champion doesn’t have time to waste taking on lesser opponents — even if it is for similar money. Ultimately, the money is going to be there as long as he executes against boxing’s toughest opponents.

“I had other offers to fight easier opponents for similar money, so it was never about the money,” he explained. “If I want to prove to the world that I am the best, these are the fights that I need.

“This will be my third undefeated champion in three weight classes,” he continued. “Who else is willing to do that? I want to be remembered as the fighter who is willing to fight anybody and take the biggest risks.”

And that’s exactly what a pound-for-pound great should do.