This beautiful picture of Jupiter was assembled from three separate images acquired by Nasa’s Juno spacecraft as it made another of its close passes... 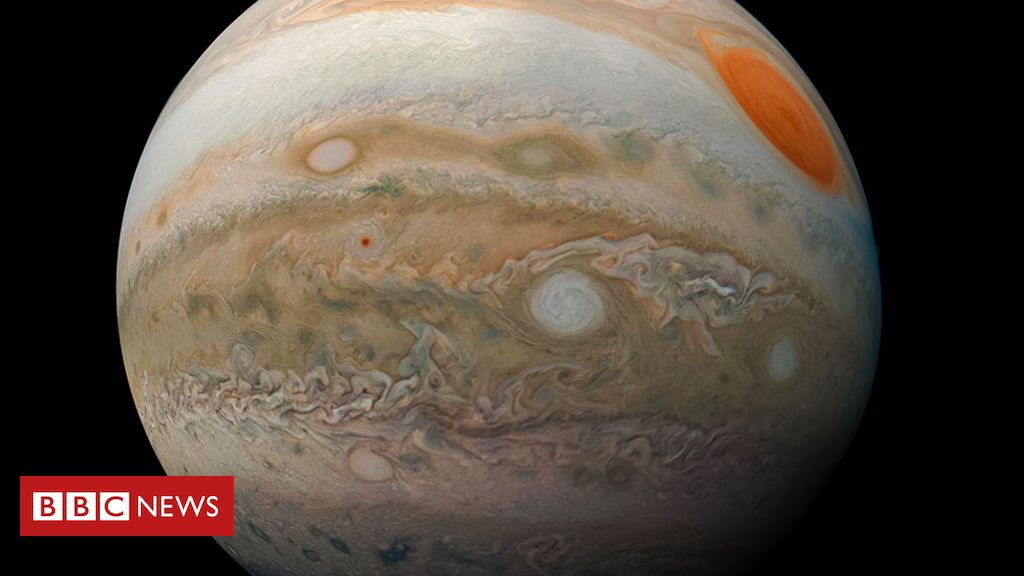 This beautiful picture of Jupiter was assembled from three separate images acquired by Nasa’s Juno spacecraft as it made another of its close passes of the gas giant.

The probe has a colour camera onboard and citizen scientists are encouraged to play with the data to make their own views of the planet.

This one, which is colour-enhanced, was produced by Kevin M Gill.

The US space agency has dubbed it “Jupiter Marble” – a reference to the full disc pictures of Earth captured by satellites down the years that have been called “Blue Marble”.

The Jupiter mosaic includes shots taken between 26,900km and 95,400km from the planet’s cloud-tops.

It gives a great view of southern hemisphere storms and of the famous Great Red Spot.

This spectacular anticyclone, which has been in existence for hundreds of years, is gradually having its secrets revealed by the Juno mission.

The probe has already established that its roots extend at least 350km down into the atmosphere.

Scientists hope their various investigations will reveal the key mechanisms that drove the spot and keep it from dissipating.

The Juno mission operates a raw image site where amateur processors can get involved.