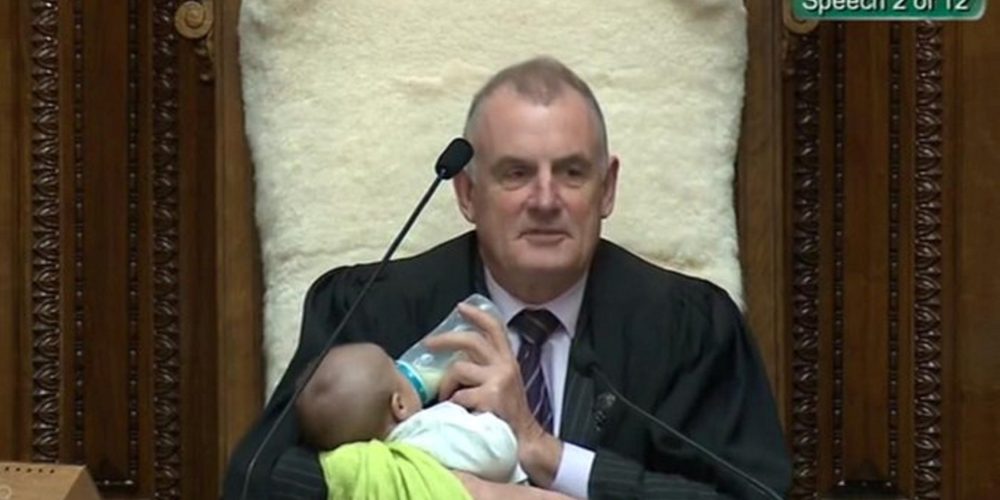 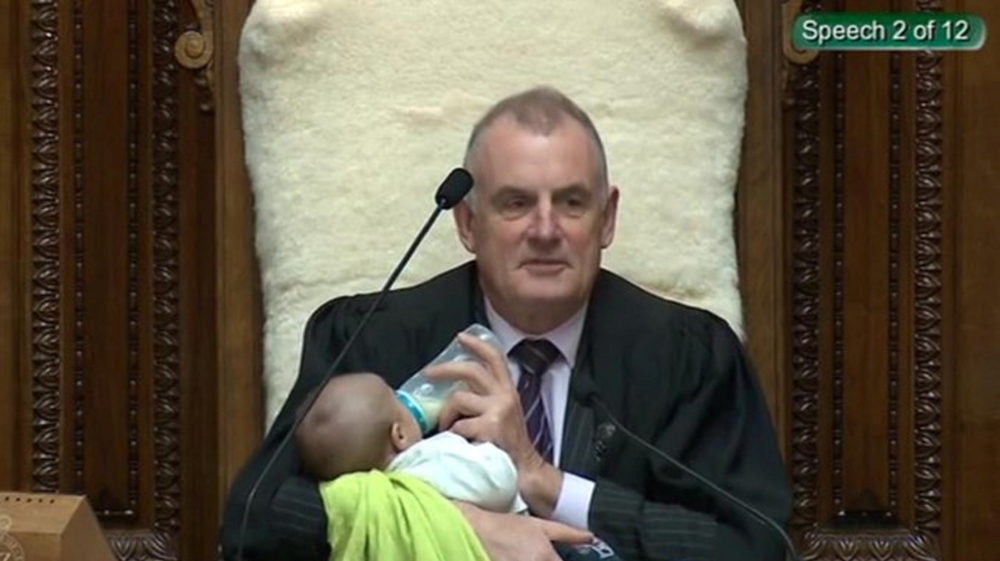 The speaker of New Zealand’s parliament has attracted international attention for babysitting a legislator’s newborn child while keeping order during a vigorous debate.

“Normally the Speaker’s chair is only used by Presiding Officers but today a VIP took the chair with me,” Mallard said in the Twitter post, which has since been shared widely and reported on by news media around the world.

He added his congratulations to Coffey and the legislator’s husband, Tim Smith, on the “newest member” of their family.

Normally the Speaker’s chair is only used by Presiding Officers but today a VIP took the chair with me. Congratulations @tamaticoffey and Tim on the newest member of your family. pic.twitter.com/47ViKHsKkA

Six-week-old Tutanekai, who was born via a surrogate mother and is the biological son of Smith, was being held by Coffey in the debating chamber when the speaker offered to hold him.

“There are times when I can be vaguely useful,” Mallard later told Reuters news agency, adding that he tried to help care for MPs’ babies when possible.

The newborn joins many other babies in the legislature after Mallard relaxed rules in 2017 to make New Zealand’s parliament more child-friendly.

About a dozen MPs have had children in a parliamentary baby boom, and fellow legislators were quick to welcome Tutanekai to the burgeoning group.

Green Party MP Gareth Hughes tweeted a photo of Coffey with his son, saying it was “lovely to have a baby in the house”.

Lovely to have a baby in the House, and what a beautiful one @tamaticoffey pic.twitter.com/EP6iP9eQES

Fellow Green MP Golriz Ghahraman followed suit, saying “every single last one of us” needed to see the image of Coffey beaming at baby Tutanekai.

Who needs to see this today? Every single last one of us, that’s who. Here’s a brand new papa holding his new born in our House of Representatives right now ?❤️ pic.twitter.com/NU00SHfKFT

Her daughter Neve Te Aroha made headlines in September when she accompanied Ardern to the United Nations General Assembly in New York.

But in many countries, bringing babies into legislatures is still a point of controversy, or forbidden entirely.

Earlier this month, the speaker in Kenya’s lower house ejected elected member Zuleikha Hassan for bringing her five-month-old baby into the chamber.

The mother of three said she had to bring the baby to parliament because she was not able to make other arrangements and did not want to miss work.