SEOUL (REUTERS) – South Korea’s Trade Ministry urged Japan on Friday (July 19) to accept its request for another round of talks over Tokyo’s... 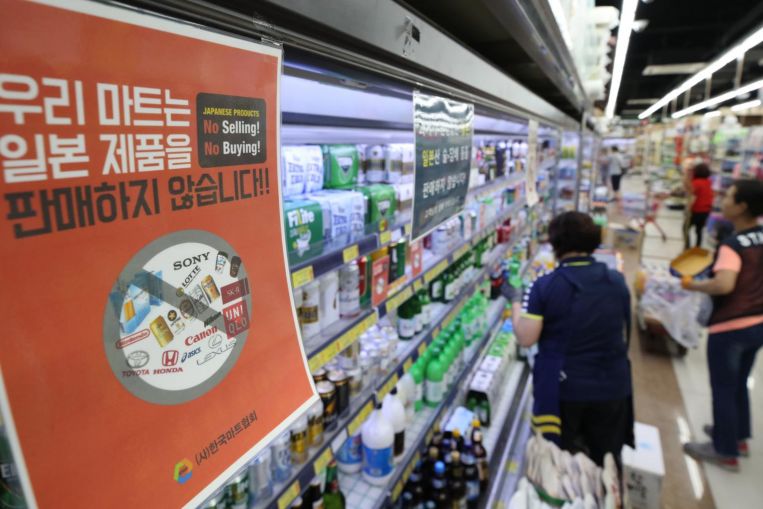 SEOUL (REUTERS) – South Korea’s Trade Ministry urged Japan on Friday (July 19) to accept its request for another round of talks over Tokyo’s tighter export controls, which are seen threatening global microchip and smartphone display supply chains.

Japan has cited “inadequate management” of sensitive items exported to South Korea, with Japanese media reporting some items ending up in North Korea.

Lee Ho-hyeon, a director at South Korea’s trade ministry, said Japan’s plan to remove Korea from its “white list” of countries with minimum trade restrictions, should be based on “clear evidence and facts”.

“There are major concerns that such a move would have a grave impact on not only the economies in both countries, but the global supply chain,” Mr Lee said at a briefing.

A row between Japan and South Korea has deepened after the two sides held working-level talks last week. Seoul has proposed another round of talks at the meeting.

Japan denies that a dispute over compensation for the treatment of labourers from World War Two is behind the export curbs, although one of its ministers has cited broken trust with South Korea over the dispute.

“It is regrettable that the Japanese side repeatedly makes claims that are different from truth,” Mr Lee said.

“We again urge Japan’s genuine response to our request for a director-level consultations.”