The August drills were scaled down earlier this year and have not been officially named South Korea and the United States... 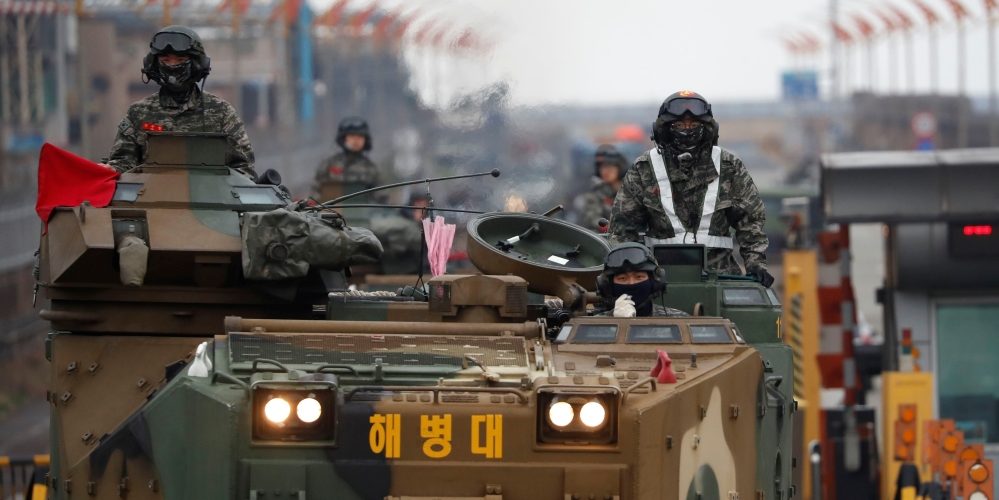 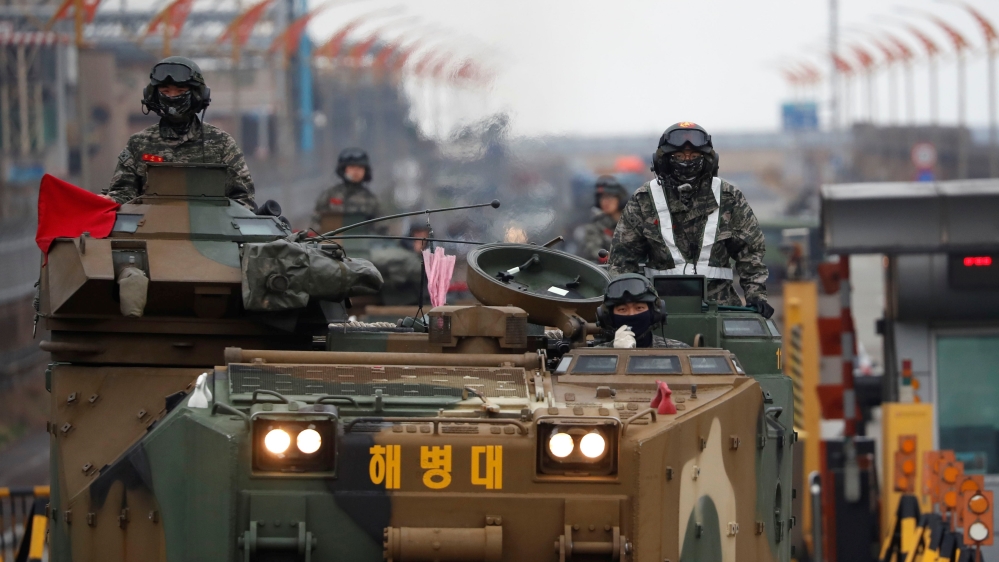 The August drills were scaled down earlier this year and have not been officially named [File: Kim Hong-Ji/Reuters]

South Korea and the United States were to begin a joint annual military exercise on Monday, defying warnings from North Korea that the war games will jeopardise nuclear negotiations between Pyongyang and Washington.

“Our joint exercise to verify [Seoul’s] capabilities for its envisioned retaking of wartime operational control is being prepared,” a South Korean defence ministry official said.

The exercises will be focused on verifying Seoul’s capabilities for its planned retaking of wartime operational control of its troops from Washington. It did not confirm reports that the drills began on Monday.

The drills come after Pyongyang tested a series of short-range projectiles in recent days, calling one of them a “solemn warning” to Seoul against pursuing the mainly computer-simulated drills with Washington.

The North had also warned that it might call off its unilateral suspension of nuclear and long-range missile tests if the drills take place.

Under the US-South Korea security treaty, an American general will take command of their combined forces in the event of war, but Seoul has long sought to reverse the position.

Analysts say the military activities by both sides could delay talks on the North’s weapons programmes – which have seen it subject to multiple sets of the United Nations Security Council sanctions – until later this year.

After a year of mutual threats and mounting tensions, US President Donald Trump and the North’s leader Kim Jong Un held an historic meeting in Singapore last year, when the latter signed a vague pledge to work towards “denuclearisation of the Korean Peninsula”.

A second summit in Hanoi in February broke up amid disagreement on sanctions relief and what the North might be willing to give up in return.

Trump and Kim agreed to resume nuclear talks during their impromptu June meeting in the Demilitarized Zone that divides the peninsula, but that working-level dialogue has yet to begin.

The nuclear-armed North  Korea – which attacked its neighbour in 1950, triggering the Korean War – has always been infuriated by military exercises between the US and the South, decrying them as rehearsals for invasion.

After the Singapore summit, Trump made a shock announcement halting joint drills, adopting Pyongyang’s own description of them as “provocative” at an extraordinary, freewheeling press conference.

And the allies’ biggest annual drills, Foal Eagle and Key Resolve, which took place every spring and involved tens of thousands of troops, were replaced with a shorter “Dong Maeng” or “Alliance” exercise in March.

The August drills were scaled down earlier this year, Yonhap news agency reported, and have not been named, with an official from Seoul’s Joint Chiefs of Staff (JCS) telling the AFP news agency that they “cannot comment any further” on their designation.

On Friday, North Korea carried out its third weapons test in the space of eight days, firing what it called a new “large calibre multiple launch guided rocket system”.

Seoul’s presidential office said it was highly likely to be “a new type of short-range ballistic missile”.

Trump brushed off the North’s tests as “pretty standard”, adding that Kim will not want to “disappoint” him because he has “far too much to lose”.

There are 28,500 US troops stationed in South Korea to protect it against its neighbour, many of them based south of Seoul at Camp Humphreys in Pyeongtaek – Washington’s biggest overseas military facility.