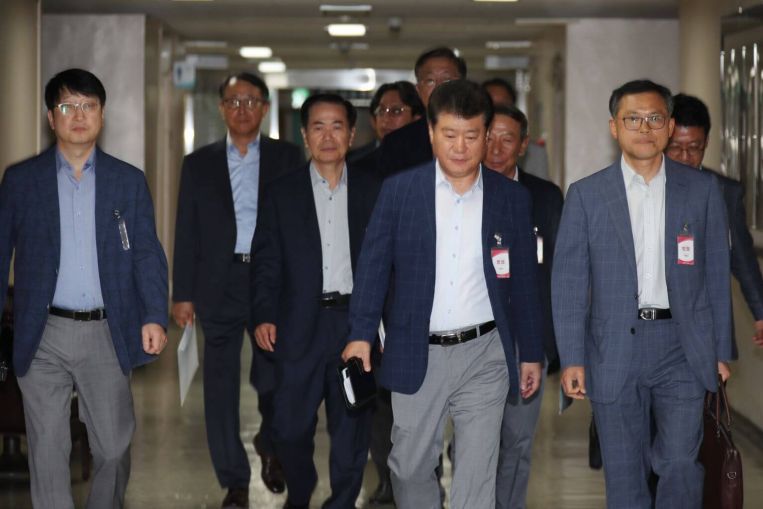 The discussion was focused on the “external situation of the economy and its uncertainties,” Blue House spokeswoman Ko Min-jung said in a text message.

She did not elaborate on the details of the talks between the government officials and the business leaders.

Yonhap News reported that President Moon will meet the business leaders on July 10. The series of meetings come as Japan imposed restrictions on South Korean exports of products needed to make semiconductors and computer display. The restrictions kicked in on July 4.

Japanese Prime Minister Shinzo Abe denied that a decision to impose export controls was a countermeasure against issues involving a wartime dispute.

South Korean courts ruled that Japanese companies must compensate Koreans conscripted to work in factories and mines during the 1910-45 colonization. Japan holds that all claims were settled.