Daniel Johnston, whose guileless, homemade recordings inspired dozens of musicians from Kurt Cobain to Lana Del Rey, has died at the age of 58.... 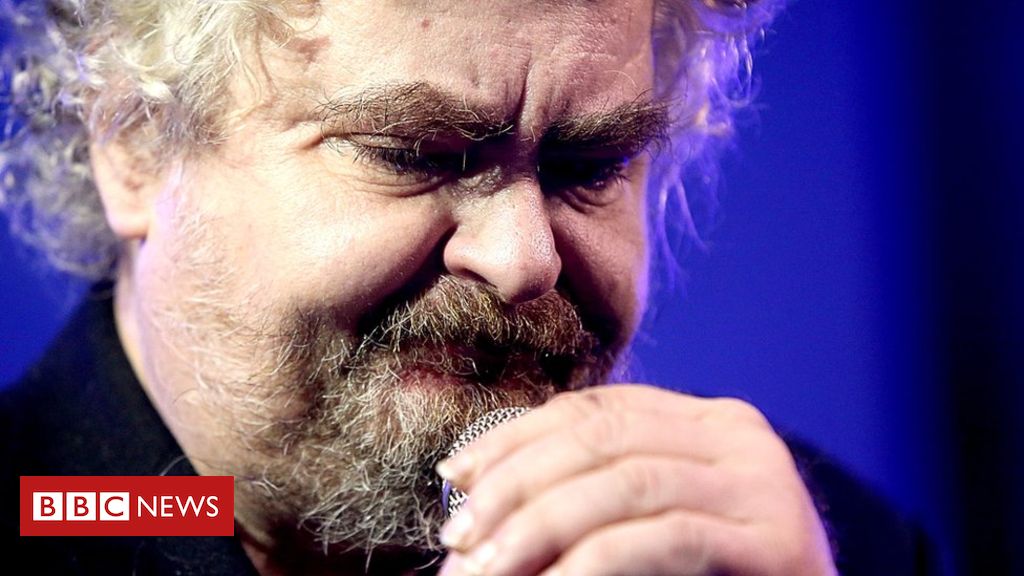 Daniel Johnston, whose guileless, homemade recordings inspired dozens of musicians from Kurt Cobain to Lana Del Rey, has died at the age of 58.

The songwriter and artist “passed away of natural causes” at his home in Texas, said his family in a statement.

He was mourned online by those he inspired, including musician Beck and film star Elijah Wood, who called him “a gentle, beautiful treasure“.

Born in California in 1961 and raised in West Virginia, Johnston became known as a songwriter after moving to Austin, Texas.

His reputation in the city grew after he started handing out cassette tapes of his no-frills home recordings to people in the street.

A cult figure on the local music scene, he gained wider exposure when MTV filmed a program on the Austin music scene in 1985 for its series The Cutting Edge.

He was never an accomplished player, and his pinched, high tenor vocals ensured he would never be a mainstream star – but the aching emotional sincerity of songs Life In Vain and True Love Will Find You In The End, earned him a fiercely loyal fanbase.

Kurt Cobain once described him as “the best songwriter on earth,” and famously wore one of Johnston’s t-shirts to the 1992 MTV Awards.

Other musicians that have covered Johnston’s songs include Pearl Jam, Tom Waits, Wilco, Death Cab for Cutie, Sufjan Stevens and Yo La Tengo.

In 2013, Lana Del Rey and rapper Mac Miller each contributed $10,000 to fund a short film about the singer, with Del Rey recording a version of his song about heartbreak, Some Things Last A Long Time for the soundtrack.

Johnston was also known as an artist and comic-book writer, and his magic marker cartoon drawings were an inspiration for The Simpsons’ creator Matt Groening.

In 1993, he was asked to turn Jeremiah the Innocent, the alien frog featured on the cover of his album Hi, How Are You, into a mural in Austin.

In 2006, his artwork was featured in a major exhibition at New York’s Whitney Museum of American Art.

But Johnston was plagued by mental health problems, including bipolar disorder and schizophrenia, that hindered his career and endangered his life – including one incident where he attempted to crash a plane being piloted by his father.

A harrowing documentary, The Devil and Daniel Johnston, released in 2005, showed how fragile he had become, while bringing his music and story to a new audience.

“It sure was embarrassing,” Johnston reflected in an interview with the Austin Chronicle. “Every terrible dilemma, every fabled mistake. Nothing I can do about it now, though. I wish they’d added a laugh track to it, because it sure is funny”.

Johnston’s own musical output had slowed in recent years and, following a farewell tour in 2017, he was largely confined to the family home.

His brother, Dick Johnston, told the New York Times he had been treated for kidney issues shortly before his death.

“He was still productive, writing songs and drawing, and was just annoyed by his health more than anything,” he said. “It was just one thing after another.”

In a statement posted on Facebook, Johnston’s family remembered him as “a friend to all”.

“Although he struggled with mental health issues for much of his adult life, Daniel triumphed over his illness through his prolific output of art and songs.

“He inspired countless fans, artists, and songwriters with his message that no matter how dark the day that “the sun shines down on me” and “true love will find you in the end.”

As news of his death spread, fans laid flowers and cassettes at the foot of his mural in Austin, while musicians and fellow creators spoke of Johnston’s impact on their life.

“There are not enough words I can say about the vitality of Daniel Johnston’s musical spirit,” said musician Zola Jesus. “He was a huge inspiration to me, to follow my creative impulses no matter how messy or simple.”

“His unique songwriting voice, so pure and so direct, spoke to us deeply,” they continued. “It is quite safe to say there will never be another like him and thankfully, his music will play on.”

David Bowie’s son, Duncan Jones, tweeted: “My dad introduced me to Daniel Johnston’s music and at first I didn’t know if it was meant as a joke or something else.

“But once I’d listened to a few songs, I heard the DNA of so many others’ work. A unique and special human being. Rest peacefully, Daniel.”

“Rest in peace… Living your broken dreams forever,” added Avengers star Mark Ruffalo on Twitter. “Thank you for your art.”

Johnston’s family said plans for a memorial will be announced soon.