Software engineering personalities: the Teslas and the Edisons

In the history of inventions, the rivalry between Nikola Tesla and Thomas Edison is one of the most famous. Their competition in the field... 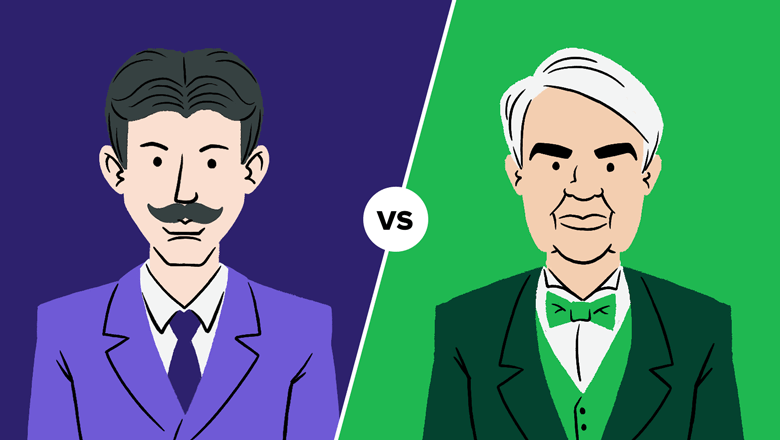 In the history of inventions, the rivalry between Nikola Tesla and Thomas Edison is one of the most famous. Their competition in the field of electricity is sometimes referred to as the “war of currents.” Live Science describes Tesla as having the ability to “accurately visualize intricate 3D objects” and “really work out his inventions in his imagination.” In contrast, Edison was a “tinkerer,” who arrived at many of his inventions via trial and error. Most accounts, however, conclude that “you can’t really say one is greater, because American society needs some Edisons and it needs some Teslas.”

While reading up on these two individuals, it struck us at Sprout Social that these two working styles can teach us how to build a healthy engineering culture consisting of Edisons and Teslas.

We’ve found many software engineers, regardless of background, fall into one of the two personality profiles. While both have their merits, they also carry differences that, when Edisons and Teslas work together, can lead to conflict in the workplace.

The differences in personality type come to light especially during times of crisis, such as a difficult project, a buggy release or when technical debt starts to add up. Edisons and Teslas can experience the following frustrations during those situations:

When nurturing team culture, engineering leaders will need to identify ways to balance and accommodate these two perspectives. Teslas become frustrated when forced into an Edison way of operating, and Edisons become frustrated when forced into a Tesla way of thinking. Even engineering leaders can succumb to their own personal biases, preferring one over the other. This makes it even more challenging to create an environment where Teslas and Edisons can thrive.

At Sprout Social, we’ve identified several ways we try to accommodate both Edisons and Teslas:

If you are a software engineer or an engineering manager, we encourage you to develop an awareness of how your team members operate and ensure your processes and culture cater to both for a highest-possible level of productivity. If you over cater to one camp or the other, you’re disadvantaging half of the team.

Are you a Tesla or an Edison?