Skyrocketing unemployment and rising prices in Iran are forcing tens of thousands of citizens to seek economic relief across the border, in Iraq With... 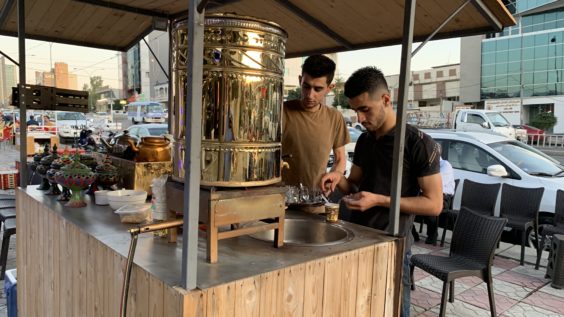 Skyrocketing unemployment and rising prices in Iran are forcing tens of thousands of citizens to seek economic relief across the border, in Iraq

With the US imposing heavier sanctions on Iran, the country’s already stressed economy is experiencing high inflation and skyrocketing unemployment, forcing tens of thousands of Iranians to look beyond the borders of the Islamic Republic, into neighboring Iraq, for work.

The Media Line Middle East Bureau Chief Mohammad Al-Kassim spent time in Sulaymaniyah, in Iraq’s Kurdish region, where he interviewed some of the workers.

Most Iranian laborers in Iraq’s Kurdish region are themselves Kurds. They cross the border as tourists with one-month visas and then illegally seek day work in construction and other low paying jobs. The influx of workers has driven local wages down, according to local laborers and the director of the Workers Department in the Labor Ministry, Abdel Majeed Faraj Saleh.

Iraqi Labor Ministry officials in Sulaymaniyah say that at least 46,000 Iranian workers are registered with them but they believe the actual number in the Kurdistan Region of Iraq is double that.