Six Gadgets Headed for the Graveyard

Illustration: Eddie Guy A book arrived in the mail recently for my two-year-old son. In the inside flap was a once-revolutionary technology. Of course,... 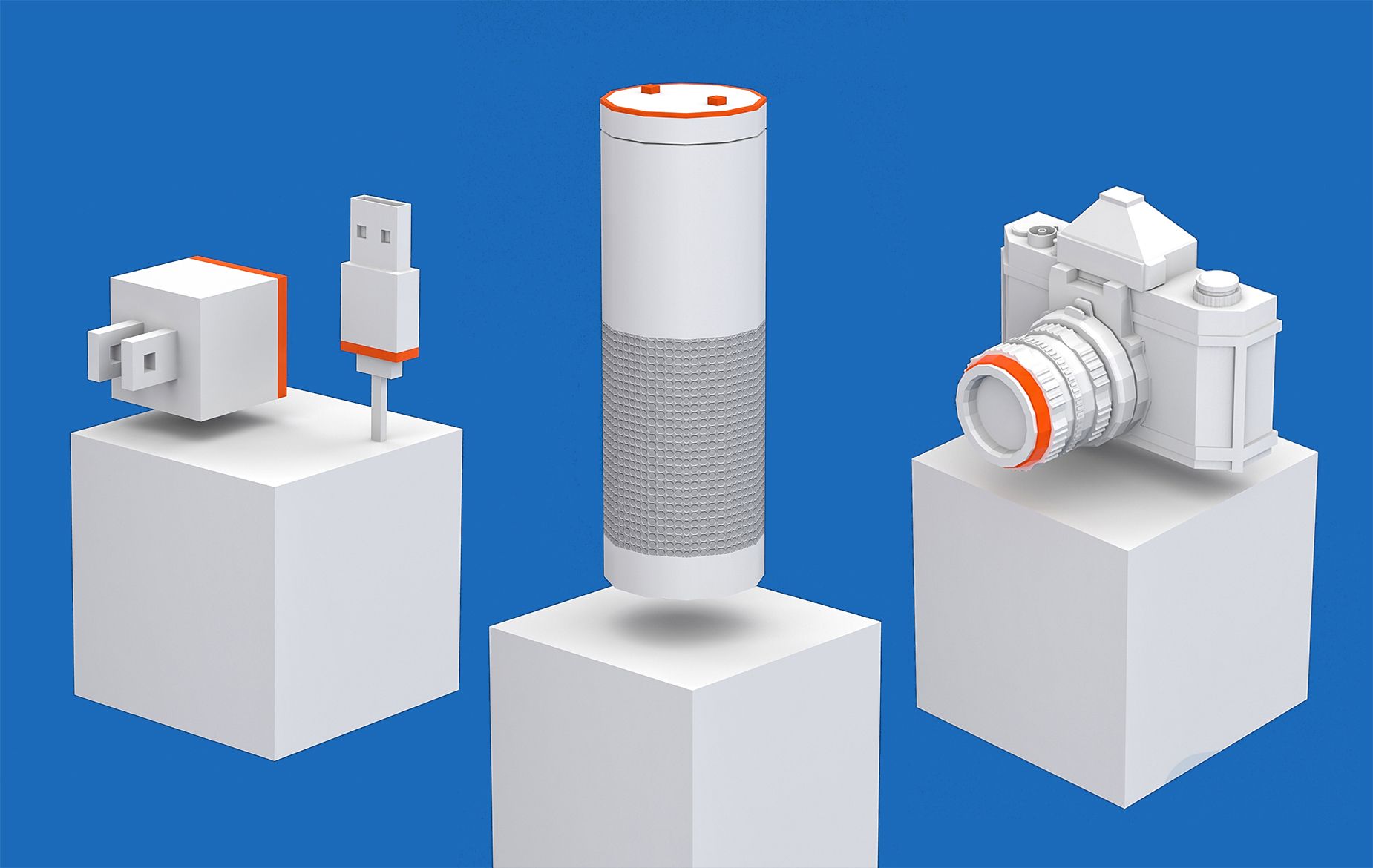 A book arrived in the mail recently for my two-year-old son. In the inside flap was a once-revolutionary technology. Of course, he had no idea what the shiny thing was. A frisbee for the dog? A flat cookie that had already been visited by the Hungry Caterpillar? A thing Mommy sets her coffee mug on?

“This is a DVD,” I explained to him, as he scratched the bottom of it. Whatever, I thought. It’s not like I have anything to play it on anyway.

A week later he made a tower with some rectangular blocks he found at Grandma and Grandpa’s. Actually, they were VHS tapes. No, he wasn’t kind, he did not rewind.

Technological progress is the rendering of once-groundbreaking innovations into funny, peculiar artifacts. And now, every time I have one of these experiences with my young son, I’m left wondering: What’s next? What technologies of today will have faded away by the time he’s old enough to use them, a decade or so from now?

Predicting the future can be a tricky game but Alan Kay, one of the forefathers of personal computing, says two things are necessary when evaluating what will displace today’s technology. “One of them is what technological improvements are actually in range. The second is whether people can learn enough to be interested in the improvements,” he said.

With the help of futurists, engineers and tech entrepreneurs, I came up with six technologies my son won’t really know. If I’m wrong, send a message to my connected contact lenses in 2030. 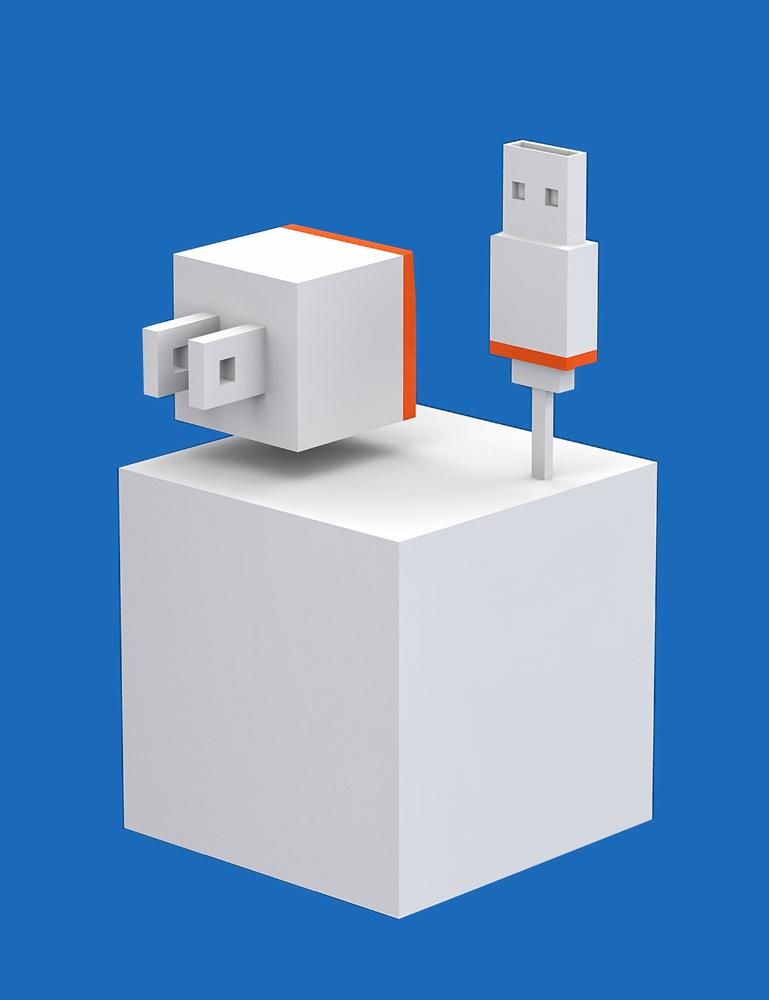 The better life I always imagined for my son is coming. One day, we’ll say goodbye to smartphones with charging ports and those pesky included charging cords and cubes, says Sanjay Gupta, president of AirFuel Alliance, an organization working on next-generation wireless power standards.

“Our homes, cars and offices will have all the wireless chargers integrated,” he says. While some of our lower-powered devices could get power delivered over the air, a la Wi-Fi, most others will start charging when set down on a surface. Dr. Gupta anticipates the current wireless-charging headaches—such as low power delivery and the need to place your device in the sweet spot to charge—will have been solved. 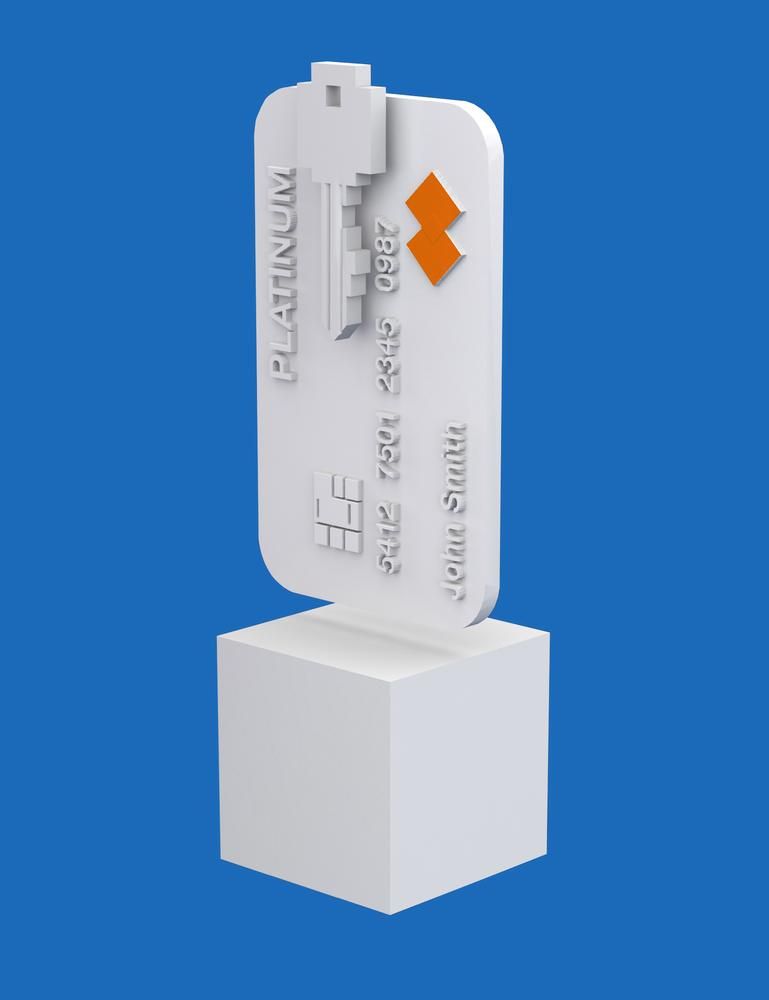 “LOL, remember chip credit cards?” we’ll all laugh at dinner parties. Physical retail stores—or whatever is left of them—will either take mobile payments via our phones or smart glasses, or the stores themselves will use facial recognition and other sensors to recognize and charge us. Just look at the Amazon Go stores currently in San Francisco, Seattle and other select cities. Cameras and sensors built into every part of the store keep track of you as soon as you scan your phone at the front door. They know what you’ve picked up. Your Amazon account is automatically charged as soon as you walk out the door with some avocados.

Rich Uhlig, head of Intel Labs, believes the same technology will be applied in cars, homes and offices to replace the centuries-old key. “If you combine sensor data together, you can start to get really good at identifying when people enter spaces or leave spaces,” says Uhlig. “If you can do that reliably, then a physical key is a lot less important.” 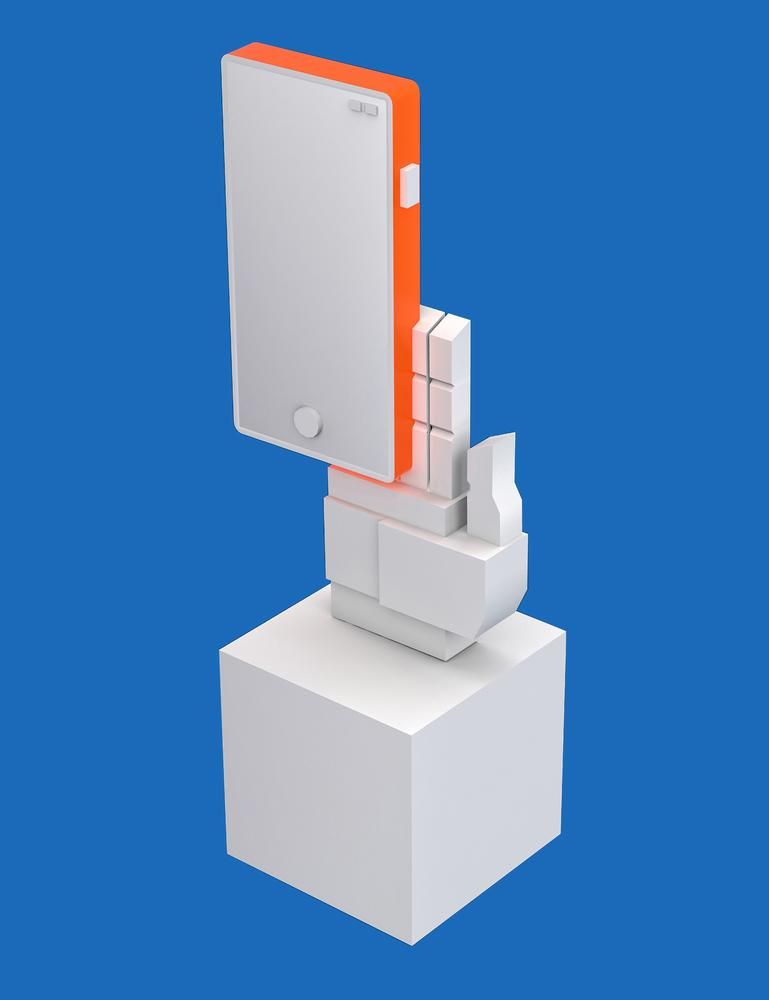 Cellphones started chunky, got really small, and now take up an area approximately the size of Russia. They will soon return to a size that fits human proportions. Experts predict this will be a result of two technologies: foldable, flexible displays and augmented-reality wearables.

“The private displays of the future will be in glasses and contacts; public displays in the physical world will be on most surfaces,” says Dr. Kay. We’ll turn to those displays—not a big one that barely fits in our pocket—when looking at maps, videos or our inboxes. (Sorry, email still exists in the future.)

Phones themselves will have displays that you’ll be able to unfold or even unfurl like a sail. The Samsung Galaxy Fold made its debut a few years too early. 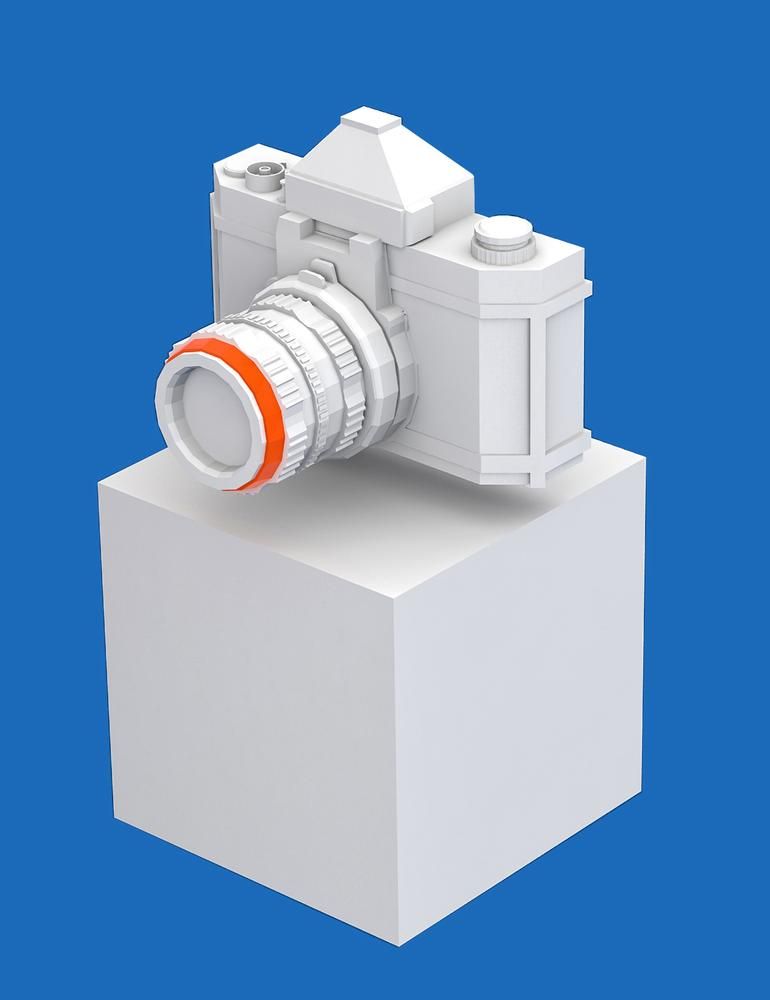 In a decade, using a dedicated camera will seem as quaint as placing a needle on a record. Small embedded cameras on everything from our phones to our clothes to our walls will snap photos, says Dave Grannan, co-founder and CEO of Light, a company working on multi-camera imaging. Then, using advanced artificial intelligence, the images will be combined to create super-high-resolution photos. It’s actually similar to the way the black hole was recently captured, but our cameras won’t take up the whole earth.

“The answer to ‘Where’s my camera?’ is going to be ‘Your camera’s everywhere,’”said Mr. Grannan. These multiple cameras will also be used to create 3-D imagery—think a hologram selfie—that you can view with AR glasses. The 5G networks being built out right now will allow all this to seamlessly download and work 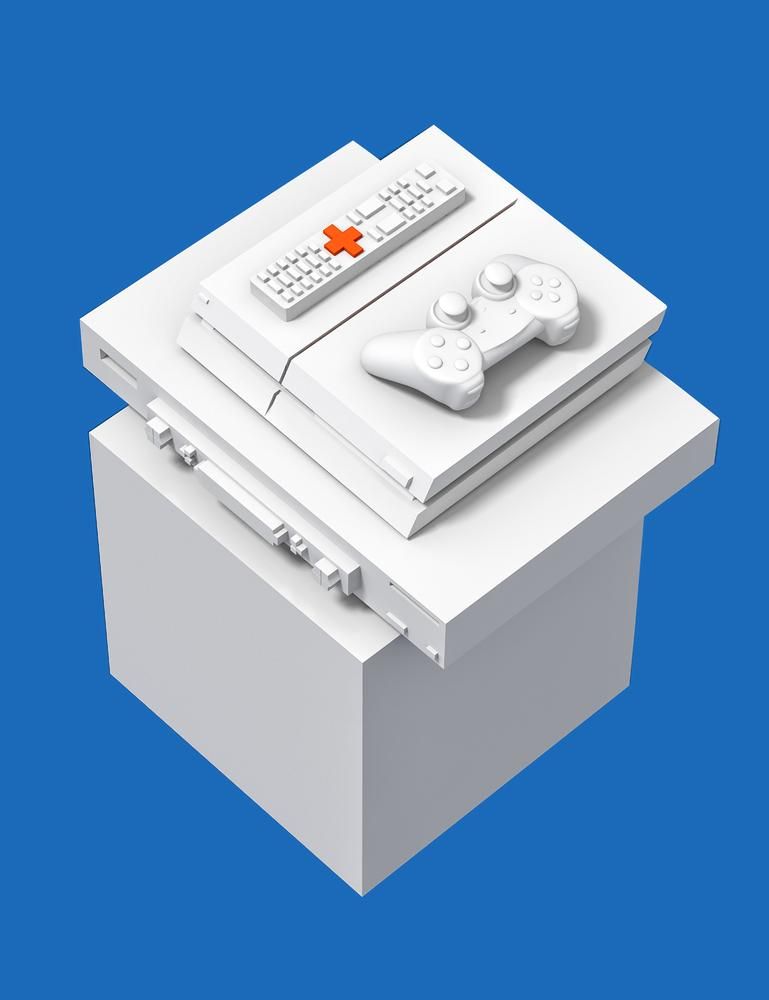 The cable box already knows its fate but gaming and streaming boxes should be making funeral preparations as well. Google’s Stadia gives us a very good hint at what will—or rather won’t—be in our living rooms. Instead of a dedicated box with a DVD drive and lots of graphics horsepower, the games and the computing power will live in the cloud. You’ll just need a great Internet connection and a Chrome browser to stream games. The service is said to be coming in late 2019 but the ecosystem of games and services will evolve over the next decade.

Microsoft’s on the same track: On the newest version of its Xbox One S, it eliminated the disc drive.

Streaming boxes, like the Apple TV or a Roku, will also join the VCR and DVD player in home-entertainment heaven. The video-streaming operating systems are already being built in to TVs themselves. 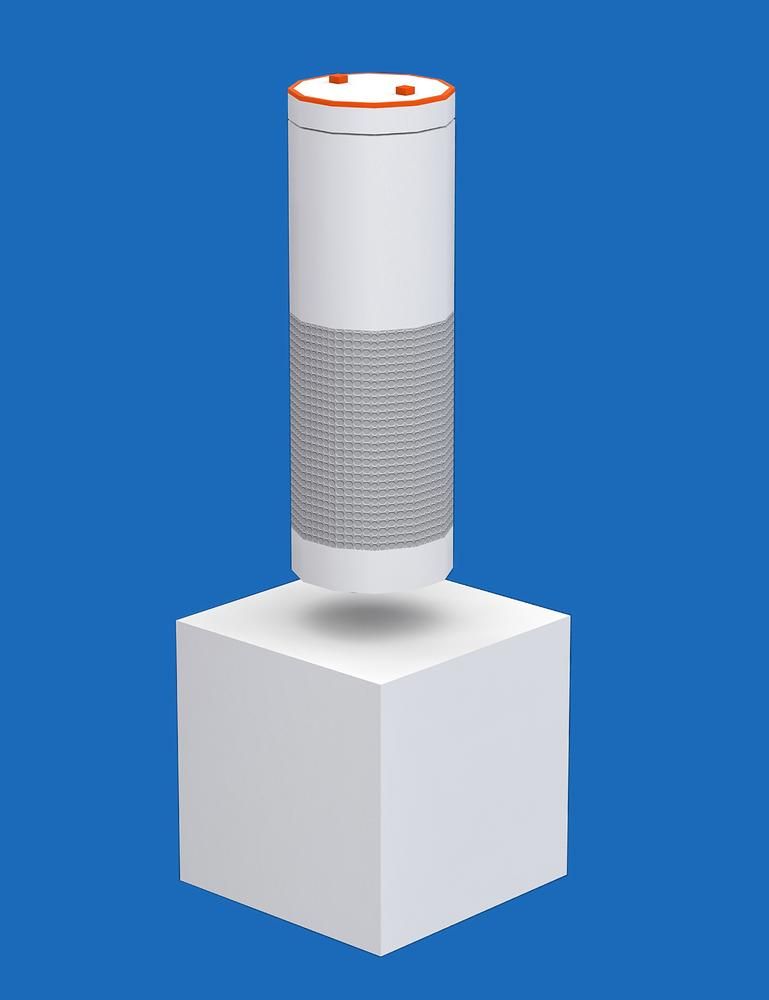 Smart speakers have a future not too dissimilar to the clock radio. Microphones, speakers and voice assistants will live all around us—in our kitchen appliances, car dashboards, computers, glasses, showers and more.

Mr. Bouzid also predicts that physical objects around us will initiate conversations to tell us what’s wrong or how to better interact with them. “Our printers will be able to say ‘My cyan ink is low. I’d appreciate it if you’d please recharge it.’”

Sadly, it seems, my son will know what a printer is.

Write to Joanna Stern at joanna.stern@wsj.com