SINGAPORE – The showflats of two condominium projects in Bartley by SingHaiyi Group will open for viewing on Thursday (April 18). The property developer... 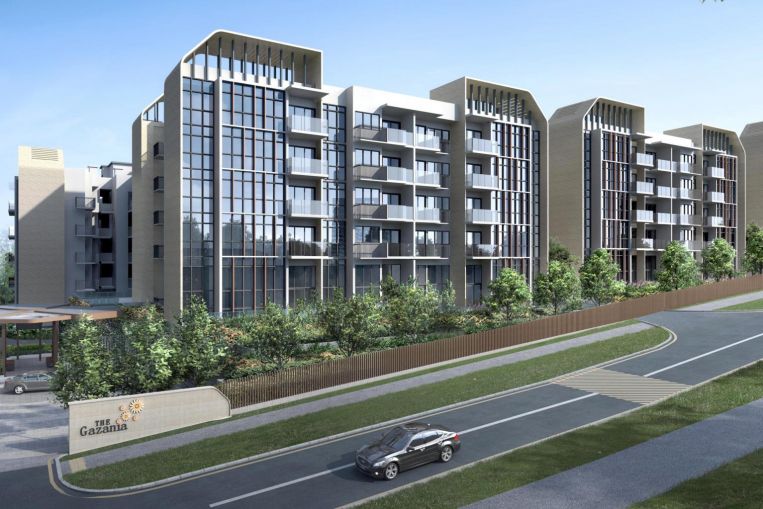 SINGAPORE – The showflats of two condominium projects in Bartley by SingHaiyi Group will open for viewing on Thursday (April 18).

The property developer announced this on Monday (April 15) at a media preview at 16 Tai Seng Street, where potential buyers can view the showflats.

The two development will be launched together in about two weeks and are due to be completed in the second half of 2022.

The Lilium will have two- to four-bedroom units that are expected to cost about 5 per cent to 10 per cent less per square foot.

Mrs Celine Tang, SingHaiyi’s group managing director, said in a press statement: “We are confident that the twin freehold developments will attract strong interest from both homeowners and investors alike, given their attractive pricing and luxury features.”

She also pointed out their strategic location in “one of the most coveted neighbourhoods at the city fringe”.

The condos are a three- to five-minute walk to Bartley MRT on the Circle Line and also a few minutes’ drive to major expressways like the Kallang-Paya Lebar Expressway.

They are located near the upcoming 10ha Bidadari Park as well as shopping mall Nex in Serangoon.

SingHaiyi’s deputy chief executive officer Gregory Sim said at the preview that the two projects are likely to be the first freehold developments to be launched in District 19 in the past five years.

“Singapore is so small with scarce land, (so) to own a freehold residential (home) is really quite rare nowdays. Plus, it’s so near to the MRT station,” he added.

Mr Sim said these attributes had beenconsidered in the pricing process, noting that some former residents of the en-bloc sites as well as landed homeowners in the area have already expressed interest in the projects.

The marketing agents for the properties will be PropNex, Savills and Huttons.

Mr Sim said it is that likely 50 per cent of the units will be launched first.

SingHaiyi Group acquired the land parcels via collective sales in late 2017. The Gazania site was bought for $271 million and The Lilium site for $81.1 million.