SHENZHEN – Singapore is prepared for the negative consequences of the US-China trade war, but the country must step up its transformation of the... 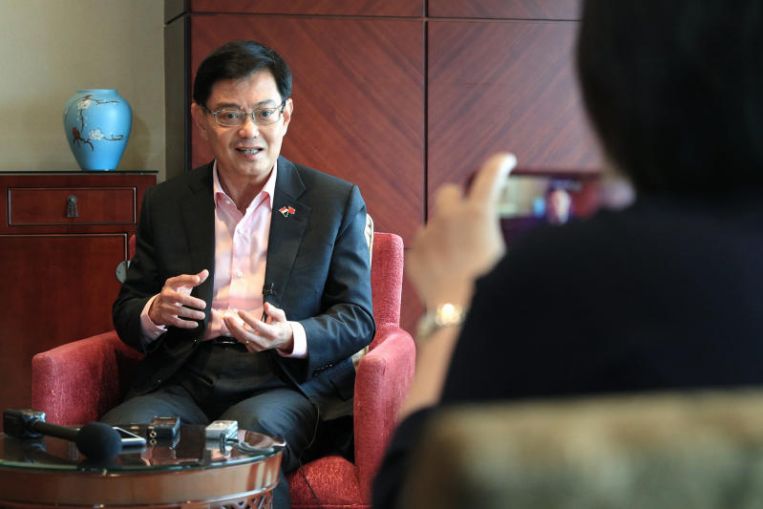 SHENZHEN – Singapore is prepared for the negative consequences of the US-China trade war, but the country must step up its transformation of the economy if it is to deal with the fallout, Deputy Prime Minister Heng Swee Keat said on Tuesday (May 28).

His comments come as Singapore’s economic growth is feeling the effects of the escalation of trade tensions between the world’s two largest economies.

Speaking to reporters in Shenzhen, Mr Heng said the US-China trade war was not an issue that could be resolved immediately, and that both the Singapore economy and the global economy were going to be affected negatively.

The Republic’s growth in the first three months of the year was not only slower than forecast, but it was also the slowest quarter growth in nearly a decade.

The Ministry of Trade and Industry said last week that it had narrowed its full-year growth forecast to between 1.5 per cent and 2.5 per cent, down from 1.5 per cent to 3.5 per cent.

But Singapore can weather the storm, Mr Heng, who is also Finance Minister, said in an interview wrapping up his visit to mainland Chinese cities. He later left for Hong Kong, the last stop of his eight-day visit.

“The main thing that we must do is to ensure that we transform our economy at an even faster pace, because besides the trade war, we are also going to be faced with very rapid changes in technology,” he said.

He added that while this economic transformation was taking place, workers must also not be left behind.

“This is of utmost importance, and we must focus our minds and our energies on this. I hope that corporate leaders will take this very seriously – this is also an opportunity to turn adversity into strength,” he said.

Since China and the US failed to reach a trade deal in Washington earlier this month, they have imposed tit-for-tat tariffs on each other’s goods that are worth billions of dollars.

While Singapore and other countries hope there would be a resolution to the conflict, they should also work on other initiatives to further cooperation across different countries, Mr Heng said.

The Deputy Prime Minister, who met top central and regional Chinese leaders during his visit over the past week, said while they were concerned about the trade war, they remained hopeful that the dispute could be resolved “in time to come”.

“At the same time there is also a preparation that the Chinese people would have to stay resilient if the trade war escalates further,” Mr Heng said.

“There is a recognition that it is to no one’s benefit, neither the US nor China, to have this trade war, and the effects on the regional and global economy will be very negative. But this is not an issue that can be resolved immediately,” he added.