SINGAPORE – Manufacturing growth slipped to a more than two-year low last month after a brief uptick in March as the electronics sector continued... 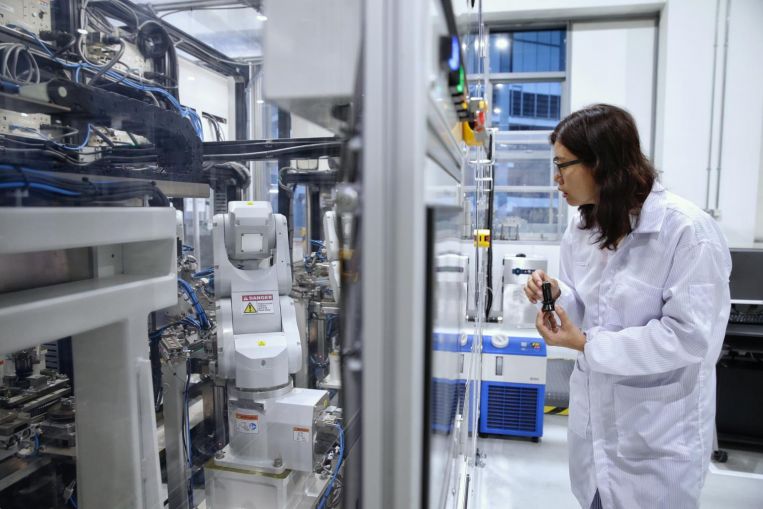 SINGAPORE – Manufacturing growth slipped to a more than two-year low last month after a brief uptick in March as the electronics sector continued to shrink.

Singapore’s Purchasing Managers’ Index (PMI), a key barometer of activity in the manufacturing industry, slipped to 50.3 in April, down 0.5 point from March to its lowest reading since November 2016.

The electronics sector PMI came in at 49.5, down 0.3 point from March, marking six months of consecutive contraction.

The headline PMI though weaker, came in above 50, below which indicates contraction, meaning factory activity has expanded for 32 straight months. But as UOB economist Barnabas Gan noted, the PMI has declined for 12 out of the last 15 months.

The Singapore Institute of Purchasing and Materials Management (SIPMM), which compiles the index by surveying around 150 industrial firms, said: “Anecdotal evidences suggest that manufacturers are facing increased pressures due to global uncertainties.

Mr Gan said the weaker PMIs can be attributed to a lacklustre external environment, highlighting that new orders, new exports and factory output were among the key drags.

Other drags on the overall PMI were in the inventory and employment levels, while the indexes of finished goods and imports saw slower rates of expansion. Supplier deliveries expanded faster, while the order backlog continued to contract.

In the electronics sector, the shrinking was due to weaker new orders, new exports, factory output, inventory and employment level. The electronics order backlog index also contracted for a 12th continuous month.

But there are a few bright spots, with CMC market analyst Margaret Yang noting that the contraction in electronics PMI “is playing a smaller role in the overall PMI downtrend”.

“The decrease in electronics PMI has been moderating and if you look at the past few months, it’s actually starting to bounce back,” she told The Straits Times, adding that this may bottom out soon.

Ms Yang points to uncertainty over protracted trade talks between the United States and China, as well as weakness in Chinese imports as factors impacting Singapore.

While China’s PMI readings have been above the 50-point mark in the last two months and its exports have rebounded, Ms Yang said: “Its imports are still in the negative territory, which may be a drag for the rest of the region.”

“Singapore is very reliant on China imports, because about a quarter of Singapore’s overall exports go to China,” she added.

UOB’s Mr Gan noted that China’s imports from Singapore grew for a second straight month after six consecutive months of decline. If this persists, it could serve as a cushion to Singapore’s manufacturing export environment, he said.

South Korea, Thailand and Vietnam saw an uptick, but India lost momentum for a second month and Taiwan’s manufacturing sector has now contracted for seven months in a row, highlighting ongoing headwinds for the tech cycle.

“Trade, in short, remains stuck, including in developed markets,” the report added. “It all points to tentative stabilisation, but hardly a surge in activity.”