(CNN) — The wait is finally over for travelers who frequently fly into Singapore’s Changi Airport. More than five years since revealing plans for... 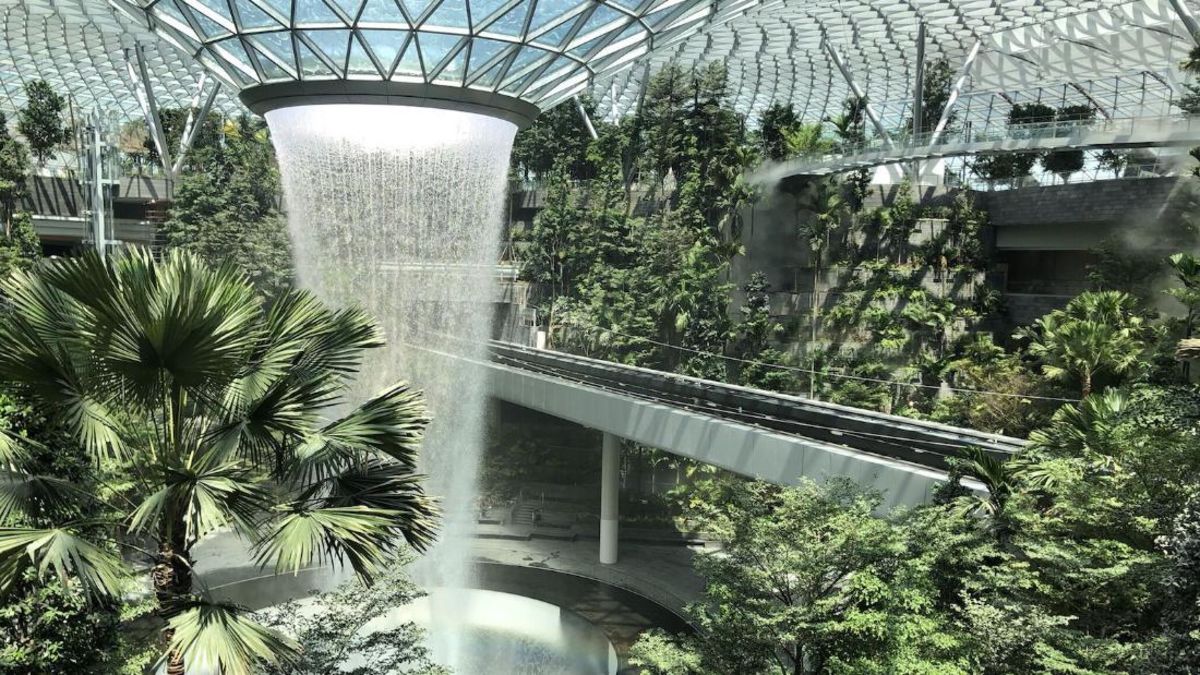 (CNN) — The wait is finally over for travelers who frequently fly into Singapore’s Changi Airport.

More than five years since revealing plans for the airport’s stunning new addition, officials have announced that the “Jewel Changi Airport” complex will open to the public on April 17.

With its “delicate” latticework of glass panels framed in steel, the distinctive doughnut-shaped Jewel is first and foremost a central hub, connecting three of Changi Airport’s current four terminals.

But it’s also potentially a destination in its own right, featuring a large mall to entice locals and visitors alike.

Conceived by world-renowned architect Moshe Safdie as a new “magical garden,” Jewel Changi Airport is over 1.4 million square feet (130,000 square meters) and cost a reported SGD$1.7 billion (about US$1.25 billion) to build.

It will have a total of 10 stories — five above ground and five below — filled with various attractions, gardens, 280 retail and F&B outlets and a 130-cabin YOTELAIR Singapore Changi Airport hotel. Passengers will also be able to access early check-in facilities.

Perhaps the most impressive aspect of the project is the Rain Vortex. At over 130 feet high, it’s the world’s tallest indoor waterfall.

But those looking forward to checking out the promised Canopy Mazes, Sky Nets, Discovery Slides and 50-meter Canopy Bridge will have to wait a little bit longer.

In the meantime, other highlights include Jewel’s Forest Valley, a huge four-story garden filled with walking trails set amid more than 235,000 square feet of space dedicated to landscaping, making it one of the largest indoor collections of plants in Singapore.

The design concept is an extension of Singapore’s reputation as a “City in a Garden.”

“I wanted to explore a new kind of urban space, a space you go to as a matter of course, because you need to shop, because you’re flying out somewhere, and yet it’s a garden — somewhere that says ‘let’s rethink what the public realm is, let’s rethink what it is to shop,'” architect Safdie told CNN Travel last year.

“I think one of the reasons [we won] the bid was that the other submissions looked like malls and felt like malls, while this one, you don’t think of it as a mall, because it’s a new kind of experience. It makes us rethink what urban centers could be like if we stretch our thinking.”

The Jewel will boost the already impressive offerings of an airport that’s been voted best in the world by Skytrax for six years in a row.

Changi Airport is the world’s seventh busiest airport for international traffic. A record 65.6 million passengers passed through its four terminals in 2018, according to airport figures.

Sonia Kolesnikov-Jessop contributed to this report.