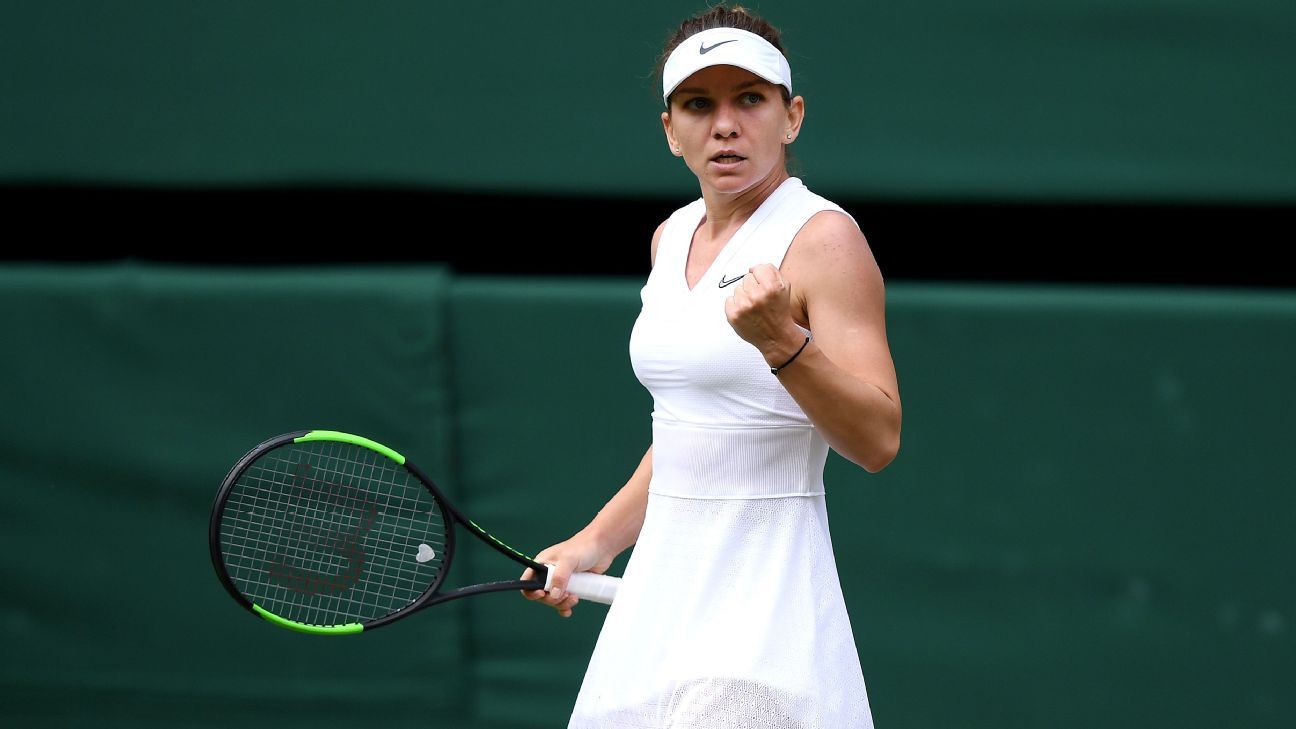 The former No. 1 advanced to Saturday’s championship match at the All England Club by beating Elina Svitolina 6-1, 6-3 on Centre Court.

Halep broke Svitolina three times in the first set, and then again to take a 4-3 lead in the second. She won the match with another break in the final game.

The Romanian won the French Open last year and has reached the final at Roland Garros on two other occasions. She also reached the Australian Open final in 2018, but her previous best at the All England Club had been a spot in the semifinals in 2014.

“It’s an amazing feeling and I’m really excited — and also nervous because of this,” Halep said. “It’s one of the best moments of my life.”

Halep will face either seven-time Wimbledon champion Serena Williams or Barbora Strycova in the final.

Svitolina, seeded No. 8, had never been to the final four at any Slam before this tournament.