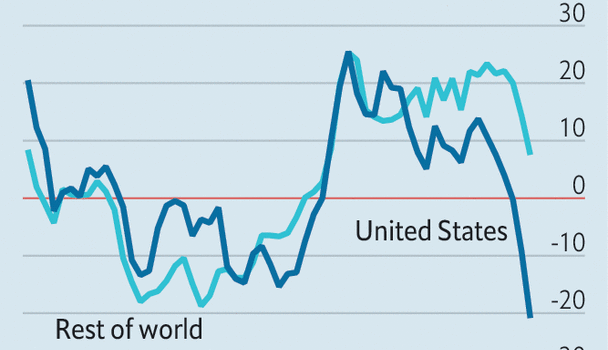 LAST YEAR, when American officials visited Beijing for trade negotiations, they spent more time fighting among themselves than against China. They could not agree on who should lead the talks or what their goal should be. Seeing such amateurism, their Chinese interlocutors reckoned that they had little to worry about.

Many of the same Americans have been back in Beijing for more talks in recent days. But this time they had an undisputed leader—Robert Lighthizer, the hard-nosed United States Trade Representative—and a clear set of demands. Their Chinese counterparts, having seen President Donald Trump’s zeal for tariffs, knew that they had something to worry about after all.

America has set a deadline of March 1st for an agreement. If it is missed, tariffs on $200bn-worth of imports from China are due to rise from 10% to 25%, inflicting more pain on a slowing Chinese economy. That would invite a sharper backlash from China. Its ability to direct firms to shift purchases to other countries has already hurt American exporters (see chart). Chinese officials resent the deadline but it has focused minds. The latest talks, which began on February 11th and were due to end on February 15th, are the third round this year. 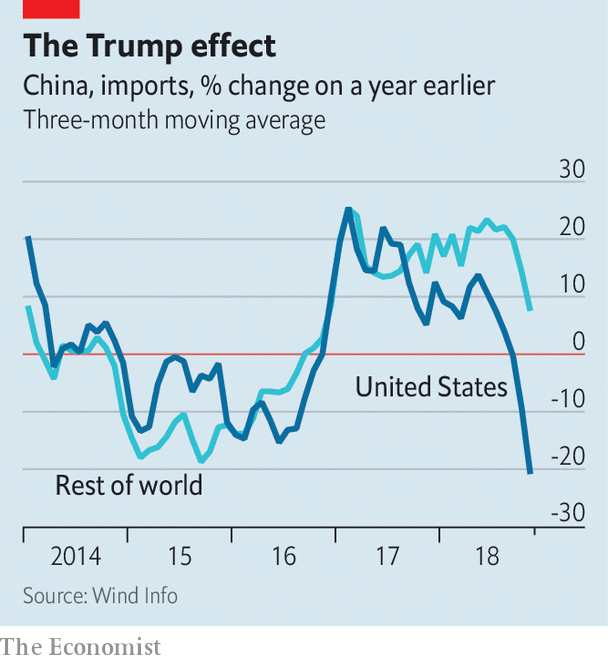 All this has fed expectations that the two sides could soon make peace—or at least extend their truce. Mr Trump told reporters that he might let the deadline slide if a good deal is within reach. Another meeting between Mr Trump and Xi Jinping, China’s president, is under discussion. Investors have taken heart. American and Chinese stockmarkets have both risen by about 10% this year.

The outlines of a deal have been in view for a while. China would probably promise to buy lots of goods from America, from soyabeans to natural gas, and allow foreign companies more access to its economy. America would cut tariffs and perhaps promise to remain open to Chinese investors, as long as they are not part of a state-backed assault on sensitive technology.

Yet when negotiators get into the details, problems surface. After many frustrating years waiting for China to open its markets, the Americans suspect that its pledges will be empty. The Chinese suspect that America is motivated by a desire not for fair trade but for thwarting a new rival.

Two key outstanding questions are thus how to measure whether China lives up to its word, and what America can do if it fails. Scott Kennedy of the Centre for Strategic and International Studies in Washington says changes should be measured by China’s economic outcomes, not by its stated policies. The government has, for instance, agreed to scrap rules that foreign firms must find local partners to make cars in China. The test, says Mr Kennedy, ought to be whether foreign carmakers actually do set up wholly owned firms in China and operate them successfully.

And if it is judged that China is not keeping its promises? One option is to submit disputes to neutral arbitration. Mr Lighthizer is said to dislike this idea. Another is to give America the right to slap tariffs unilaterally on Chinese goods—which China is understandably loth to accept. Even as the trade war seems to be cooling, a chasm still lies between the combatants.