A top Iranian security official said that Tehran made a grave mistake by agreeing to the 2015 multilateral nuclear deal, and warned of a... 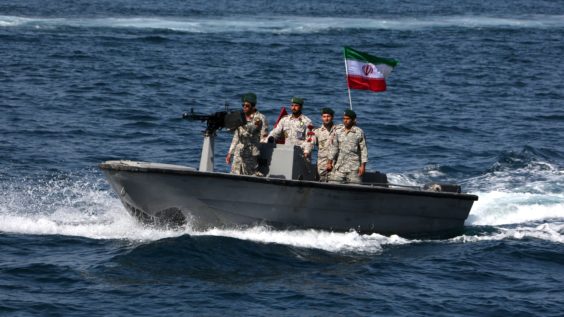 A top Iranian security official said that Tehran made a grave mistake by agreeing to the 2015 multilateral nuclear deal, and warned of a regional war if a conflict breaks out between the US and the Islamic Republic. In an interview with NBC News, Ali Shamkhani, secretary of Iran’s Supreme National Security Council, added that the Trump Administration’s “maximum pressure” campaign against Tehran would not force the mullahs back to the negotiating table. “The sanctions [are] not for [promoting] negotiation[s]. It’s for making us surrender,” Shamkhani said. Notably, he also referenced Israel, accusing US President Donald Trump of endangering the Jewish state by having withdrawn in May 2018 from the nuclear agreement. Thereafter, the US leader re-imposed crippling sanctions on the Islamic Republic, which have reduced its oil exports by an estimated 80 percent. Since then, tensions in the Gulf have skyrocketed, with the White House accusing Tehran of attacking numerous vessels transiting vital waterways, and of ordering its proxies to target American and Saudi interests in the Middle East. Shamkhani acts as the military adviser to Iranian Supreme Leader Ayatollah Ali Khameni.