Shocking Videos of May Day Protests from Streets of Paris

As the world celebrates Labour Day on May 1st, several countries have witnessed the annual May Day protests, with the biggest in France. Videos and... 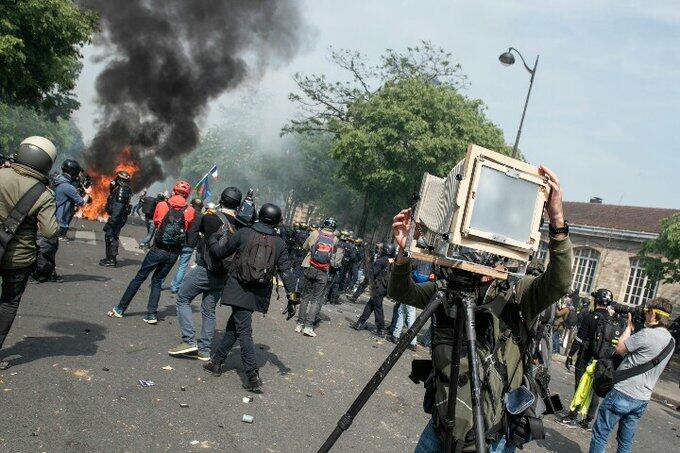 As the world celebrates Labour Day on May 1st, several countries have witnessed the annual May Day protests, with the biggest in France.

Videos and photos emerged from Paris and other cities around France showing the chaos taking place in France as police forces fired tear gas on masked protesters who joined the march.

Protests on May Day have been traditionally taking place in France every year led by labor unions in the country.

Yet this year’s protests had brought together the “Yellow Vest” movement and the “Black Blocks” protesters onto the streets.

VIDEO: 🇫🇷 Clashes have broken out in Paris between police and “black bloc” protesters who joined “yellow vest” demonstrators at the front of the march before the official start of the trade union demonstration on #MayDay #LabourDay #1erMai pic.twitter.com/Cp6c14CiXk

While some protesters smashed shops and windows and also threw projectiles at police officers, many demonstrators have been non-violent.

According to local media reports, around 380 people were arrested and 28 injured. Meanwhile, police statements said the union was never was targeted but the police officers were carrying out their mission “with determination against violent thugs”.

Videos of clashes were widely shared on social media amid criticism of the mainstream media for not covering it the same they are ignoring the Yellow Vests protests that have been ongoing for months.

This comes amid wide criticism faced by the mainstream media over their coverage of the weekly Yellow Vests protesters.