Shell plans to add new clean energy projects in Oman and boost its renewables portfolio as the sultanate aims to generate 30 per cent... 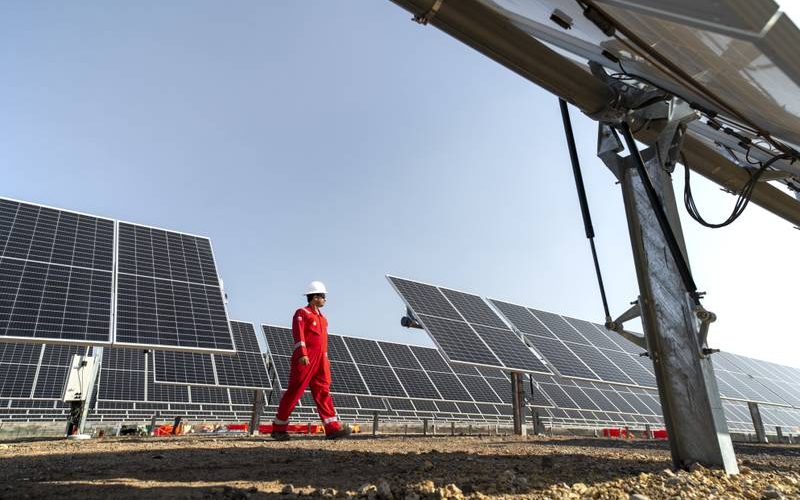 Shell plans to add new clean energy projects in Oman and boost its renewables portfolio as the sultanate aims to generate 30 per cent of its electricity from green sources by 2030.

(August 29, 2021 – Oman) – The company launched the 25-megawatt Qabas solar plant in Sohar in January, which was Shell’s first renewable project in the Middle East.

“We have the ambition to grow beyond the first project, especially in the context of energy transition and reducing the carbon footprint both for the country and for ourselves,” Walid Hadi, vice president and country chairman for Oman Shell, told The National.

Oman is building renewable energy plants across the country to increase supply of clean power to both homes and industries as part of its commitment to the Paris Accord, which it signed in 2016.

Some of the plants are already operational, including the $125 million Dhofar wind farm, developed by Abu Dhabi’s Masdar and funded by the Abu Dhabi Fund for Development. The total capacity of the plant is 50MW.

“We have a number of projects in the pipeline and we have an intent to mature more,” Mr Hadi said.

But he declined to disclose the number of projects or the money the company intends to invest in the coming years.

Besides solar power, the company is also looking at wind energy projects as “there [are] pretty rich wind corridors in the country”, he said.

Shell is planning to add more clean energy projects to its global renewables portfolio in a bid to become a net-zero emissions energy company by 2050, Mr Hadi said.

Publicly listed oil companies around the world have come under increasing pressure from activist investors, governments, courts and large institutional investors that promote environmental, social and corporate governance standards to reduce their carbon footprint and transition to clean energy.

Currently, Shell has 2.6 gigawatts of renewable generation capacity in operation and 7.5 gigawatts in development globally, the company said.

“There is only one path to renewables and that is a growth path. It i the energy of the future … there is an opportunity for energy companies to lead through the transition and return value to the shareholders,” he said.

Shell has a 34 per cent stake in state-owned Petroleum Development Oman, which accounts for more than 70 per cent of the country’s crude oil production and nearly all its natural gas supply.

It also has a 49 per cent interest in Shell Oman Marketing Company, which provides services and sells fuels, lubricants and grease.

Oman Shell is also part of the national hydrogen alliance set up by the Ministry of Energy and Minerals this month to develop the country’s hydrogen economy.

“The job of this alliance is to put public sector, private sector and academia and the regulators on one table to say ‘here is what we need to do to initiate a hydrogen economy in Oman, these are the investments required, these are the regulations we need, here is the technology that will evolve over time’ and, from that, start creating an ecosystem that makes it easier for companies to come and invest in hydrogen,” Mr Hadi said.

“It is a long journey but it is starting in the right place and right people are around the table including the biggest energy producers in Oman, the Ministry of Energy, Sultan Qaboos University and other public and private sector companies.”

French investment bank Natixis estimates that investment in hydrogen will exceed $300bn by 2030.

The UAE and other countries in the region are planning to produce hydrogen and tap into the clean fuel’s potential.