Call it the Power Play for Pavelski. After Sharks captain Joe Pavelski was high-sticked and bloodied by Vegas’ Cody Eakin, San Jose capitalized on... 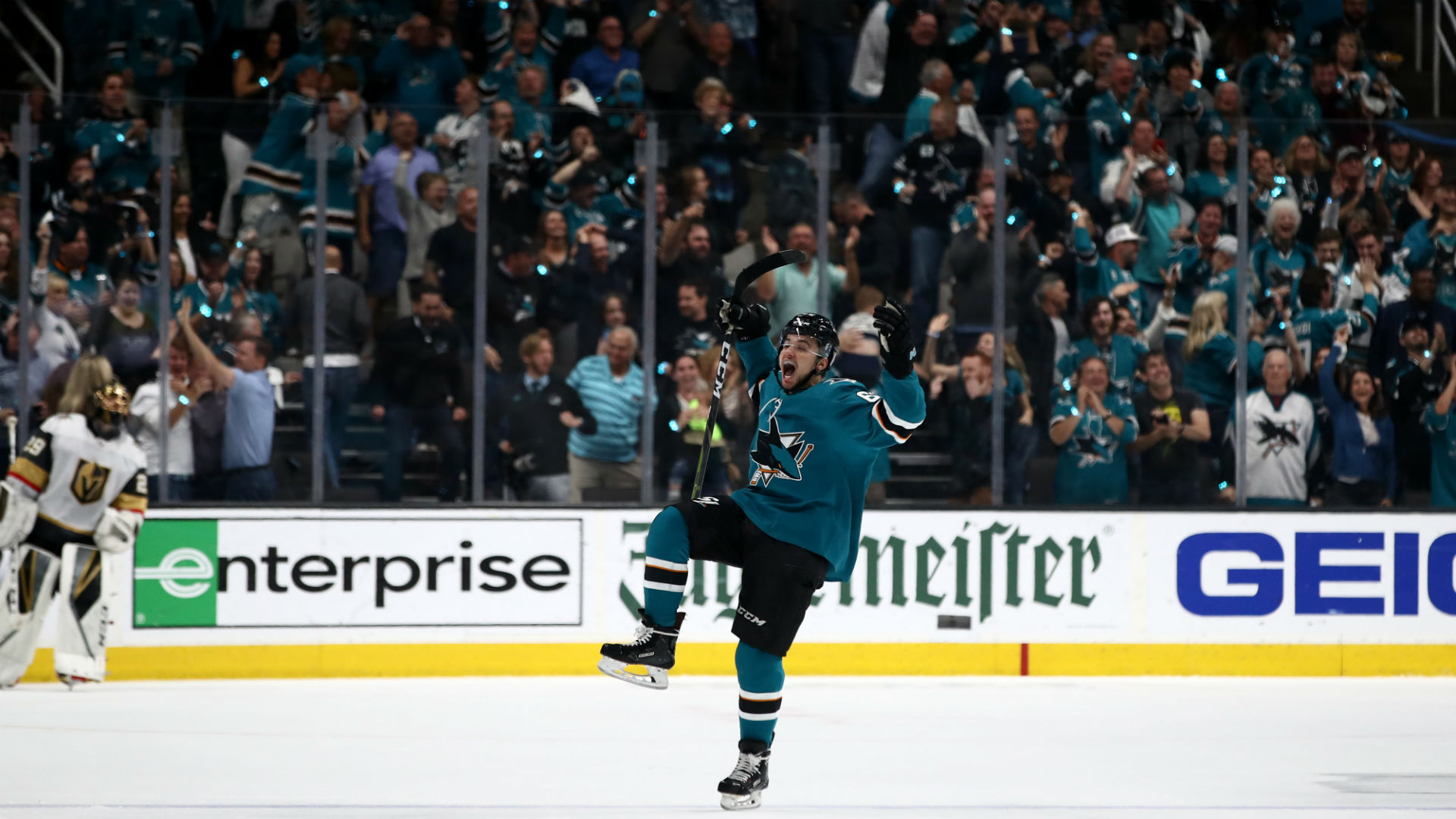 Call it the Power Play for Pavelski.

After Sharks captain Joe Pavelski was high-sticked and bloodied by Vegas’ Cody Eakin, San Jose capitalized on the five-minute major to score four goals in four minutes and take a lead in Game 7 of their first-round playoff series. San Jose tied an NHL record for power-play goals in a single postseason frame, according to NHL Public Relations.

With Pavelski’s blood barely scraped off the ice, Logan Couture scored the first goal. Game 6 hero Tomas Hertl added the second. Couture then netted his second of the power play. Kevin Lebanc completed the comeback with the go-ahead marker at 13:21 of the period. Lebanc tied a Stanley Cup playoff record by notching four points in a single period; he assisted on San Jose’s other three scores.

The SAP Center crowd in San Jose could not contain itself as the Sharks turned a seeming certain defeat into what seemed to be an instant victory.

Vegas, however, tied the game with 47 seconds remaining on a Jonathan Marchessault goal and forced overtime.