Shane Lowry burst onto the professional scene with an incredible victory as an amateur at the Irish Open a decade ago, and he delivered... 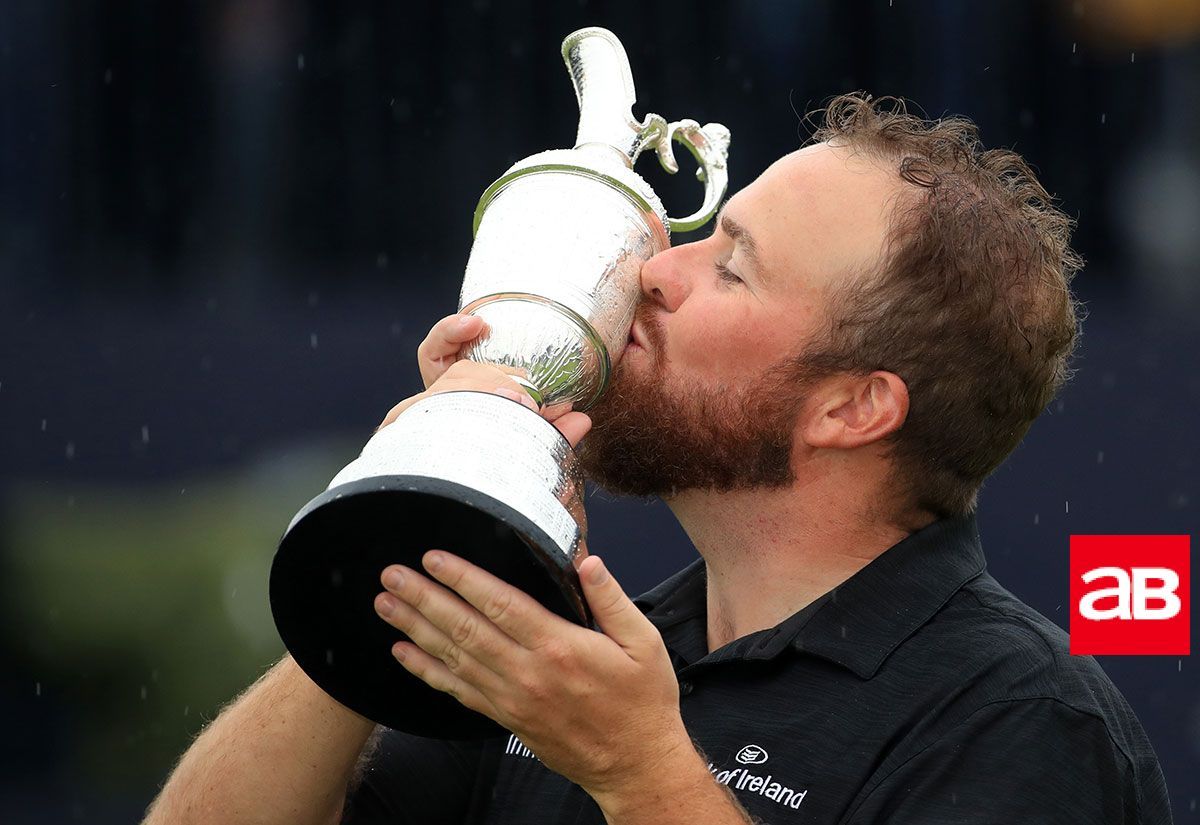 Shane Lowry burst onto the professional scene with an incredible victory as an amateur at the Irish Open a decade ago, and he delivered again on Sunday by romping to a memorable British Open triumph at a wind-swept Royal Portrush.

The 32-year-old became only the second player from the Republic of Ireland to win the Claret Jug, after Padraig Harrington, to the delight of the home crowds as the Open was given a dream result on its return to Northern Ireland after a 68-year absence.

The stunning six-shot win, after leading by four strokes overnight, also banished the demons of Lowry’s collapse when four clear in the 2016 US Open at Oakmont.

The son of Gaelic football player Brendan Lowry, who won the All-Ireland title with Offaly in 1982 alongside his brothers Mick and Sean, claimed one of the unlikeliest of titles on his European Tour debut in 2009.

Lowry entered that Irish Open at County Louth without a world ranking, but fired a 62 en route to an eventual win over England’s Robert Rock on a third sudden-death play-off hole.

That victory had him earmarked as a potential star of European golf, but until this incredible week on the Causeway coast, he had perhaps slightly under-achieved despite some high moments.

Lowry missed out on the 500,000-euro winning prize, though, due to his amateur status, and he quickly turned pro the next week.

Three straight missed cuts followed, but he steadily found his feet on the tour and took his second title at the Portugal Masters in 2012.

He announced himself to a wider audience with a two-stroke win over Bubba Watson in the 2015 WGC-Bridgestone Invitational, and then put himself in pole position to grab a first major title at Oakmont.

Lowry played brilliantly to seize a four-shot advantage heading into the fourth round that Sunday in 2016, but he cracked, falling to a 76 and a tie for second, three strokes behind winner Dustin Johnson.

But he said that experience had put him in good stead this time around.

Northern Irishman Graeme McDowell, the 2010 US Open winner, said that Lowry has always possessed the game of a major champion.

“(Coach) Pete Cowen tells an amazing story. (He) went to the Irish squad training down in Dublin and the guy said, ‘Who do you like?’ And he obviously said, ‘Rory McIlroy looks pretty good, but that slightly overweight kid with the glasses on, who was Shane Lowry at the time, he looks good’,” said McDowell.

“So he’s always been talented.”

Lowry slipped down the rankings after his US Open disappointment from a career-high 17th, finding himself the world number 92 after the Open 12 months ago.

“I sat in the car park in Carnoustie on Thursday, almost a year ago right to this week, and I cried,” he said.

He found form this year, though, winning his fourth European Tour title in the Abu Dhabi Championship and finishing in the top 10 at May’s PGA Championship, his first top-10 at a major since Oakmont.

He says a more relaxed approach has helped him return to the upper echelons of the game, as he is projected to climb back to 17 in the rankings on Monday.

“It probably doesn’t mean as much to me as it did then.”

That did not appear to be the case on the last green at Portrush on Sunday, though, as Lowry took the acclaim of thousands of jubilant fans on a spine-tingling walk up the 18th fairway, with his arms held aloft.

The party could last long into the night, after the fresh-faced lad who had become only the second home winner of the Irish Open 10 years before, saw his career come full circle as, with a big smile across his bearded face, he lifted golf’s oldest major trophy.