Patience is one of Shakur Stevenson’s great gifts. In the ring, he patiently plots out enough space to hit opponents and not get hit... 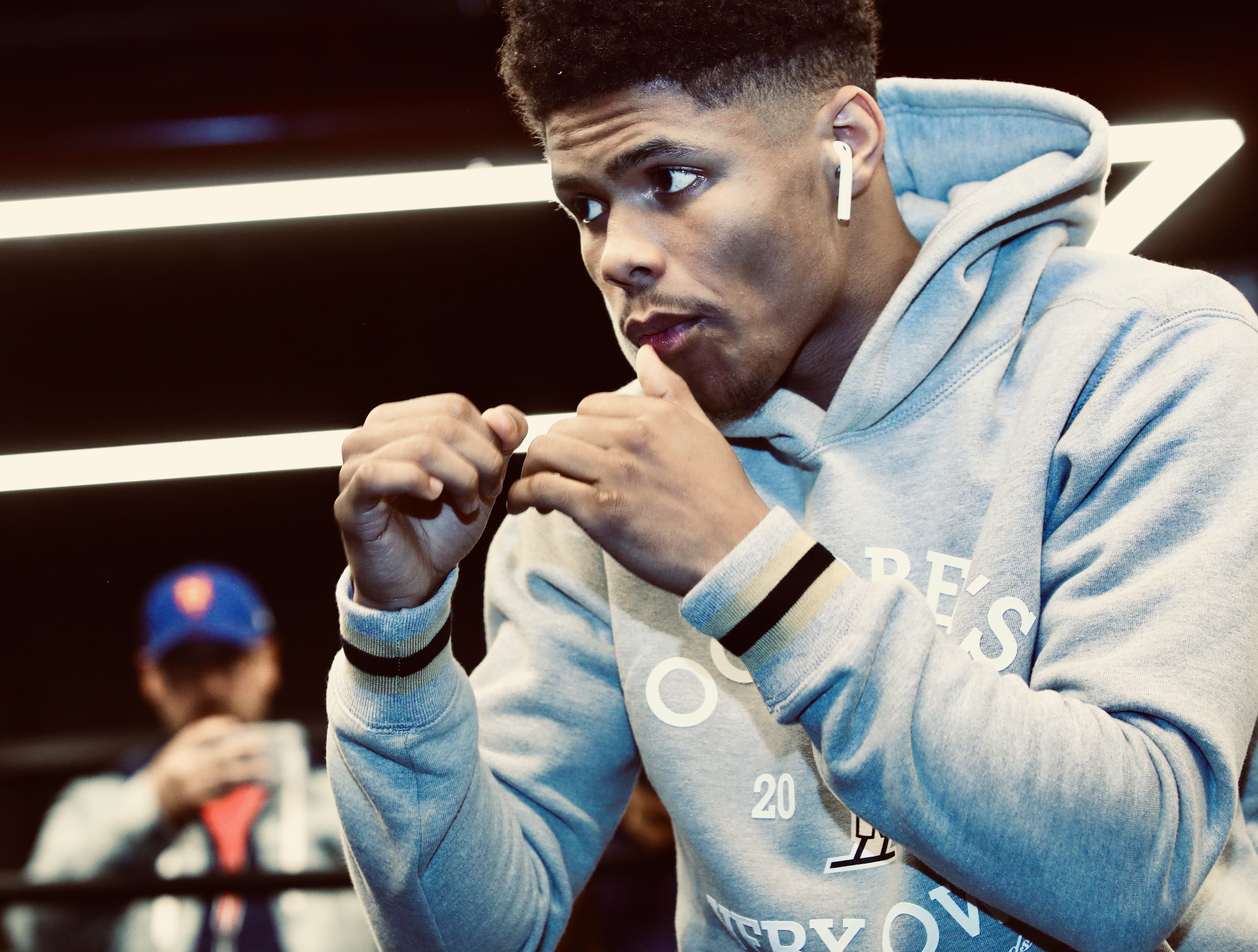 Patience is one of Shakur Stevenson’s great gifts.

In the ring, he patiently plots out enough space to hit opponents and not get hit — a boxing skill and ability well beyond his 21 years. Plus, he makes it look so smooth.

He heard the criticism about his lack of punching power and patiently sat back and studied Terence Crawford during training camps, learning how to properly sit on his punches for some more pop. The byproduct: four TKOs in his last five fights. Can’t say his punches don’t have pop now.

All that said, Stevenson’s patience is wearing as thin as dental floss these days.

Ten fights into his professional career, with a pristine 10-0 record (including six knockouts), the Newark, N.J. native is eager to wrap featherweight gold around his waist. And Stevenson believes his fight against a more seasoned Christopher Diaz (24-1, 16 KOs) on the Crawford-Amir Khan card Saturday night at Madison Square Garden in New York City can be a springboard to do just that.

If that projection pans out, Stevenson will make his next move.

Added Stevenson: “That’s close. That’s probably another year or so.”

There, at junior lightweight, Stevenson could face Gervonta Davis someday or find himself on a collision course with Ryan Garcia. Both Stevenson and Garcia are young, handsome and undefeated, having each been dubbed the future of boxing early into their pro careers. So, just imagine the potential either of those fights would pack.

That’s all the more reason Stevenson wanted to cement this fight with Diaz.

“I’d rather fight top competition,” he said. “I feel like a lot of people say they want top competition, but they’re not going to actually get in there and sign the step-up fights. I want to fight somebody, so.”

Furthermore, handpicking a soft touch would have delayed the process; this caliber of opponent could put Stevenson on a faster track.

An emphatic victory over Diaz would inch Stevenson not only to a world title shot, but also exemplify why former boxing champion Andre Ward, Rap-A-Lot Records CEO and hip-hop legend James Prince and lawyer Josh Dubin all invest time in the Newark product as his managers, why Floyd Mayweather Jr. once referred to him as “the next Floyd Mayweather” and why Crawford has taken the young man under his wing as his mentee.

“It’s a bunch of advice that he told me that helps me,” Stevenson says of Crawford. “A lot of stuff. I talk to him all the time.”

After winning a silver medal in the 2016 Olympics, Stevenson became somewhat of a media darling, with his hype ballooning before he went pro during the spring of 2017.

There have been bumps in the road — namely a 2018 arrest and misdemeanor battery charge for his role in a Miami parking lot brawl —but Stevenson’s 10-0 record speaks to his potential and growing star power.

“Of all the top, young fighters, I’m the top dog,” Stevenson said.

“I just want everybody to know that I’m here. I’m here,” he said. “I feel like I don’t get the respect I deserve and I feel like I should be respected a lot more, so after this fight I feel like the world will see and everybody will see who I truly am.”

After all, a 21-year-old boxing stud could only have so much patience.