Several wildfires broke out across Israel on Wednesday as the country faces an extreme heatwave. Temperatures across the nation have ranged from 39 Celsius... 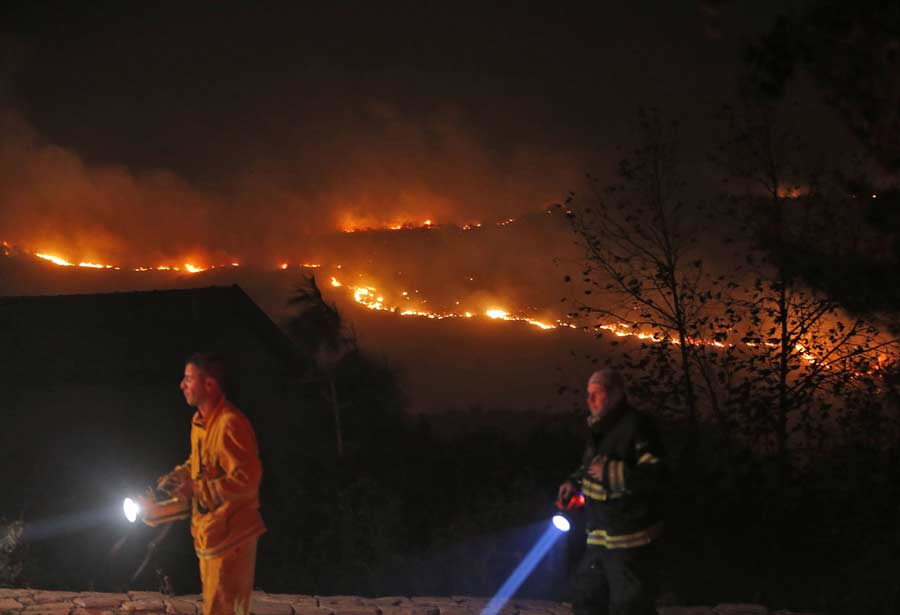 Several wildfires broke out across Israel on Wednesday as the country faces an extreme heatwave. Temperatures across the nation have ranged from 39 Celsius (102 Fahrenheit) in Tel Aviv to 42 Celsius (108 Fahrenheit) in the southern city of Beersheba. “We call on the public, especially elderly people and those who suffer from chronic illnesses, to avoid sun, heat exposure and unnecessary physical effort,” a Health Ministry statement advised, adding that people should remain in air-conditioned spaces and drink plenty of water. The Israel Fire and Rescue Services also issued a statement banning fires from being lit in open areas and forests. Five houses in a neighborhood in Or Yehuda, a city close to Tel Aviv, caught fire as police evacuated residents. Another fire also broke out near the northern city of Haifa, however emergency forces were eventually able to contain it. Authorities have also evacuated residents from Jewish communities in the West Bank. Additional forest fires broke out in Modi’in, Petah Tikva, Kfar Saba and Kfar Yona in central Israel, as well as Ashdod in the South.