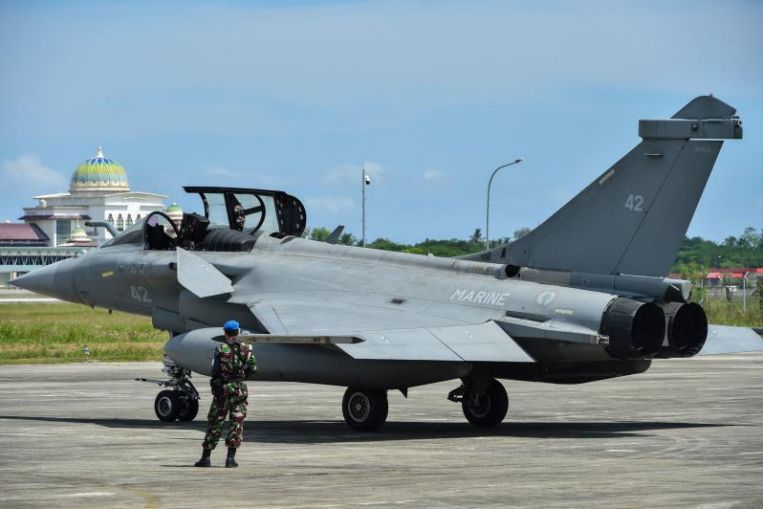 The Dassault Rafale planes managed to land safely in Aceh province on the tip of the island of Sumatra on Saturday after taking part in an exercise.

The planes were diverted to the nearest air base, the Sultan Iskandar Muda air base in Aceh Besar.

“We did a security and clearance inspection and coordinated with relevant parties. Everything was clear,” Colonel Arief said.

The crews were all cooperative and none of them carried individual weapons, he added.

Five of the jets returned to their carrier on Sunday, while two others are still at the Indonesian air base.
Add a comment