Serbia: Getting the Bronze Medal in FIBA Women’s EuroBasket Means So Much More

“They fought really hard and it just didn’t go our way. I thought they did really good and they gave it their all. But... 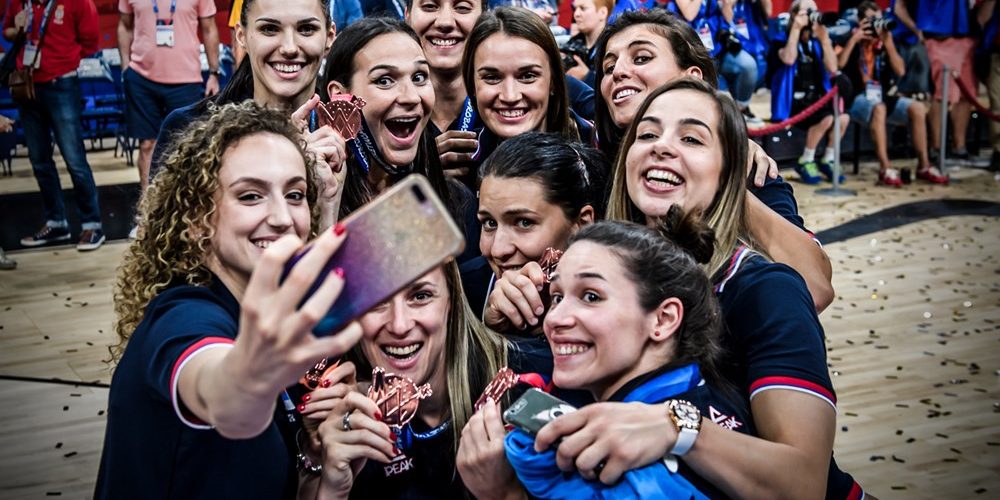 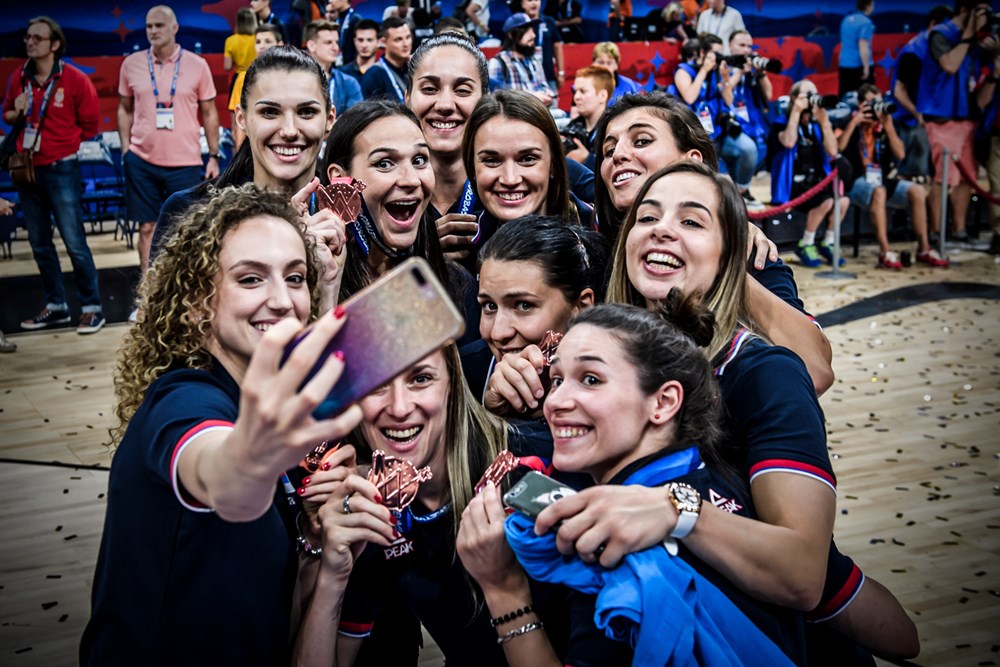 “They fought really hard and it just didn’t go our way. I thought they did really good and they gave it their all. But today we’re going to go for the medal.” These were the words of Jovana Vucetic outside the Stark Arena Beograd, one of the millions of basketball fans who had got behind this team in the past few weeks. The posters everywhere around the city of Belgrade urged the public to do so, the thousands of fans that turned up at the arena did with great volume, and the team managed to pull off an incredible performance to come away with a bronze medal.

But it wasn’t that easy. A frustrating build up to FIBA Women’s EuroBasket for the host nation of Serbia saw the local media concerned about not performing well on their home floor, as Head Coach Marina Maljkovic explained: “If they asked us two months ago if we wanted the bronze medal, we would have grabbed it immediately. The gold [in 2015] is the same [as this bronze]. For me personally it’s exactly the same.”

For a proud basketball nation, the team – which was dubbed The Queens in their home country after winning EuroBasket in 2015 and getting a bronze medal at the 2016 Olympics – was pleased to come through that difficult training camp with a place on the podium. Ana Dabovic had hardly played coming into the tournament, Jelena Brooks had a child just three months before, and injuries made Serbia incredibly nervous.

Nevena Jovanovic managed 11 points in the medal-winning performance and said after the contest: “Right now I have no words. I’m just so happy for this team. The past two months have been extremely hard and the medal is what we will remember. I’m grateful to be part of this team.”

Maja Miljkovic was one of the players brought back into the program to replace some injuries, after missing out on the nation’s previous successes, but she was grateful to a country that had embraced the team despite the issues: “We all grew up watching men’s basketball winning world championships, Olympic medals and European championships, so basketball in Serbia is huge and I’m very happy that in the last five, six, seven years that women’s basketball has started to become important.”

The crushing blow of losing the semifinal game was a tough pill to swallow for the host nation but Miljkovic set the tone early, scoring 7 of her team’s first 12 points. She said: “The semifinal was a very big disappointment. You could feel it in the air because we wanted to play in final in Serbia in front of our fans. It was very hard, but we know what we did for these two months of preparation and we could understand how important it was for this game. We came to an agreement that we are going to do our best and go out on the court and win the bronze medal game. There was no other ending for us.”

That belief didn’t waver, even as their rivals in the third-place game, Britain, managed to get back into the game before the end of the first half – at one point within three points. But Serbian came out in the second half with a renewed focus and shut their opponents down. Britain Head Coach Chema Buceta said after the game: “We knew what to do, but everything we tried didn’t work as much as expected, because they were shooting from outside. I think they had a great day.”

And his point guard Rachel Vanderwal summed it up when she said: “We got beat by the better team.”

Britain lacked the energy to stay with the Serbians in the second half, whereas the home team have been in these tournaments and played in finals before. They also had the backing of the 6,000 fans in the arena and many more tuning in across the country.

Even with Ana Dabovic sidelined with a broken hand for the bronze-medal game, and despite all the issues the team had in the past few months, this performance will go down as one of the country’s proudest achievements. Miljkovic said: “When Serbia won its first gold in 2015, the team got crowns, but I think we will later realise how big a success this year is.”

As the fans said outside the arena: “We’re very proud of them. We believe in these girls.”