Suez clashes came a day after dozens of protesters were reportedly arrested in Egypt’s capital, Cairo Security forces in Egypt... 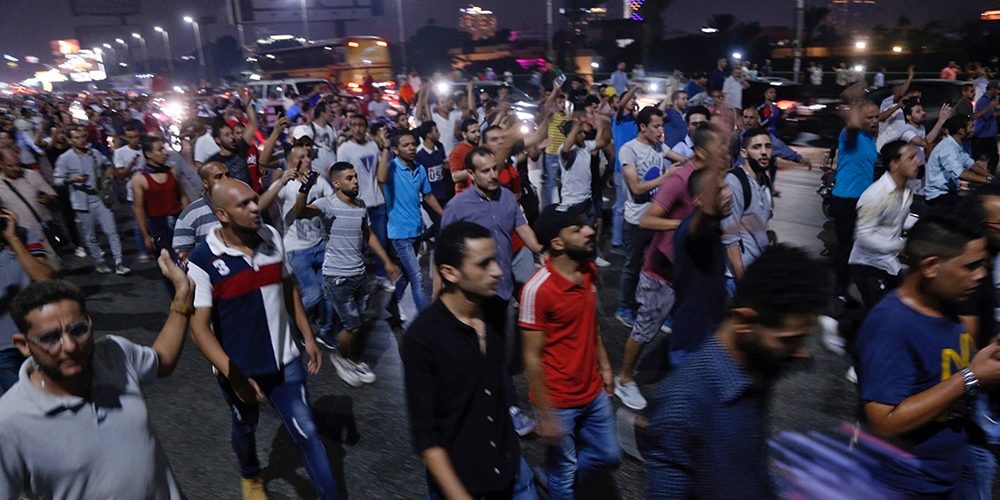 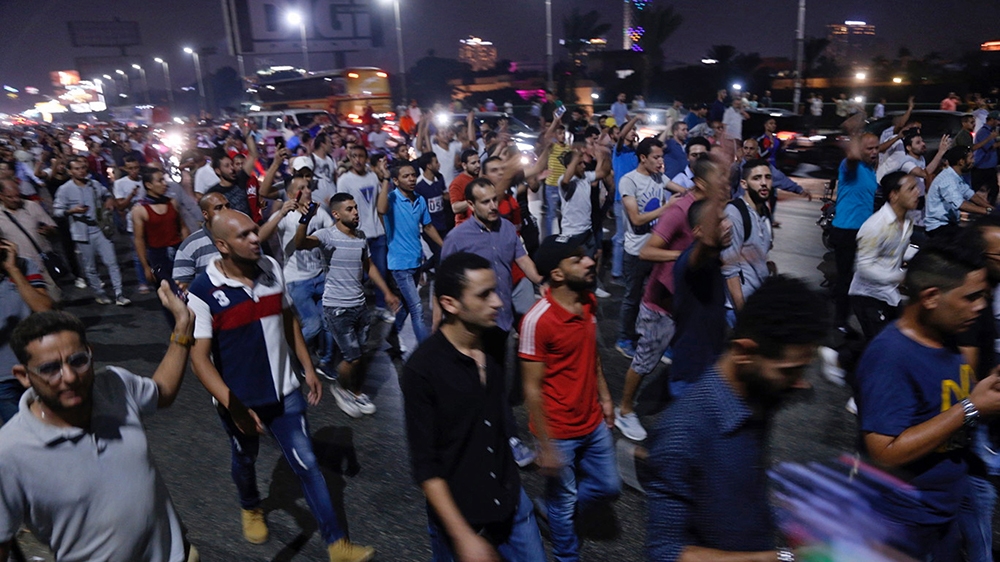 Security forces in Egypt have clashed with hundreds of protesters in the port city of Suez, according to media reports, firing tear gas and live rounds to disperse crowds calling for President Abdel Fattah el-Sisi to quit.

The unrest on Saturday came a day after thousands of people took to the streets in several Egyptian cities in a rare show of dissent against el-Sisi, who has overseen a broad crackdown on dissent including the jailing of thousands of dissidents and the effective banning of protests.

A protester in Suez told the AFP news agency about 200 people headed to the city’s downtown area for a second night in a row, where they were met by security forces and armoured vehicles.

“They [security force] fired tear gas, rubber and live bullets and there were injuries”, the man who declined to be named told the AFP.

Another resident, who also preferred to remain anonymous, said the tear gas was so thick it had reached her apartment block a few kilometres away from the turbulent downtown area.

“My nose started burning up. The smell was seeping through the balcony. I also saw some youth run and hide in our street”, the woman said.

Protests were also reported in Giza, the capital Cairo’s twin city, and in the northern town of Mahalla. Al Jazeera is banned from reporting inside Egypt.

Meanwhile, videos on social media showed dozens of Egyptians demonstrating in front of Sisi’s residence in New York, where he is scheduled to speak at the United Nations General Assembly next week.

The anti-Sisi demonstrations were met with tens of his supporters also staging a demonstration to chant slogans praising his acheivements.

The Egyptian diaspora in Washington also staged a vigil in front of the White House to denounce Sisi. The protesters called on US President Donald Trump to dend his support for Sisi and demanded that Sisi leave the US

The AFP, citing an unnamed security source, said at least 74 people had been arrested on Friday in the capital after clashes between police and protesters, who had marched through the streets of Cairo, chanting slogans including “Leave, Sisi!” and demanding the “fall of the regime”.

The Human Rights Watch has called for their immediate release. The Egyptian government is yet to comment.

The demonstrations were in response to an online call by an exiled Egyptian businessman, Mohamed Ali, who has accused el-Sisi and his aides of squandering public funds on vanity projects.

El-Sisi led the military removal of former President Mohamed Morsi in 2013 and won back-to-back landslide elections after running virtually unopposed. But his popularity has been dented amid discontent over rising prices.

El-Sisi’s government has imposed strict austerity measures in Egypt since 2016 as part of a $12bn loan package from the International Monetary Fund. Meanwhile, nearly one in three Egyptians live below the poverty line on less than $1.40 a day, according to official figures released in July. Other estimates put the figure higher.

Ali, a construction contractor, upped the pressure on Saturday in an expletive-filled video, imploring Egyptians to join a “million-man march” next Friday and to fill all “major squares” of the country.

“This is a people’s revolution … We have to link up together as one … and organise going down to the major squares,” he said in a Facebook appeal to his followers.

El-Sisi denied the corruption allegations last week, saying he was “honest and faithful” to his people and the military.

Nael Shama, a Cairo-based political analyst, told the AFP that the protests “pose the most serious legitimacy crisis facing Sisi”.

“No one shouted bread, freedom, social justice like in 2011, they escalated straight to ‘Leave’ from the first minute,” she said, adding: “This is the first time people take to the streets in many years but I am not sure it will be the last.”

Meanwhile, the government’s foreign media accreditation body released a statement late on Saturday cautioning international journalists that their reporting of events “should not be exaggerated”, without explicitly mentioning the protests.

Adib urged his fellow countrymen to “take care of the country … because the Muslim Brotherhood want to raze it to the ground”.

The Islamist group, once considered one of Egypt’s most organised political forces, was outlawed as a “terror” group in 2013 after the military’s overthrow of Morsi.