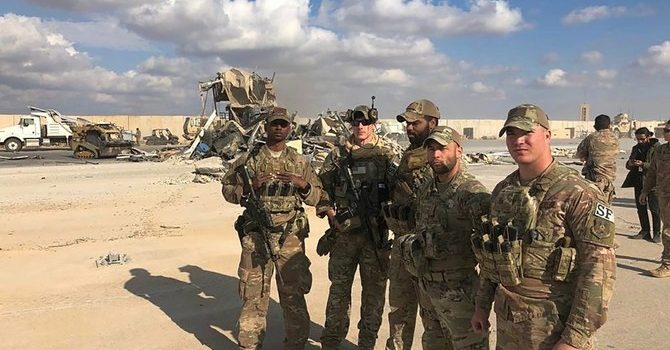 Iraq14 Syria14 US13
LONDON: US officers have alleged that a top-secret military force repeatedly killed civilians and committed war crimes in Iraq and Syria. The military unit,... 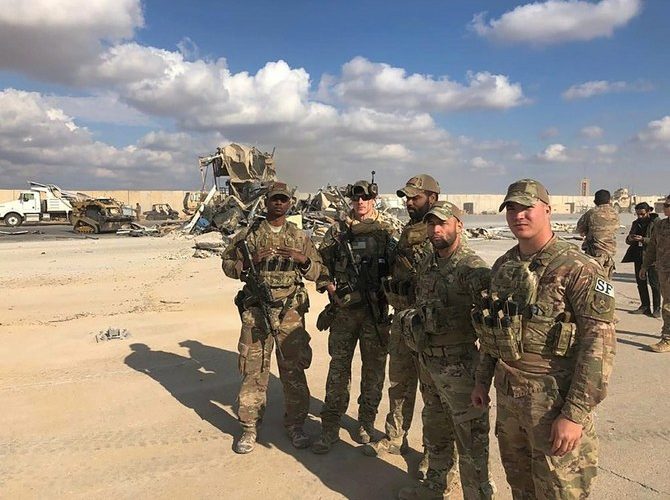 LONDON: US officers have alleged that a top-secret military force repeatedly killed civilians and committed war crimes in Iraq and Syria.

The military unit, known internally as Talon Anvil, was deployed in Iraq and Syria from 2014 to 2019, where they allegedly killed many civilians in a brutal campaign.

Former staff on the unit broke with codes of secrecy to tell journalists at The New York Times about troops ignoring laws designed to protect civilians from the conflict.

A former US Air Force intelligence officer who worked on hundreds of classified Talon Anvil missions from 2016 to 2018 told the newspaper: “They were ruthlessly efficient and good at their jobs. But they also made a lot of bad strikes.”

Led by Delta Force commandos, the unit worked round the clock to direct the US-led anti-Daesh coalition’s jet and drone strikes.

At one point, the unit was said to consist of fewer than 20 people, who took the lead on the coalition’s airpower from a control room packed with giant televisions that screened the violence across the region.

The revelations come amid a debate on the efficacy of Western intervention in the campaign against Daesh, which the US Army has said was one of the most precise and humane in history.

But former Department of Defence and Pentagon adviser Larry Lewis has told reporters that anti-Daesh operations had civilian casualty rates that were 10 times higher than similar missions in Afghanistan.

An official assessment claimed that some 1,410 civilians were accidentally killed during the anti-Daesh campaign from August 2014 to March 2019.

But Airwars, a Britain-based monitor on civilian deaths at war, has calculated that a more accurate figure is between 8,000 and 13,000.

Former members of the Talon Anvil claim that there was an unprofessional and unmilitary culture rife within the unit. One former member said: “They (operators) worked on a first-name basis, went to work in shorts and casual footwear like Crocs and Birkenstocks and often sported bushy beards.”

Members of US and UK special forces are known for breaking with convention and regulation on dress and military grooming, but the allegations against Talon Anvil went further than beards and footwear.

It was alleged that the unit dismissed rules on evidence verification or confirming targets by claiming that its strikes were made in “self-defence,” which freed them to react faster and without oversight.

An Air Force officer also told the newspaper that the unit tampered with the evidence-collecting process used for drone strikes, with footage usually stored from drones for battle damage assessment.

But Talon Anvil, they alleged, had a pattern of moving drone cameras away at vital moments “as if hit by a wind gust.”

The officer described an incident involving a drone that was flying over the Syrian farming town of Karama.

They alleged that an operator in the unit posted on a chat shared with US Air Force intelligence based in the US: “All civilians have fled the area. Anyone left is an enemy fighter. Find lots of targets for us today because we want to go Winchester.”

The phrase “going Winchester” refers to a pilot using up all their ammunition until they are empty, which in this case included several missiles and the Predator drone’s 500-pound bombs.

A 500-pound bomb was dropped on a single building as a “self-defence” strike. As civilians “staggered out of the partly collapsed building, some missing limbs, some dragging the dead,” the operator allegedly ordered a follow-up strike.

The US Army has not registered any civilian killings at Karama. Airwars has estimated that seven to 14 residents died on the day of that strike, including six children.