A secret dossier warning of the impact of a no-deal Brexit outlines a “worst-case scenario”, Michael Gove has said. Details from the cross-government study,... 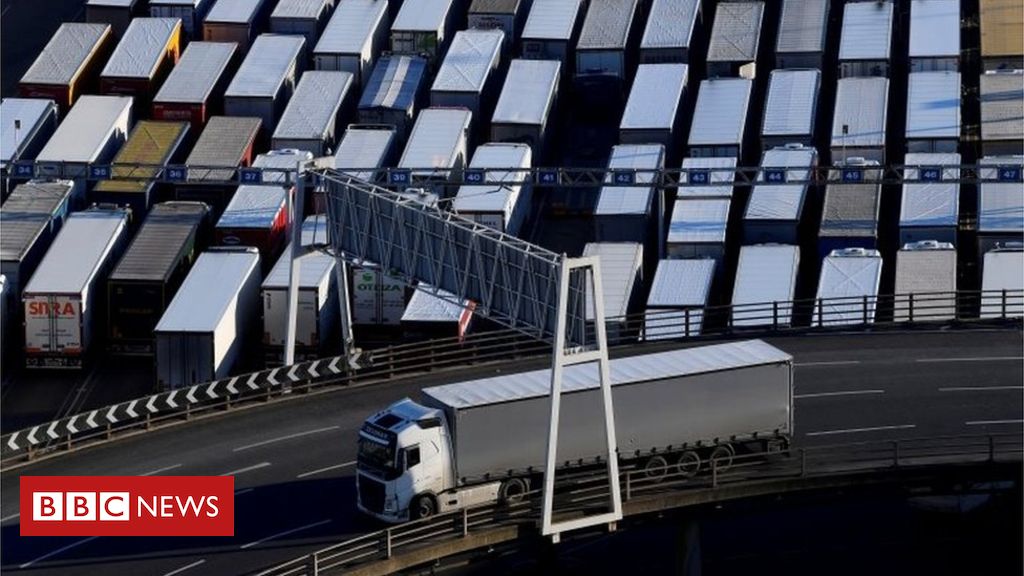 A secret dossier warning of the impact of a no-deal Brexit outlines a “worst-case scenario”, Michael Gove has said.

Details from the cross-government study, leaked to the Sunday Times, warns of food and medicine shortages if the UK leaves the EU without a deal.

Mr Gove, who is responsible for no deal preparation, said “very significant steps” had been taken to boost Brexit planning since Boris Johnson became PM.

The leak comes as Mr Johnson is to meet European leaders later this week.

The prime minister will insist there must be a new Brexit deal when he holds talks with German Chancellor Angela Merkel and French President Emmanuel Macron.

According to Operation Yellowhammer, the cross-government study of the impact of a no-deal Brexit, the UK could face months of disruption at its ports.

And plans to avoid a hard border between Northern Ireland and the Irish Republic are unlikely to prove sustainable, it adds.

The dossier says leaving the EU without a deal could lead to:

A No 10 source told the BBC the dossier had been leaked by a former minister in an attempt to influence discussions with EU leaders.

They added that the document “is from when ministers were blocking what needed to be done to get ready to leave and the funds were not available”.

Responding to the leak, Mr Gove tweeted: “We don’t normally comment on leaks – but a few facts – Yellowhammer is a worst case scenario – v significant steps have been taken in the last three weeks to accelerate Brexit planning.”

Business minister Kwasi Kwarteng told Sky News’ Sophy Ridge on Sunday: “I think there’s a lot of scaremongering around and a lot of people are playing into project fear.”

But a former head of the civil service, Lord Kerslake – who described the document as “credible” – said the dossier “lays bare the scale of the risks we are facing with a no-deal Brexit in almost every area”.

“These risks are completely insane for this country to be taking and we have to explore every avenue to avoid them,” he told BBC Radio 4’s Broadcasting House.

Irish Deputy Prime Minister Simon Coveney said, in a tweet, that Dublin had “always been clear” a hard border in Ireland “must be avoided”.

The Irish backstop – the provision in former prime minister Theresa May’s withdrawal agreement that could see Northern Ireland continue to follow some of the same trade rules as the Republic of Ireland and the rest of the EU, thus preventing a hard border – was an “insurance policy” designed to protect the peace process, he said.

She said Ireland as a whole had been voicing concerns about a no-deal Brexit for months.

The SNP’s Stephen Gethins said the documents lay bare the “sheer havoc Scotland and the UK are hurtling towards”.

Liberal Democrat MP Tom Brake said they showed the effects of a no-deal Brexit should be taken more seriously.

“The government has simply, I think, pretended that this wasn’t an issue,” he said

Ministers were in “a real pickle” since the “the US has said that if that border is jeopardised, we’re not going to get a trade deal with them”, he added.

Speaker of the US House of Representatives Nancy Pelosi said on Wednesday that a US-UK trade deal would not get through Congress if Brexit undermined the Good Friday Agreement.

The leak comes as the prime minister prepares to travel to Berlin to meet German Chancellor Angela Merkel on Wednesday, before going to Paris to see French President Emmanuel Macron on Thursday.

Mr Johnson is expected to say Parliament cannot and will not change the outcome of the 2016 EU referendum and will insist there must be a new deal to replace Mrs May’s withdrawal agreement – defeated three times by MPs – if the UK is to leave the EU with a deal.

However, it is thought their discussions will chiefly focus on issues such as foreign policy, security, trade and the environment, ahead of the G7 summit next weekend.

Meanwhile, a cross-party group of more than 100 MPs has urged the prime minister to recall Parliament and let it sit permanently until the UK leaves the EU.

In a letter, MPs say the country is “on the brink of an economic crisis”.

Labour leader Jeremy Corbyn also reiterated his call for MPs to work together to stop a no-deal Brexit.

Elsewhere, anti-Brexit campaigner Gina Miller said the government had “unequivocally” accepted it could not shut down Parliament to clear the way for a no-deal Brexit.

She told Sky’s Sophy Ridge On Sunday: “What they have said is, unequivocally, they accept that to close down Parliament, to bypass them in terms of Brexit – stopping a no-deal Brexit, in particular – is illegal.”

Ms Miller said she would continue to seek further reassurances that MPs would be able to pass legislation to stop a no-deal Brexit.