Shelley Kerr admitted to being “devastated” by Scotland’s heartbreaking Women’s World Cup exit but is confident lessons will be learned. Scotland held a commanding... 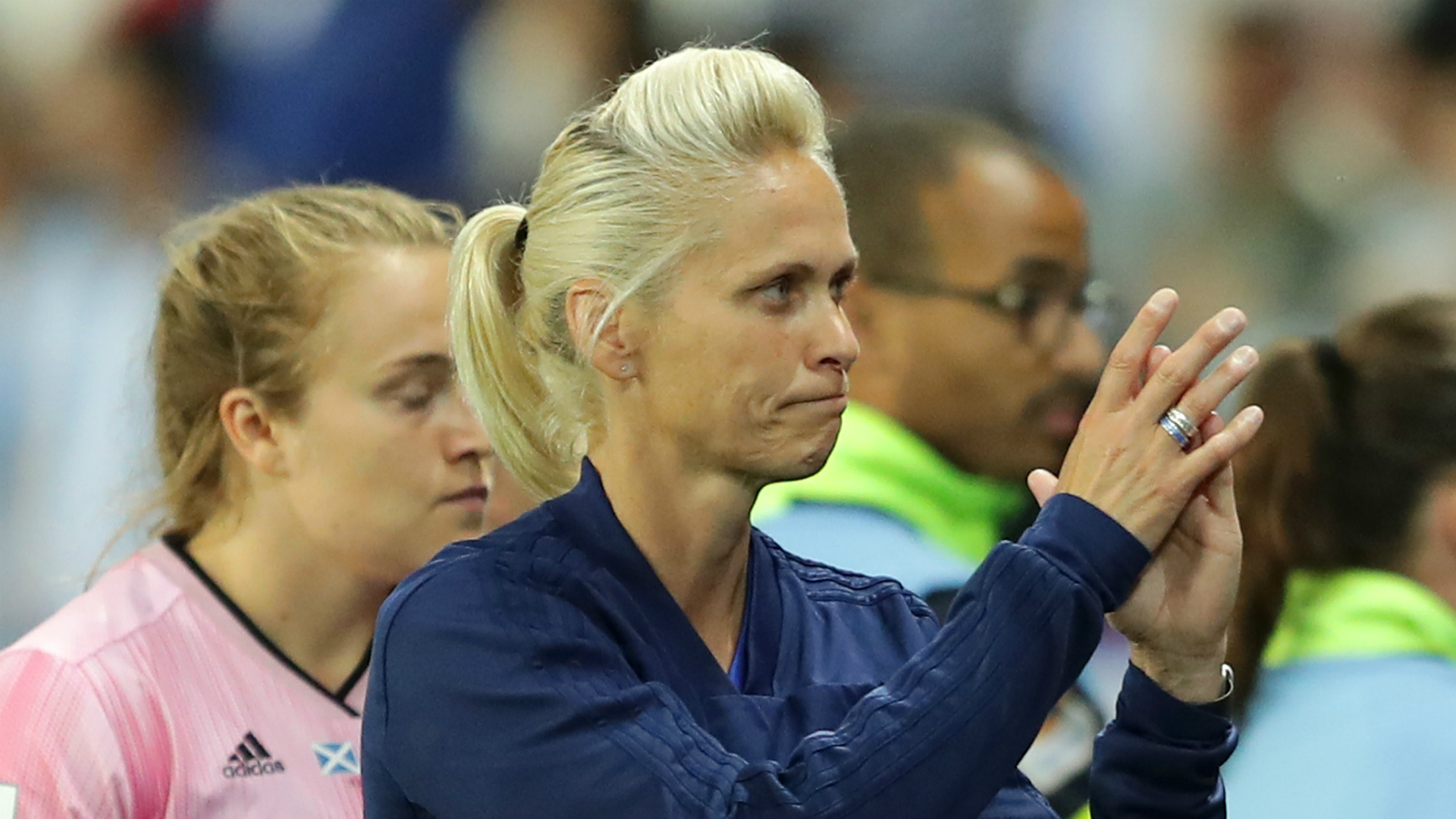 Shelley Kerr admitted to being “devastated” by Scotland’s heartbreaking Women’s World Cup exit but is confident lessons will be learned.

Scotland held a commanding three-goal lead over Argentina in a match they had to win to have any hope of finishing as one of the best third-place sides.

But Argentina hit back in the final 16 minutes in dramatic circumstances as Milagros Menendez reduced the deficit and goalkeeper Lee Alexander’s own goal made it 3-2.

Flor Bonsegundo then tucked away a controversial penalty at the second attempt in stoppage time after Alexander was adjudged to have stepped off her line when saving the initial effort from 12 yards.

Despite finishing bottom of Group D with one point from three matches, having also gone down 2-1 to England and Japan, Kerr praised her players for giving their all.

“I need to spend a bit of time with the players,” she said at her postmatch news conference. “We’re all devastated. We put so much into this game.

“Unfortunately we conceded three goals. It’s very tough right now. It’s still very raw. We need to pick up the players, because we put everything into that game.

“We knew before the game that we needed to be mindful of transitional moments. We spoke about staying focused at halftime. For 70 minutes we did extremely well, so we need to dissect things. It’s a harsh lesson for us to be better at managing the game.”

She added: “This was our first World Cup and we scored five goals. We ran both England and Japan right to the very end. When we came in, we did want to play in an expansive way.

“It’s still a learning process for our team at this moment in time. We want to inspire and hopefully the supporters aren’t too disappointed because I think the players gave absolutely everything.”

Argentina is still in with a chance of reaching the last 16, with its hopes resting on the results in Groups E and F on Thursday.

Carlos Borrello and his players now face an anxious wait after becoming the first side to avoid defeat in the Women’s World Cup from three goals behind.

“There is some light at the end of the tunnel,” Borrello said. “We did play a different type of game to the first couple of matches.

“We have strong players. It’s a shame some of them are very young, so actually we have a fresh team and maybe that’s what we need.

“It is bittersweet because in the first half there was just that one goal and then it all changed. But that’s football. I’m very happy with what the girls gave and how everything unfolded.

“We still have work to do, but things seem positive to me. What’s in store for us now? We need to be really patient and see how everything pans out. Am I satisfied with what we’ve done so far? Yes, I am.”