The minister of education and higher education in the Somali state of Puntland Abdullah Mohamed Hassan has opened the Dar es Salaam Primary School,... 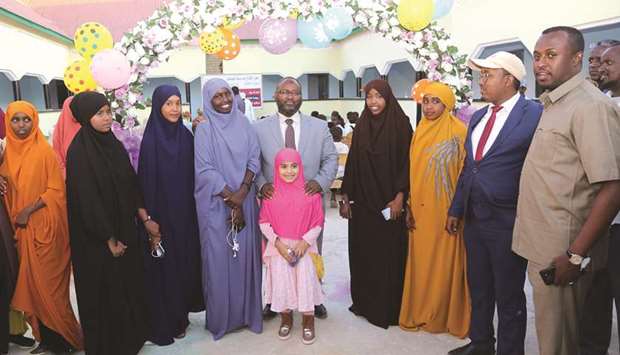 The minister of education and higher education in the Somali state of Puntland Abdullah Mohamed Hassan has opened the Dar es Salaam Primary School, built by Qatar Charity (QC) in the city of Garowe and funded by benefactors in Qatar.
The 400sq m school has many classrooms and rooms for the principal and teachers, and is expected to benefit 400 students, QC has said in a statement.
The project aims to support education in Somalia, contributing to increasing the literacy rate, improving education facilities, and creating generations capable of participating in the development of the country.
At the inauguration ceremony, Minister Hassan expressed great pleasure at opening his first school since assuming office a month ago.
He also pointed out that his ministry would move forward to strengthen its partnership and co-operation with charitable organisations, including Qatar Charity, for the improvement of education.
Hassan thanked donors in Qatar for their generous support to build the school, hoping that it would contribute to building an educated generation.
For his part, Abdel Taher Abshar, the director of the Dar es Salaam Primary School, thanked QC for its continuous efforts to contribute to providing an appropriate educational environment and improving the level academic performance of students.
He also noted the humanitarian role of Qatar Charity in Somalia through its office in Mogadishu in the areas of relief and development, especially education, in addition to sponsoring orphans, students and teachers.
QC has completed several multi-service projects in Somalia, including a centre opened in 2017, which has a school consisting of several classrooms.
In the same year, a specialised agricultural school was opened in Afgooye, a town in the southwestern Lower Shebelle region of Somalia, which is the “first of its kind in the region”, the statement adds.