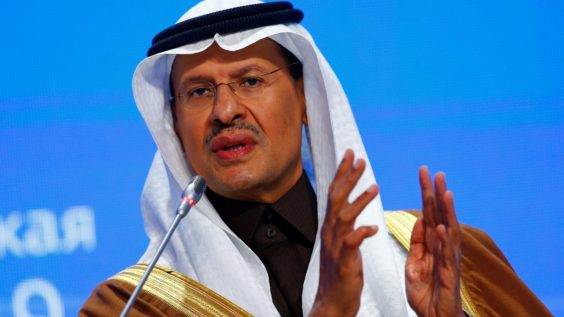 Saudi Arabia’s energy minister, , says the kingdom has resumed its normal output of petroleum following a September 14 aerial attack on two facilities that cut Saudi output by about half. “We all rose to the challenge,” he told participants at a Moscow energy conference on Thursday. Oil production, he said, was now at “11.3” million barrels per day, a figure similar to the estimated output prior to the attack. Riyadh, with foreign backing, is blaming Iran for the air strikes, carried out with missiles and drones, something Tehran denies. The prince added that plans were still on track for Aramco, the kingdom’s national oil and gas company, to go ahead with an initial public offering. Previous reports have said the IPO could come by 2020 and involve up to 5% of the value of Aramco, considered one the world’s largest and most profitable companies.