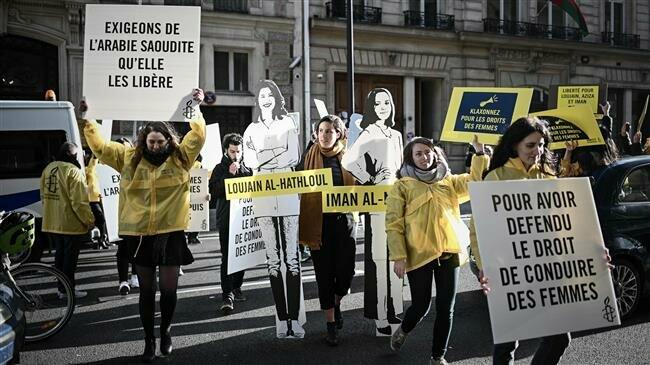 Another three of the eleven activists, many of whom have been detained for almost a year, were granted provisional release last month.

Two other activists, Loujain al-Hathloul and Maya al-Zahrani, were reportedly taken to court but denied temporary release, according to Saudi-American activist Nora Abdulkarim.

Most of the activists were detained last May in a wide-sweeping crackdown on activists just before the ultraconservative kingdom lifted its decades-long ban on women driving.

Many of the women’s rights activists, including still-detained Loujain al-Hathloul, were prominent campaigners against the ban.

Saudi Arabia maintains that the women, rather than being detained for their rights campaigning, are suspected of harming Saudi interests and working with hostile foreign nations.

Blogger Eman al-Nafjan, retired university lecturer Aziza al-Youssef and preacher Rokaya al-Mohareb – all provisionally released last month on the condition they would continue to appear in court – and their bail guarantors were reportedly forced to sign a pledge stating they would stay away from the media.

Some of those detained, notably the son of Aziza al-Youssef, were linked to the women’s rights activists currently on trial.

Saudi Arabia has repeatedly stalled the fourth hearing of the activists’ trial, where several of them have alleged they have faced torture and sexual harassment while detained.