Fighters from the Security Belt, a militia aligned with UAE-backed Southern Transitional Council, took control of various parts of Aden after four days of... 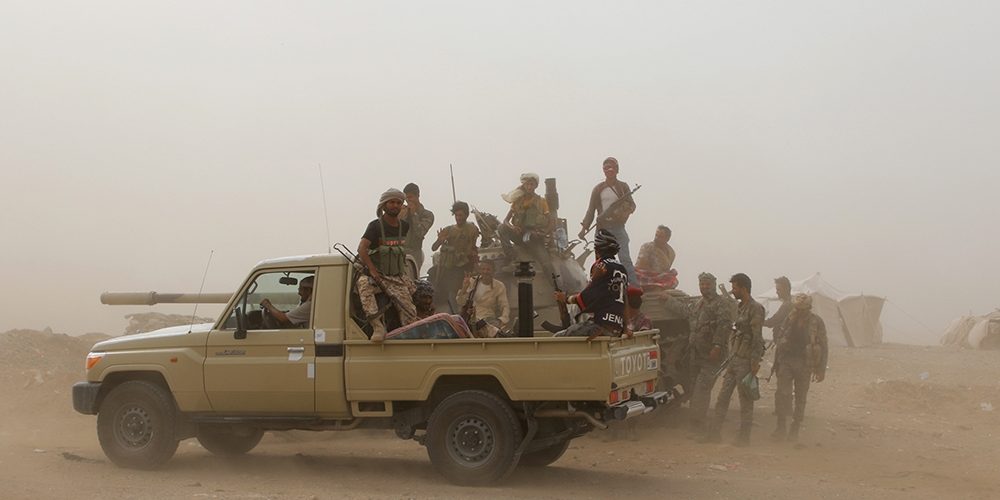 The Saudi-led coalition fighting in Yemen has called for an immediate ceasefire in Aden after southern separatists seized the presidential palace and other key sites in the city.

“The coalition calls for an immediate ceasefire in the Yemeni temporary capital Aden starting from 1am on Sunday (22:00 GMT on Saturday), and asserts that it will use military force against anyone who violates it,” Saudi Arabia‘s state news agency SPA quoted a spokesman as saying.

The coalition also called on all military groups to immediately return to their positions and retreat from areas that have been seized over the past few days.

Residents said there had been no clashes overnight after four consecutive days of fighting that killed at least nine civilians and left others trapped in their homes with limited water supply.

However, the coalition on Sunday said that it had targeted a “direct threat” to the Yemeni government.

“The coalition targeted an area that poses a direct threat to one of the important sites of the legitimate government,” a coalition statement said, reiterating calls for fighters to withdraw from positions seized in Aden or face further attacks.

On Saturday, the Security Belt – a militia aligned with the United Arab Emirates-backed Southern Transitional Council (STC) which seeks to restore south Yemen as an independent state – took control of various parts of Aden.

It said its fighters met no resistance when they seized the all-but-empty presidential palace from forces loyal to President Abd-Rabbu Mansour Hadi‘s internationally-recognised government.

The UAE, which has armed and trained thousands of the Security Belt fighters, urged calm ahead of the ceasefire agreement and Saudi Arabia said it would host an emergency meeting aimed at restoring order. 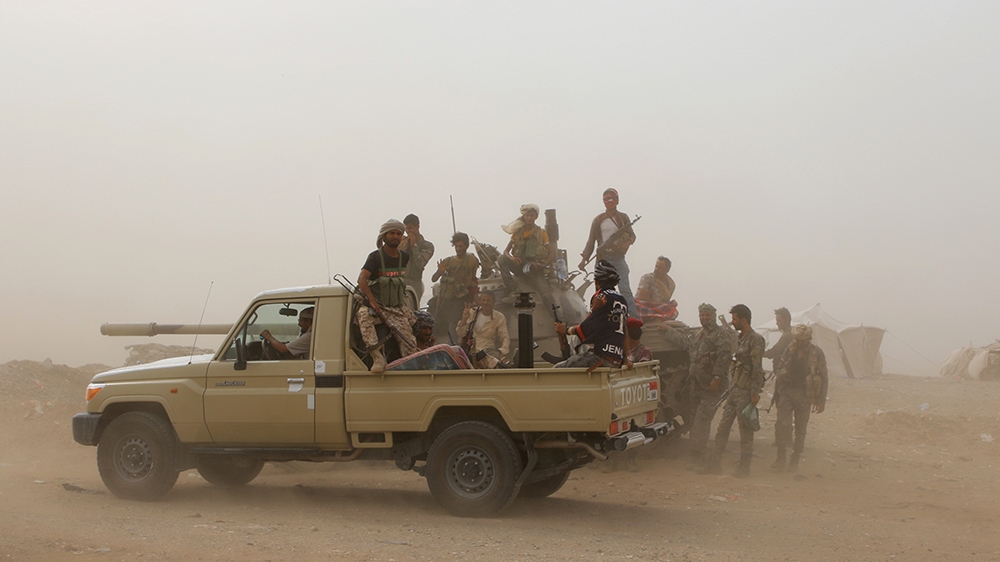 The infighting and potential breaking of the short-lived ceasefire is a serious setback for the coalition and threatens to open a new front in Yemen’s five-year-war, which has killed tens of thousands of people and pushed the impoverished country to the brink of famine.

William Lawrence, a professor of political science and economic affairs at George Washington University, said it is not clear whether Saudi Arabia will be able to successfully broker a deal between the coalition’s factions.

“It’s clear that Saudi Arabia believes it can mediate and find a solution here and I’m not so sure that they can do that easily even given their wealth and status because the southern separatists have been trying to do this for a long time, they have long-standing grievances and it’s not clear that there’ll be an easy deal to make.”

Clashes began on Wednesday after the STC accused a party allied to Hadi of complicity in a missile attack on a southern forces military parade in Aden.

Aden had been temporarily hosting Hadi’s government since 2014, after the cabinet was forced out of the capital, Sanaa, by allegedly Iranian-aligned Houthi rebels. Hadi is now based in the Saudi capital, Riyadh.

The combatants in Aden are nominal allies in the Saudi-led coalition that has been battling the Houthis in northern and western Yemen since March 2015, but they have rival agendas for the country’s future.

The Houthis control the capital, Sanaa, the port city of Hodeidah, and other major urban centres while Hadi’s government holds Aden and a string of western coastal towns.

The war has revived old strains between north and south Yemen, formerly separate countries that united into a single state in 1990 under slain former President Ali Abdullah Saleh.

Lawrence told Al Jazeera that by supporting the southern separatists and beginning a partial troop withdrawal, the UAE has tipped the balance of power in the factional coalition.

The United Nations is trying to salvage a stalled peace deal in Hodeidah to pave the way for peace talks at a time of heightened tensions after the Houthis stepped up missile and drone attacks on Saudi cities.

The Yemen conflict is widely seen in the region as a proxy war between Saudi Arabia and Iran. The Houthis deny being puppets of Iran and say their revolution is against corruption.