Thirty-two-year-old Saudi entrepreneur Abdullah Al-Hodaif has been passionate about art all his life.  He started collecting paintings in his warehouse when he was only... 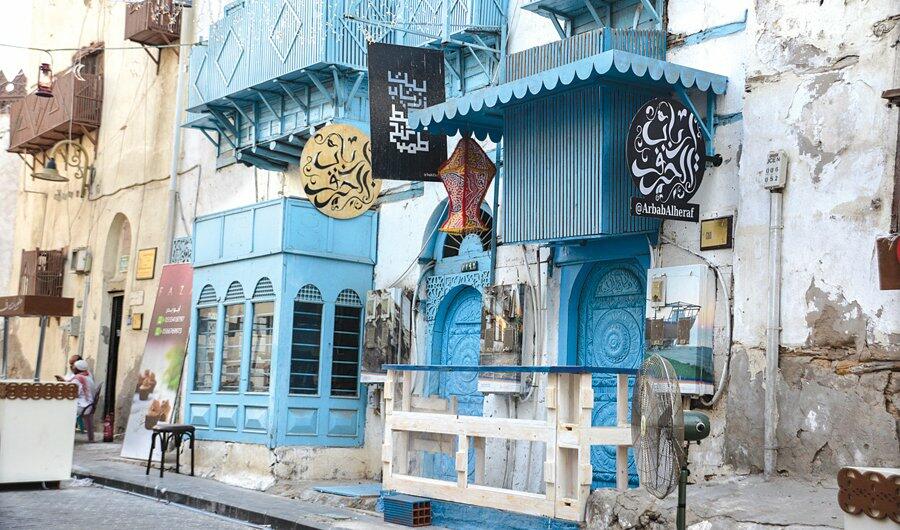 Thirty-two-year-old Saudi entrepreneur Abdullah Al-Hodaif has been passionate about art all his life.

He started collecting paintings in his warehouse when he was only six years old. By the time he was 16, his warehouse was filled with vintage art pieces.

After attaining his master’s degree from abroad, he was inspired by Saudi Vision 2030 upon his return to the Kingdom.

They house Bait Al-Hodaif, a non-profit art organization, and include a small museum that consists of 14 rooms and displays items from the 1910s to the 1980s: artwork, photographs, newspapers and magazines, and nostalgic games such as Carrom, currencies from different Arab countries and more.

“It displays old Hejazi interiors, visitors can see how kitchens used to be, an old Majlis and games, televisions, newspapers. People can even host events there,” Al-Hodaif said.

Bait Al-Hodaif creates annual campaigns to redecorate the streets of Jeddah with graffiti and different artwork. Last Ramadan, they created eight projects in districts such as Al-Karantina, Al-Petromin and Al-Aziziyah.

“In the poorer areas, we created artwork in different districts and held recycling workshops for children. The aim of the artworks on the wall is to create a cheerful image for the children, for them to see one of their favorite cartoon characters on the wall,” Al-Hodaif said.

“We worked under seven values: Beauty, peace, kindness, giving, persistence and love. We paint the language of love and peace on the walls.

“This year, we created a project called Arbab Al-Jamal to beautify areas in Al-Balad — as seen on the roof of Al-Hodaif Museum — for all of Ramadan. The goal is to complete 11 artworks by the end of Ramadan.”

Al-Hodaif Museum consists of six floors and is one of the tallest buildings in Al-Balad.

“It offers weekly art workshops and classes for pottery, sketching and other forms of art. It also hosts events on a monthly basis, be they cultural, poetic, cinematic or musical.”

The museum also houses contemporary art. “I want the youth to come to historic Jeddah, not to see something old. Visitors have seen plenty of that. What I want to do is bring them through modern art and something new. The youth don’t want to see an old car or an old radio, they want to see art, but I want to show them art in a historic site.”
Al-Hodaif’s goal is not to bring back the past.

“We combined the modern with the old. We are very much with the present times,” said Al-Hodaif.

“It was named after the most famous musician in Andalusia, Iraqi composer Ziryab, who migrated to Andalusia and was the first to open a music school that teaches the oud in Andalusia, and he taught the daughters of kings,” he said.

Al-Hodaif established Arbab Al-Heraf, a platform that promotes the art and culture of Saudi Arabia, with a branch in Al-Balad and another in Al-Basateen district.