Saudi Arabian budget carrier Flyadeal reversed a commitment to buy as many as 50 Boeing Co. 737 Max jets, becoming the first airline to... 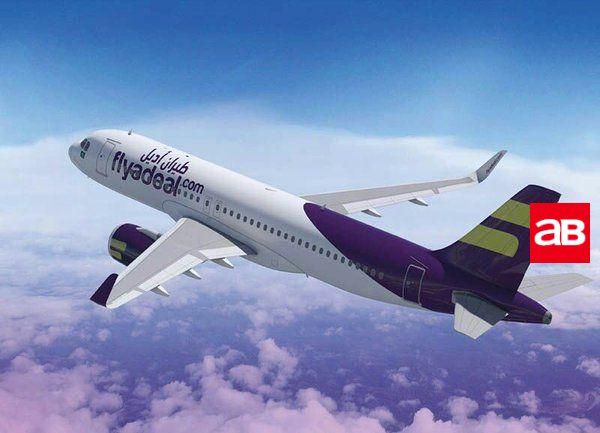 Saudi Arabian budget carrier Flyadeal reversed a commitment to buy as many as 50 Boeing Co. 737 Max jets, becoming the first airline to officially drop the plane since its grounding following two deadly crashes.

Flyadeal will operate an entirely Airbus SE fleet, the company said Sunday in a statement, buying as many as 50 A320neo-family planes from Boeing’s European rival.

The order was booked last month at the Paris Air Show by the discounter’s parent, Saudi Arabian Airlines. That announcement had sparked speculation about whether the planes would be allocated to Flyadeal, which said in December it would spend up to $5.9 billion on Boeing Max jets.

“We understand that Flyadeal will not finalise its commitment to the 737 Max at this time given the airline’s schedule requirements,” Boeing said Sunday in an email. “We wish the Flyadeal team well and hope we can support their fleet and operational needs in the future.”

Flyadeal will take delivery starting 2021 of 30 Airbus A320neo aircraft, with an option for a further 20 planes from the A320neo family.

The decision marks a commercial setback for Boeing, which is under pressure to prove the Max is safe and get it flying again after two disasters five months apart killed a combined 346 people. The narrow-body workhorse has been grounded globally since March.

The uncertainty surrounding the return of the Max to the skies has prompted carriers to amend aircraft orders. Virgin Australia has pushed back delivery of its first 737 Max jets by almost two years. PT Garuda Indonesia and VietJet Aviation JSC have also changed orders in the aftermath of two fatal crashes.

Carriers around the globe are having to redeploy or lease planes while delaying the retirement of older ones as Boeing works on a fix for the jet. Emirates, the world’s largest long-haul carrier, has started using Aribus SE A380 superjumbos onto its shortest routes to replace lost capacity after sister carrier FlyDubai reduced services following the idling of its 14-strong Max fleet.

Europe’s aviation regulator has outlined five major requirements it wants Boeing to address before it will allow the 737 Max to return to service, a person familiar with the matter told Bloomberg last week. One of them related to a previously unknown concern about the jet’s autopilot function.

Boeing won Flyadeal as a customer in December when the airline committed to buying 30 737 Max aircraft with an option for another 20. The deal, while subject to final terms and conditions, was considered a major victory for Boeing at the time, given Flyadeal has operated an Airbus fleet.

But the airline began to waver following a second fatal crash involving the plane. If the process of finding a fix for the safety problems took too long, the airline was open to other options, Chief Executive Officer Con Korfiatis told Bloomberg in April.