Saudi Arabia on May 30 will convene two emergency summits – one for Arab League representatives and the other for member countries of the... 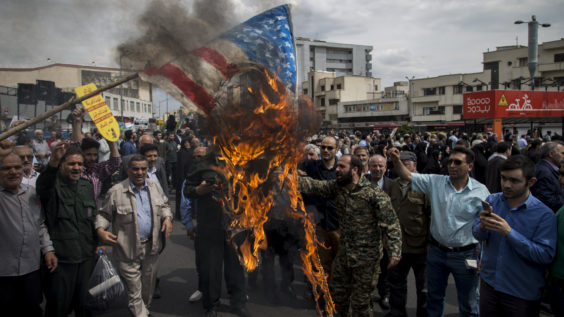 Saudi Arabia on May 30 will convene two emergency summits – one for Arab League representatives and the other for member countries of the Gulf Cooperation Council – to discuss growing regional tensions.

In other words, to plot a strategy to counter the Islamic Republic of Iran.

Many have noted that Qatar has been invited despite an ongoing blockade Riyadh and other Gulf states imposed on Doha in 2017. Iran’s deputy foreign minister was in Qatar on Tuesday and said that the mullahs are open to talks in order to avoid a potential military conflict.

But the Iranian regime is sending mixed messages, given its alleged involvement in numerous attacks this month targeting Saudi oil assets as well as an airport in the kingdom located near the border with Yemen, where Tehran-backed Shiite Houthi rebels are waging war against a coalition of Sunni nations.

President Donald Trump has warned that any attacks on American interests or those of its allies would be met with a fierce response. This, as the Pentagon prepares to send 1,500 additional troops to the Gulf after already having deployed an aircraft carrier and a squadron of bombers to the region.

So will diplomacy prevail? Or is the Middle East yet again facing turbulent waters? The Media Line discussed Thursday’s conferences in Mecca – and their potential outcomes – with Avi Melamed, Founder & CEO of Inside The Middle East – Intelligence Perspectives Program.