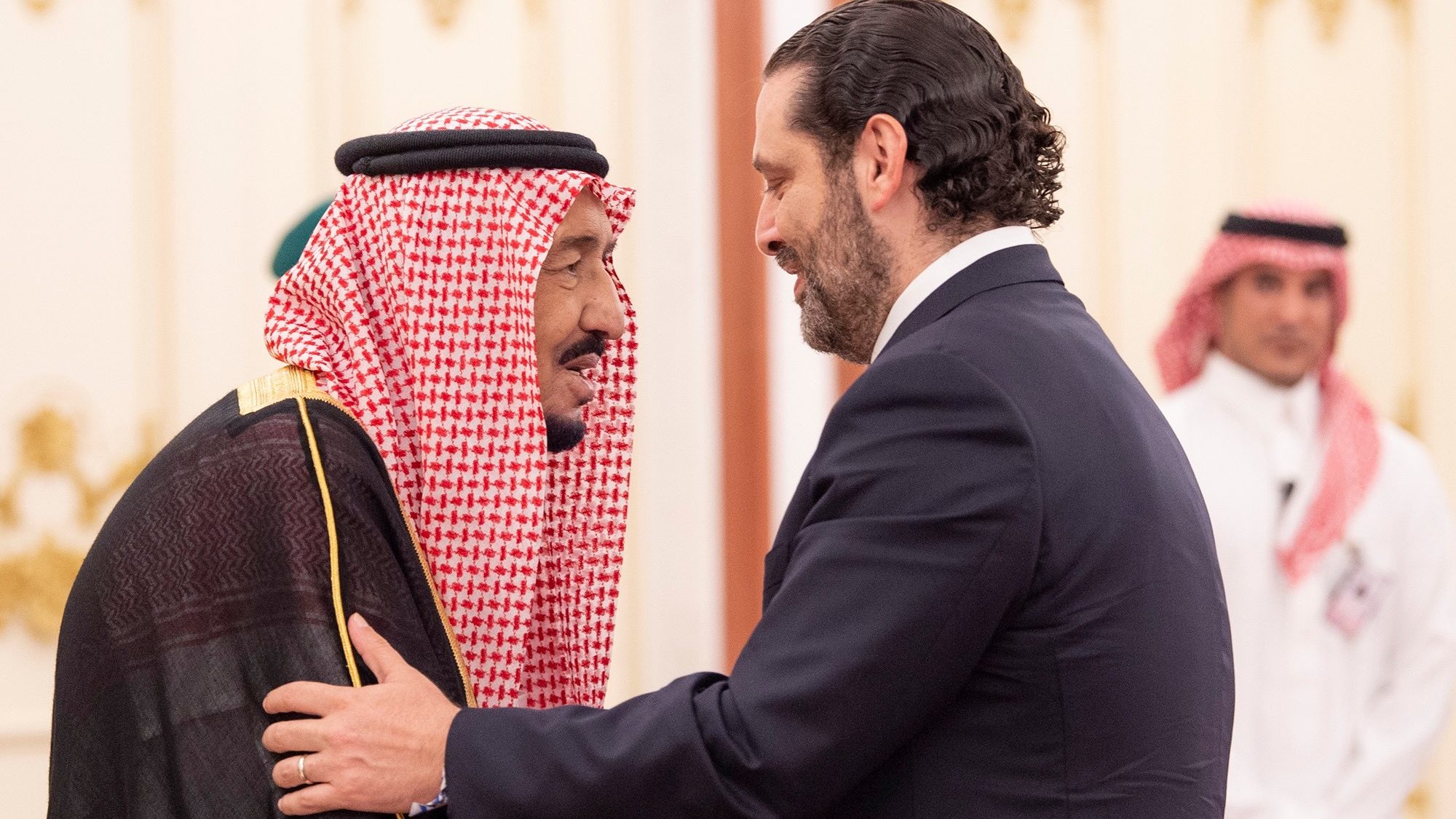 Reports that Saudi Arabia’s King Salman bin Abdulaziz recently proposed a financial handout to Lebanon has some foreign policy experts in the region raising a brow.

In a mid-July meeting, three former Lebanese prime ministers met with King Salman on Saudi turf to discuss possible aid. At the meeting’s conclusion, the officials suggested they would accept financial support from Riyadh in order to help Beirut climb out of a financial crisis.

In 2018, Lebanon’s deficit was equal to 11.20 percent of the government’s total budget and about 150% of the country’s debt in terms of Gross Domestic Product, according to tradingeconomics.com.

The country’s GDP has not risen since the late 1980s.

Following the Saudi meeting, the Lebanese government voted on a fiscal budget that is meant to slash the deficit by just under 7%, by cutting spending and reducing public-sector pensions. Among those whose benefits are slated to be cut are army veterans, and, frustrated by the cutback, they recently stormed the parliamentary compound and blocked highways before the budget was passed.

In addition, Lebanese banks have become so unstable that the International Monetary Fund allegedly offered a handful of proposals to alleviate their financial burdens. Last year the organization mandated a surveillance over Lebanon’s economic, financial and exchange rate policies.

Current Lebanese Prime Minister Saad Hariri expressed reservations regarding the IMF’s proposals, including floating the Lebanese pound, which has not improved in value in more than twenty years.

Historically, Saudi Arabia has been a backer of Lebanon, but bilateral ties have been weakened since Hizbullah became a major power broker in the Lebanese government. Hizbullah has grown from an armed military group in the early 1980s into a significant player in the coastal country’s political arena, maintaining its military presence while also positioning representatives in the parliament.

In the decades-long power struggle for influence in the region between Sunni Saudi Arabia and Shi’ite Iran, Lebanon remains a sore spot for Riyadh as it scrambles to ward off Iranian expansion in the Middle East.

The animosity between the two countries runs along a religious divide, with Tehran attempting to export Shi’ite stream of Islam across the region, while Saudi Arabia remains the primary supporter of Sunni Muslim regimes.

At the same time, Hizbullah has been a thorn in the side of the House of Saud, acting as an Iranian proxy in Lebanon and other countries in the Middle East.

Political Science Prof. Hilal Khashan of the American University of Beirut told The Media Line that it is doubtful if King Salman’s pledge of financial assistance will actually come to fruition.

“I doubt this will go on outside of [the] media because Hizbullah controls Lebanon and even if the Saudis tried to help the Sunnis of Lebanon, there’s not much they can do,” Khashan said.

He noted that a few years ago Saudi Arabia cancelled a $3 billion deal that was supposed to aid Lebanon’s military because of displeasure with Beirut’s leadership, specifically Hariri’s failure to stand up to Hizbullah.

“They were unhappy with Prime Minister Hariri’s performance and nothing has changed since then, so I don’t understand why they would [adopt a new] policy and give money now,” Khashan added.

“What really matters is not what [the officials] say in public. It’s what they do in private. The meeting [with the former Lebanese premiers] ended well, but the Saudis always make pledges of support. These statements have to materialize and I don’t think whatever may have come out of this meeting will be implemented,” he said.

Some economists who specialize in the Middle East say the proposed aid from Saudi Arabia will not be favorable for Lebanon.

Professor Muhammad Sahimi from the University of South Carolina wrote in an email to The Media Line that he believes Riyadh’s only goal is to create divisions within Lebanese society in an effort to counter Iran’s influence in the country.

“A regime that suppresses the rights of its own citizens cannot have good intentions toward the people of Lebanon,” Sahimi said.

As an example of Saudi Arabia’s interference in Lebanon, Sahimi recalled Hariri’s 2017 apparent house arrest by the Saudis and his forced public resignation, which was televised worldwide. Following the episode, Hariri excused himself to the Lebanese public and resumed his role as prime minister.

While official Saudi money may not be forthcoming, Saudi Arabians have a history of vacationing in Lebanon, lavishly contributing to the state’s economy as they soaked up the sun at its private beaches, dined at restaurants and spent money at casinos. But in 2011, Saudi Arabia issued a warning for its citizens traveling to Lebanon, citing as factors increasing Hizbullah influence and the war in bordering Syria. The advisory was lifted in February of this year, but many believe the warnings have hindered Lebanon’s tourism industry and thus economic growth.

However, tourist hot spots in the capital say they have started to feel the positive effect of returning Saudi vacationers.

In an email to The Media Line, Nada Atieh, director of public relations for the Four Seasons Hotel in Beirut, said this year the five-star hotel has experienced a significant increase in Saudi visitors. Ultimately, she believes Saudi citizens contribute greatly to boosting the economy.

“This population is very important to our bottom line as they are our main feeder market,” Atieh said.

Still, American University’s Khashan said an increase in the number of tourists will not resolve Lebanon’s financial crisis.

“The problem is that Lebanon is an expensive country… You have to create a competitive tourism sector, which is not the case. Lebanon was a major attraction for Gulf nations in the ’50s, ’60s, and ’70s, but since 1975 it hasn’t been a favorite,” Khashan said. “Lebanon has lost its lure.”