So, who wants to go to Saudi Arabia? The government is about to find out. The country said on Friday that it would open... 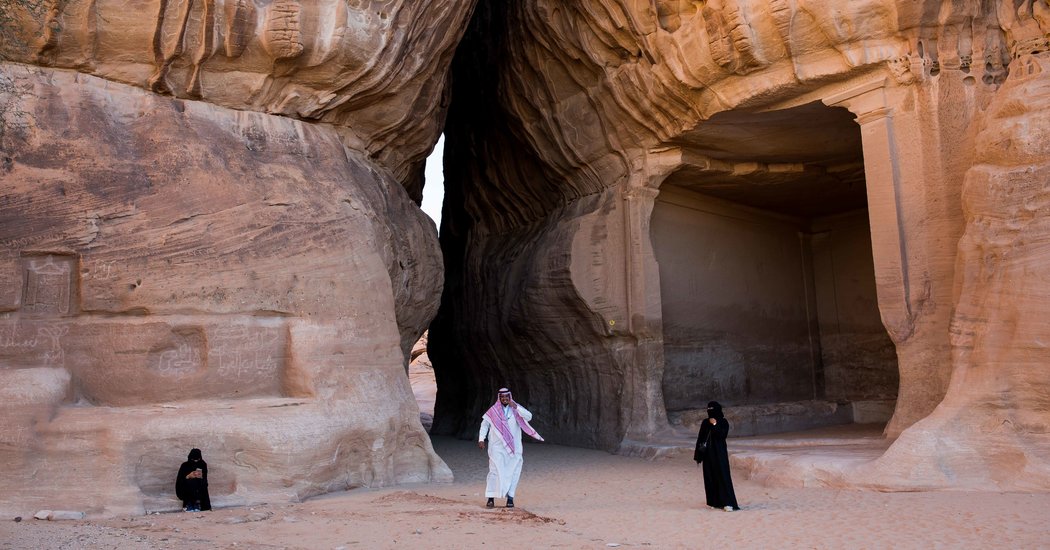 So, who wants to go to Saudi Arabia? The government is about to find out.

The country said on Friday that it would open up the country to international tourists, announcing a new visa program for citizens of 49 countries that is intended to diversify the economy and reduce the kingdom’s dependence on oil.

Under its de facto leader, Prince Mohammed bin Salman, Saudi Arabia has been eager to bolster its international standing — particularly in the West — and draw investment, but it is unclear how attractive it will be to tourists: The country is notoriously repressive, drawing condemnation for an austere interpretation of Islam that includes strict social codes.

Some of the rules governing public behavior have been significantly relaxed under Prince Mohammed, but Western visitors to the country will encounter an atmosphere that is far more restrictive to what they are used to.

There are strict rules governing social conduct, little tolerance for dissent, allegations of human rights abuses abound, and the country found itself subject to global condemnation last year after the gruesome killing of the dissident writer Jamal Khashoggi by operatives at Saudi Arabia’s consulate in Istanbul.

But the Saudi authorities clearly believe that the country’s attractions can outweigh those concerns.

Ahmed al-Khateeb, Saudi Arabia’s tourism chief, said in a statement that opening the kingdom to international tourists was “a historic moment for our country.”

The statement noted that country hoped tourism to form up to 10 percent of Saudi Arabia’s annual gross domestic product, compared with the current 3 percent, and that “billions of dollars are being spent to improve infrastructure and develop heritage, cultural and entertainment sites.”

Further details about the visas are expected after a formal announcement on Friday evening of the program at an event in Diriyah, home to the first capital of the Saudi dynasty and a Unesco World Heritage Site.

“Visitors will be surprised and delighted by the treasures we have to share,” Mr. al-Khateeb said in the statement, citing the country’s five world heritage sites and “a vibrant local culture and breathtaking natural beauty.”

The kingdom will open applications for online tourist visas on Saturday and aims to become one of the top five tourism destinations in the world, Mr. Al-Khateeb told Bloomberg. It was not clear when the first visitors under the new program are expected to arrive.

Mr. al-Khateeb told Reuters that abayas — the body-shrouding robe that must be worn in public by Saudi women — would not be mandatory for female foreign tourists but that modest dress would be required, including at public beaches.

He also noted that there would no exception to allow the consumption of alcohol by tourists, expressing confidence that the country had enough attractions for tourists “to enjoy other things.”

“They are trying to sort of create the narrative and the permission structure for companies to invest in the country on the pretext that the country is reforming,” he said.

The country has approved major reforms — particularly around women’s rights, entertainment and tourism — but they have been limited to certain sectors.

“There’s still a long way to go obviously, none of this has translated to reforms in terms of political and civil rights,” he said. “And it won’t.”

Mr. Coogle also warned that any visitor to the country would have to be careful about discussing anything that would be deemed politically sensitive, because it is not a country that allows free expression.

Saudi Arabia already welcomes millions of religious pilgrims each year — more than 1.8 million people visited Mecca in August alone to take part in the hajj, the annual pilgrimage that is one of Islam’s most holy rites.

Mecca and the holy city of Medina are currently the biggest draw for foreigners, but non-Muslims have long been prohibited from entering both, a policy that predates the founding of the Saudi state. Presumably only Muslim tourists would have access to the sites, but that has not been confirmed.

The tourism authority introduced a sleek English language website before the announcement and unveiled a social media campaign — called “Where in the World?” — that features sweeping views of Saudi Arabia’s landscape, encouraging visitors to “be the first to explore an exciting new destination.”

The website has a section devoted to the “laws and etiquette” of the nation, which it says are “informed by our cultural heritage and Islamic religion” and includes guidance for how to dress and act in public. Buying, selling or consuming alcohol are all prohibited, the website makes clear.

“Both men and women are asked to dress modestly in public, avoiding tightfitting clothing or clothes with profane language or images,” the guidance adds. “Women should cover shoulders and knees in public.”

Prince Mohammed has guide his country to a more moderate form of Islam. Under his guidance, movie theaters have sprung up and the kingdom has hosted mixed-gender concerts and sporting events, all of which had been previously banned.

Last year, Saudi Arabia lifted its ban on women drivers, and this year, the government announced an easing of strict guardianship laws, which had been a focal point of international criticism.

Several of the women’s rights activists who demanded the lifting of the driving ban are still imprisoned, however, and reportedly been tortured.