Prince Khaled Al-Faisal, emir of Makkah, adviser to Custodian of the Two Holy Mosques and chairman of the Central Haj Committee, Wednesday launched the... 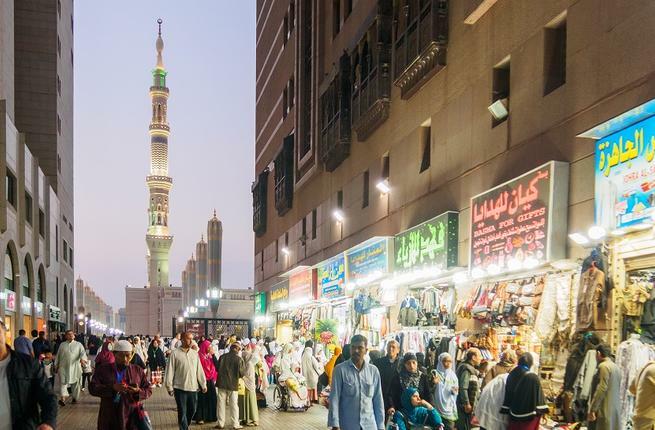 Prince Khaled Al-Faisal, emir of Makkah, adviser to Custodian of the Two Holy Mosques and chairman of the Central Haj Committee, Wednesday launched the 5G service in Makkah and other holy sites.

Prince Khaled expressed happiness on launching this technological system. Such services contribute to facilitating the Haj journey for the Guests of Allah, he stressed.

Minister of communications and information technology presented a detailed report on the ministry’s preparations for the current Haj season, forefront of which is enhancing the network and the human and technological potentials to facilitate the gathering of the pilgrims in holy places. He gave a review of the operation plan for the communications and information technology sector, aside from the technical and technological preparations.

Al-Swaha said Prince Khaled’s launching of the 5G service in Makkah means setting up of 37 5G stations distributed in the Central Area and the holy sites. The 5G network along with the 4G network will achieve the highest coverage and high speed, which will contribute to enriching the digital experience for the pilgrims.

He said that this comes within the efforts being exerted by the communications and IT sector simultaneously with the efforts of all related government and private sectors, all with the objective of providing the best means and to facilitate for the pilgrims performing their rites.

This article has been amended from its original source.