Saudi Arabia intercepted a drone launched toward a residential area in the South by Yemen’s Iran-aligned Houthis on Tuesday, the spokesperson for the Saudi-led... 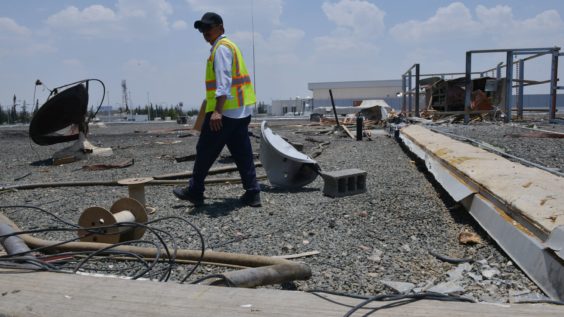 Saudi Arabia intercepted a drone launched toward a residential area in the South by Yemen’s Iran-aligned Houthis on Tuesday, the spokesperson for the Saudi-led anti-Houthi coalition said. Houthi-owned Al Masirah TV said earlier that the rebel group had attacked military targets at Saudi Arabia’s Abha and Jizan airports. No details regarding casualties or damage were provided, and Saudi authorities have yet to confirm the attacks. The Houthis killed one person and left 21 wounded in a drone attack on Abha on Sunday. The rebel movement has committed multiple attacks on the two southern airports this month alone and appears to be attacking various Saudi assets since May, highlighted by an oil tanker attack off the coast of the United Arab Emirates, alleged to have been orchestrated by Houthi puppeteer Iran. In addition, western governments have blamed a recent attack on two oil tankers in the Gulf of Oman on the Islamic Republic. The latest hostilities coincide with the ongoing civil war in Yemen, largely seen as a proxy conflict between Riyadh and Tehran that has killed tens of thousands of people and left millions on the brink of starvation.