The Saudi-led coalition that has invaded Yemen has attacked a position of militia backed by coalition partner the United Arab Emirates (UAE) in Aden,... 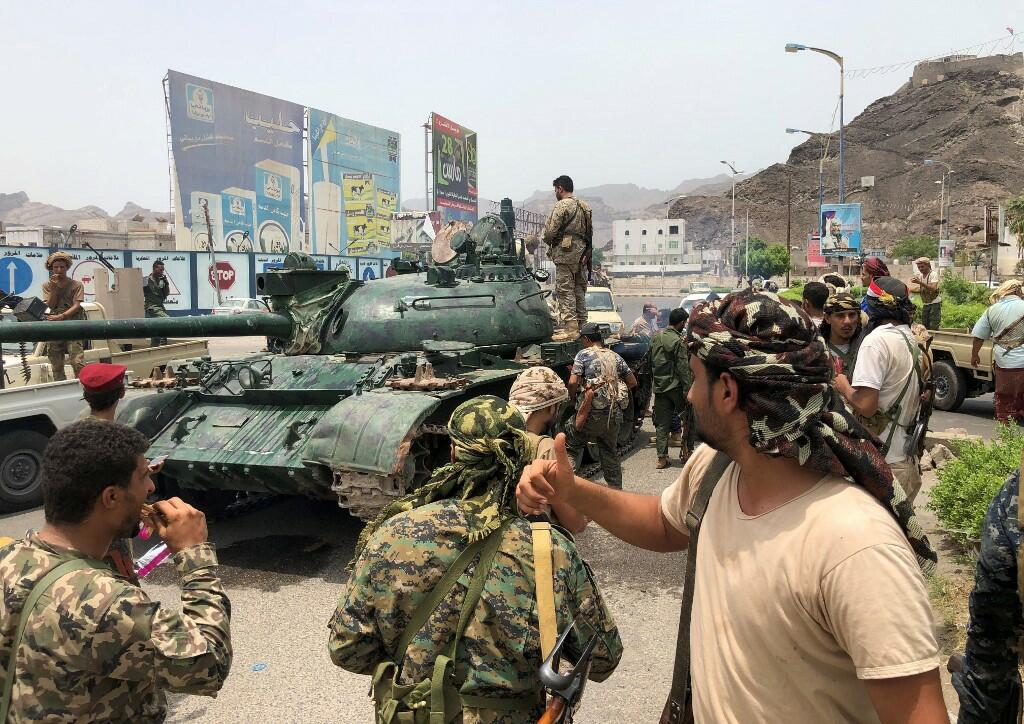 The Saudi-led coalition that has invaded Yemen has attacked a position of militia backed by coalition partner the United Arab Emirates (UAE) in Aden, describing the site as “a threat.”

“The coalition attacked one of the areas that pose a direct threat to an important government site,” Saudi state TV quoted a coalition statement as saying on Sunday, referring to the site where the former regime of Abd Rabbuh Mansur Hadi was occupying.

“This is only the first operation and will be followed by others… the Southern Transitional Council (STC) still has a chance to withdraw,” it added.

The STC is a separatist group in southern Yemen that is backed by the Emirates. On Saturday, the group seized the “presidential” palace in Aden. Hadi was supposed to be based at the site but it remains largely empty as the ex-president lives in Riyadh, the Saudi capital.

The Sunday statement did not provide further details, including specifics of the targets. And it was not immediately clear whether the Emirati-backed militia had fought back.

But the attacks on the militia are the first major instance of infighting since the United Arab Emirates announced a plan to withdraw from Yemen in July.

Already, the militia had been fighting Hadi loyalists in Aden for four days, but the coalition had not intervened, until now.

Hadi still lays a claim to power even as he resigned and fled Yemen in 2015. Saudi Arabia has been waging war on Yemen since to restore his regime, without success.

After the takeover of the sites in Aden by the Emirati-backed forces, Hadi’s regime said it held the UAE and militants backed by it responsible for “the coup” in the city.

On Saturday, the Saudi-led coalition ordered an immediate ceasefire, threatening to use military force against those who violated it. In a statement carried by the Saudi Press Agency (SPA), coalition spokesman Turki al-Malki had urged all UAE-backed separatists to retreat.

The Emirates withdrew its forces from Yemen because it came to the conclusion that the war — a brainchild of Saudi Crown Prince Mohammed bin Salman — is unwinnable.

Saudi Arabia and the Emirates are believed to have been the main forces behind the war on Yemen and the closest partners in the coalition attacking the poor fellow-Arab country.

In another development on Sunday, al-Masirah TV channel reported that Saudi jets conducted airstrikes on a residential area in the Mustaba district of Yemen’s northwestern Hajjah Province on Sunday.