Saudi Arabia and Iran May Finally be Ready for Rapprochement

The Iranian-owned oil tanker that was hit in Red Sea waters off the coast of Saudi Arabia on October 11 is seen two days... 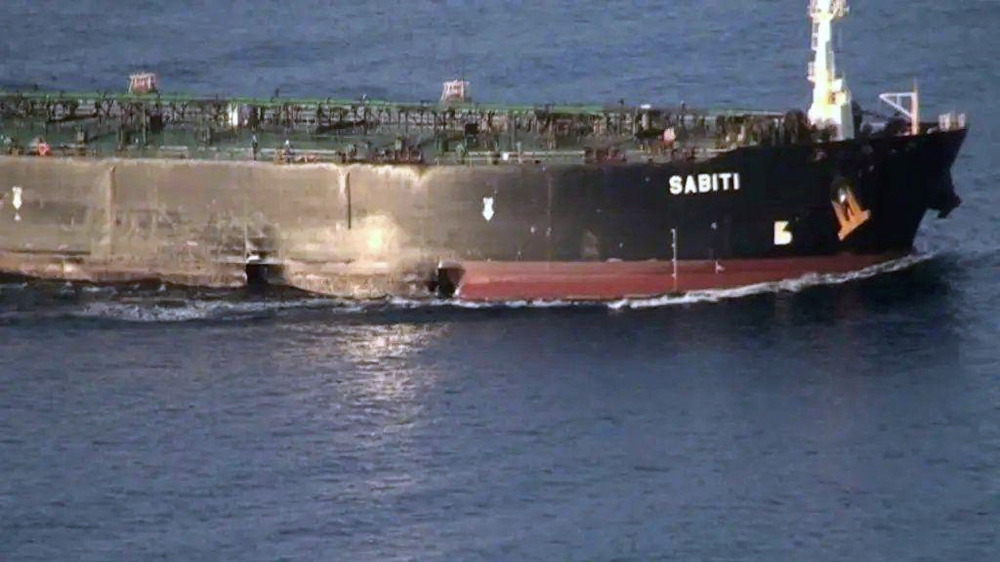 The October 11 attack on an Iranian oil tanker in Red Sea waters off the coast of Saudi Arabia stoked further friction in a region rattled by attacks on tankers and oil installations since May and increased fears of war between Riyadh and Tehran.

Thus far, no one has claimed responsibility for the attack. Tehran, despite its history of swiftly blaming the United States and Israel for any perceived sabotage of its interests, refrained from accusing any specific party. The National Iranian Tanker Company (NITC), which owns the targeted vessel, confirmed that its hull was hit by two separate explosions off the Saudi port of Jeddah, but made a point of denying reports that the attack had originated from Saudi soil. Furthermore, Ali Shamkhani, the secretary-general of Iran’s Supreme National Security Council, said that a committee is investigating the incident to determine culpability. All this shows that Iran wants to de-escalate the tension over something that, in comparison to other confrontations between the regional rivals in recent years, from Yemen to Syria, can only be described as a minor incident.

Still, only time will tell how the attack will impact the general atmosphere in the already-volatile Gulf region and the wider Middle East. What is apparent, however, is that the current state of uncertainty, mistrust and confusion cannot be sustained if Iran wants to rejoin the international community after decades of isolation and if Saudi Arabia and its Gulf allies seek further economic and social development. Only a return to quiet and purposeful diplomacy – with the assistance of third parties – can bridge differences between the two sides and help prevent what could arguably be one of the most calamitous military confrontations in the region’s history.

It is improbable that Saudi Arabia is behind the attack on the Iranian tanker, despite its assumed desire to avenge the many attacks it sustained over the last few months.

On September 14, for example, attacks on two of its main oil production facilities knocked out more than half of the kingdom’s production. Yemen’s Houthi rebels claimed responsibility but US Secretary of State Mike Pompeo swiftly accused Iran, which rejected the allegations. In light of all this, some argued that Saudi Crown Prince Mohammad bin Salman (MBS), who has come under much domestic criticism for failing to prevent the devastating attacks on the country’s oil facilities, might have ordered the attack on the Iranian oil tanker to save face.

This scenario, however, is highly improbable since a small-scale attack on an Iranian tanker like the one we witnessed last week is unlikely to yield significant positive results for MBS. First, if Iran concludes that Riyadh is indeed behind such an attack, it can easily find many overt and secret ways to retaliate. MBS is well aware that if he orders an attack on an Iranian vessel, he would be opening the kingdom to renewed attacks by Houthi insurgents.

Second, despite the ongoing friction between the two sides, Riyadh does not want to rule out the possibility of a rapprochement with Tehran in the near future. MBS was clear, in a recent interview with CBS, about his preference for a political solution to the region’s ongoing problems. Pakistan’s Prime Minister Imran Khan’s visits this week to Iran and Saudi Arabia can only be seen as an effort at reconciliation that he could not have undertaken without a green light from the leaders of both countries. Iraqi Prime Minister Adel Abdel-Mahdi is also known to have relayed messages between MBS and Iranian officials about de-escalation.

Third, Saudi Arabia can no longer count on Washington’s direct assistance in the event of a confrontation with Iran. Whatever existed of Saudi enthusiasm for such a confrontation has dissipated after US President Donald Trump aborted the mission to punish Tehran over its downing of an American spy drone last June. His latest decision to allow Turkey to attack Kurdish forces allied with the US and responsible for defeating the Islamic State of Iraq and the Levant (ISIL, also known as ISIS) group in northeastern Syria also gave the Saudis a signal that allies are not immune to Trump’s whimsical foreign policy. The Saudi leadership cannot ignore the US president’s reluctance to take on Iran and his betrayal of allies simply because he agreed to dispatch extra American troops to Saudi Arabia.

Iran cannot remain a pariah in the region

Despite the defiant rhetoric emanating from its leaders and institutions, the Islamic Republic is also interested in a rapprochement with Saudi Arabia. Tehran understands that it cannot remain outside the confines of regional and international systems. It also understands that it needs to make compromises, both in the region and in the international arena, to find necessary accommodations. To be sure, its signing of the Joint Comprehensive Plan of Action in 2015 clearly signalled its willingness to meet the international community’s expectations if that helps it in preserving national pride and interests and escaping debilitating sanctions.

However, on the regional front, Iran’s insistence on interfering in the domestic affairs of Arab countries continues to stymie its good relations with its neighbours. To be sure, no other outside force has been able to secure the kind of influence that Iran maintains in Iraq and Lebanon. Yemen’s Houthis, meanwhile, have become closer to Iran than ever before and have benefited from Iranian technology in manufacturing offensive weapons used against Saudi Arabia over the last few years. But Iran’s role in Syria’s war is the starkest example of overreach that makes it impossible for Tehran to join the current Saudi-led regional order. It is this last important part of Iran’s regional policy that stands at the heart of its acrimonious relationship with Saudi Arabia, and it is here that the two may or may not find a compromise.

Iranian officials have for quite some time now spoken of their desire for Iran to be considered a normal part of the regional subsystem, bearing equal responsibilities and sharing collective benefits. In a recent op-ed, Iranian Foreign Minister Mohammad Javad Zarif reiterated the Islamic Republic’s view that “security in the region is a collective responsibility” and that “either everyone is safe or everyone is deprived of it.” No one can find much fault with Zarif’s statements, however, such words will only gain meaning and lead to meaningful change if Iran takes concrete steps to demonstrate that it is ready to respect the sovereignty of Arab states and in return, the Arab side agrees to treat Iran as an equal shareholder in the region’s affairs.

What is to come?

In the current atmosphere of uncertainty and mistrust, it is hard to accurately postulate what could be in store for Saudi-Iranian relations. But both Riyadh and Tehran have recently been talking about the dangers of escalation and expressing their desire to find a compromise that would allow for the two regional powers to peacefully co-exist. This, above anything else, signals a real possibility for sustainable peace in the Gulf. Friendly but neutral third parties can also assist in finding the means to bridge differences that have stymied a closer relationship between arguably the two most consequential states in the Muslim world.

One thing is sure, however: peaceful co-existence can only work if Tehran scales down its interference in the affairs of Arab states and Riyadh accepts that Iran also has a say in regional issues. Iran should not expect to be allowed to continue controlling the fates of Iraq and Lebanon through affiliated militias or supporting the Houthis in their assault on Yemen’s legitimate authority. It should also understand that it cannot re-join the regional system while insisting on supporting the thuggish regime of Syria’s Bashar al-Assad. Reciprocally, Saudi Arabia must understand that Iran is of the region and that it cannot simply be excluded from the region’s development. Both Iran and Saudi Arabia’s apparent eagerness to de-escalate the situation following the October 11 attack on an Iranian tanker is perhaps the most significant sign yet that the two regional rivals are finally ready for a rapprochement. Peaceful co-existence, however, is difficult and requires the will to talk and compromise. If either party shows reluctance to change its ways, the region will continue to live with the possibility of a war that could make all past wars look minor in comparison.