Ryanair Adds 4 Routes To, From Jordan

Jordan Tourism Board (JTB) and The Ministry of Tourism and Antiquities said that the partnership with Ryanair, Europe’s No.1 airline, is expanding its operations... 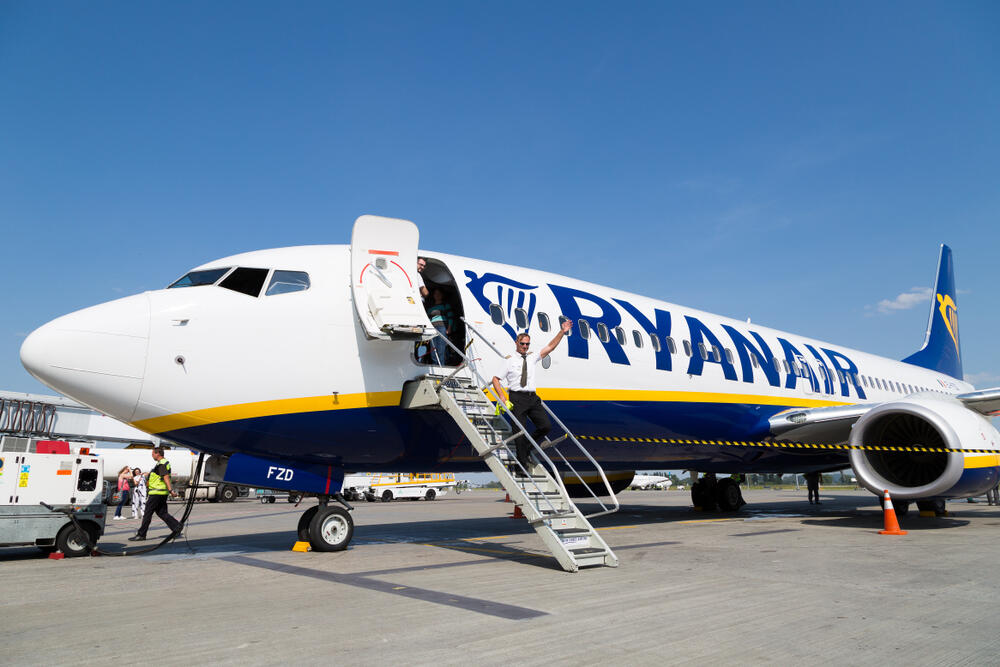 Jordan Tourism Board (JTB) and The Ministry of Tourism and Antiquities said that the partnership with Ryanair, Europe’s No.1 airline, is expanding its operations with the addition of four new routes to Jordan to and from Malta, Memmingen, Thessaloniki and Milan Bergamo, as part of its Jordan Winter 2019 schedule.

With a total of 18 routes connecting between 12 countries, the new routes will serve over 500,000 customers annually at Amman and Aqaba airports.

Minister of Tourism and Antiquities Majd Shweikeh said: “Jordan has witnessed a tremendous positive shift in the tourism sector in 2018, and in 2019, the momentum is still as steadfast as it was last year.

“Launching the world-renowned low-cost Ryanair operations has had a cascading positive effect on the sector’s dynamics, which resulted in an increase in numbers as a new segment of tourists -from Eastern Europe in particular- who have never been to Jordan before, are now exploring Jordan and its unique and diverse natural, cultural and archaeological heritage in a comprehensive touristic experience. Not only does this experience accompany them a lifetime, but also drives them to come back for more.”

Managing director of the Jordan Tourism Board, Dr Abed Al Razzaq Arabiyat, said: “We are very happy to see tangible results in Jordan from our partnership with Ryanair. Less than a year into its operation, this collaboration has proved its power in making Jordan an accessible and affordable destination for many with its ever-growing number of routes.”

“Jordan Pass, the number one indicator of the Jordanian market’s success in the international tourism scene, has witnessed an unprecedented increase in sales in comparison with same period from last year. Moreover, the most direct indicator, number of visitors, has also witnessed an increase just as impressive; Madaba’s visitors increased by 75.3%, Mount Nebo’s by 67.2% and Wadi Rum’s by 55.9% in the first quarter of 2019 in comparison in the first quarter of 2018.

“These are a few numeric examples of the success we are witnessing at the moment, and in light of this increase, Jordan Tourism Board and the Ministry of Tourism and Antiquities are working hand in hand to showcase the full potential of the touristic experience in Jordan,” he added.

Ryanair’s CEO Michael O’Leary said: “Ryanair is pleased to launch its Jordan Winter 2019 schedule, with 4 new routes (18 routes in total), delivering over 500,000 customers through our two Jordanian airports. We are pleased to strengthen our cooperation with the Jordanian Tourist Board with these 18 winter routes that will further promote Jordanian tourism and will deliver visitors from 12 European countries to one of the world’s most attractive winter tourism destinations.

“To celebrate, Ryanair is releasing seats on sale from just €14.99 for travel between April and June, which are available for booking until midnight Saturday (27 April). Since these amazing low fares will be snapped up quickly, customers should log onto www.ryanair.com and avoid missing out.”

The new routes will operate with two weekly flights between Amman and Malta, Memmingen and Thessaloniki, and two weekly flights between Aqaba and Milan Bergamo. This summer, this active partnership will witness yet another milestone with the introduction of Ryanair’s new Jordanian website in June, making it even easier for consumers in Jordan to book Ryanair’s lowest fares.