The Russian Defense Ministry says US air strikes against targets in Syria’s Idlib Province, where a truce is reported to have gone into effect,... 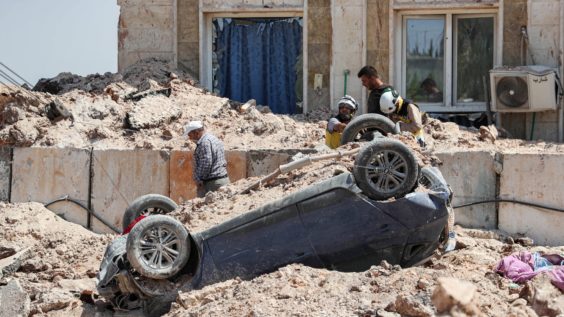 The Russian Defense Ministry says US air strikes against targets in Syria’s Idlib Province, where a truce is reported to have gone into effect, were carried out on Saturday without prior warning. It complained that such actions could endanger the truce. Both Russia and Turkey have forces in the province. The former are aligned with troops loyal to Syrian President Bashar al-Assad, who had gone on the offensive in Idlib to regain territory lost to rebels during the country’s ongoing civil war. The latter were sent in to help protect Turkey’s southern border, especially against Kurdish rebels, who, when they are not fighting Assad, are known to be deeply hostile toward Syria’s northern neighbor, where Kurds have long been seeking autonomy. The US acknowledged having targeted what it called leaders of al-Qaida. A rebel group fighting against Assad in Idlib was once aligned with the jihadist group, but severed those ties in 2016, leaving al-Qaida’s exact role in Syria – if any – somewhat murky. A Syrian rights group reported that some 40 fighters were killed in the strike. There are numerous rebel groups operating in the war-torn country. Some are made up of Islamist extremists who are hostile to both Assad and the West, while others are trained and supported by the US and other western countries, and also by Turkey. Alliances and allegiances are also known to shift, in some instances many times over.