Russian President Vladimir Putin has urged the United States to start new arms talks, a few days after the collapse of the landmark Intermediate-Range... 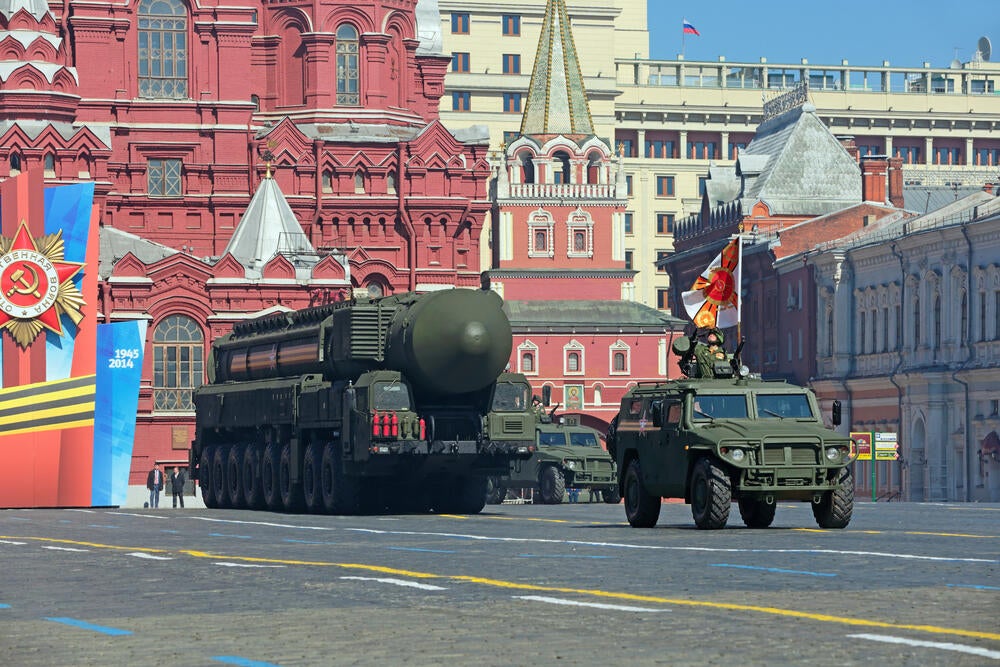 Russian President Vladimir Putin has urged the United States to start new arms talks, a few days after the collapse of the landmark Intermediate-Range Nuclear Forces Treaty (INF), warning that Moscow will be forced to begin developing short- and intermediate-range land-based nuclear missiles if Washington starts doing so.

The INF was signed toward the end of the Cold War in 1987 by then US President Ronald Reagan and Soviet leader Mikhail Gorbachev. It banned all land-based missiles with ranges of between 500 and 5,500 kilometers and included missiles carrying both nuclear and conventional warheads.

The treaty, seen as a milestone in ending the Cold War arms race between the two superpowers, led to the elimination of 2,692 missiles from both sides, ridding Europe of land-based nuclear missiles.

However, the hard-fought INF collapsed on Friday after the US officially withdrew from it, triggering fears of a new arms race. Back in early February, Washington had announced that it would pull out of the deal in six months on August 2 if Moscow did not stop testing ground-launched 9M729 cruise missiles.

“In order to avoid chaos that has no rules, limits and laws, one needs to once again weigh all possible dangerous consequences and start serious dialogue without any ambiguities,” Putin said in a statement on Monday, stressing, “We are ready for it.”

NATO says the 9M729 missiles are launched from mobile batteries, making them hard to detect. Furthermore, they have a shorter warning time than long-range missiles, enabling them to potentially hit targets across Europe in a matter of minutes.

NATO also claims that the missiles can fly at ranges banned by the agreement – some 1,500 kilometers.

Russia rebutted the allegation in January by unveiling the missiles and their key specifications, saying the maximum range of the missiles, which NATO has named SSC-8, is 480 kilometers, thus it does not breach the INF.

Moscow, for its part, has been highly critical of Washington for its alleged violations of the INF, lambasting the US for unilaterally ending the treaty.

“If Russia obtains reliable information that the United States has finished developing these systems and started to produce them, Russia will have no option other than to engage in a full-scale effort to develop similar missiles,” Putin warned, elsewhere in his statement.

Russia “will not deploy them in relevant regions until American-made missiles are deployed there,” Putin added.

He also warned that this scenario meant “restarting an uncontrolled arms race” unless there are new talks about strategic security.

The Russian leader also condemned Washington for “seriously complicating the situation in the world and creating fundamental risks for all” by withdrawing from the INF.

Earlier in the day, Putin held a meeting with his Security Council after which he ordered the defense and foreign ministries and Russia’s SVR foreign intelligence service to closely monitor any moves Washington made to develop, produce or deploy missiles banned under the collapsed treaty.

The US has been deploying its missiles in Eastern Europe and near Russia’s western borders, a provocative move denounced by the Kremlin.

Moscow has repeatedly warned Washington not to deploy such missiles in the vicinity of Russia’s borders, vowing to deploy its own missiles, capable of reaching all parts of Europe in response.