Putin said the two leaders had agreed on ‘additional joint steps’ to ‘normalise’ the situation in Idlib, but did not provide any details [Murat... 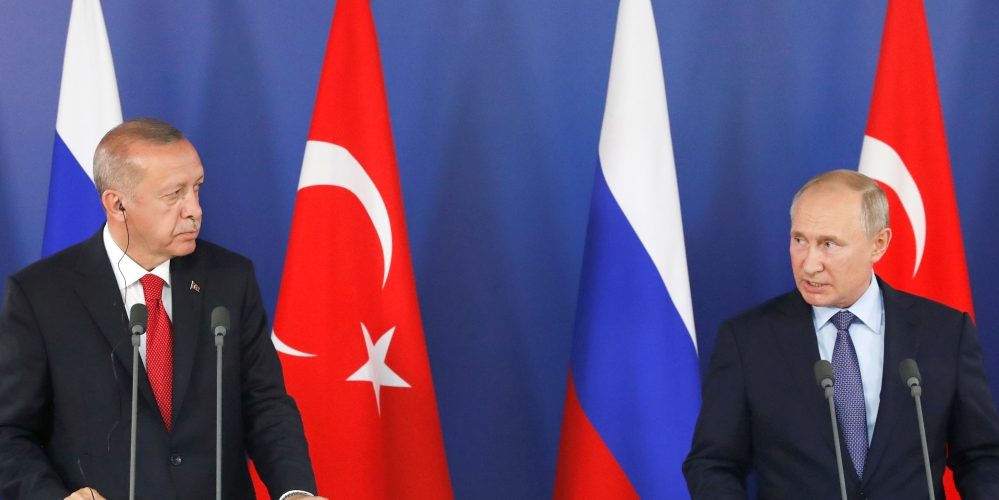 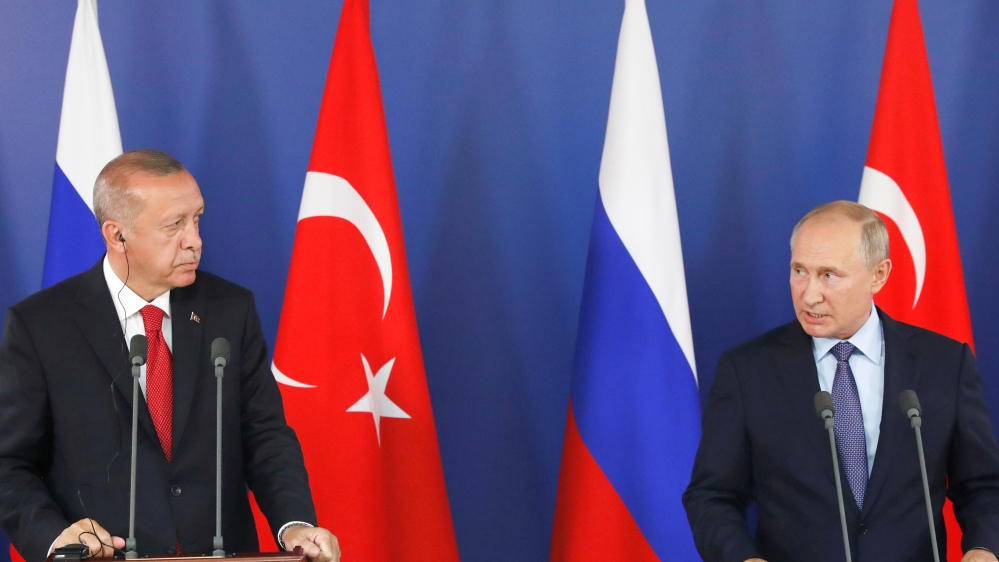 Putin said the two leaders had agreed on ‘additional joint steps’ to ‘normalise’ the situation in Idlib, but did not provide any details [Murat Cetinmuhurdar/Turkish presidency]

The leaders of Russia and Turkey have held discussions about a possible expansion of defence industry cooperation, even as differences appeared to remain over the situation in northwestern Syria, where a Moscow-backed government offensive has been going on since late April.

Russian President Vladimir Putin and his Turkish counterpart, Recep Tayyip Erdogan, met in Moscow on Tuesday, just days after Ankara said one of its observation posts in Syria was surrounded and a military convoy was attacked by Syrian government forces in two separate incidents.

Speaking to reporters alongside Putin, Erdogan said the offensive has disrupted the calm that set in after Turkey and Russia – which back opposing sides in Syria’s war – agreed last year to turn rebel-held Idlib province into a de-escalation zone.

Erdogan said it was unacceptable that Syrian forces were “raining death on civilians from the air and land under the pretence of battling terrorism”.

“We do not want this to continue. All necessary steps will be taken here as needed,” he added. “The situation [in Idlib] has become so complicated that at this moment our troops are in danger.”

For his part, Putin said the two leaders had agreed on “additional joint steps” to “normalise” the situation in Idlib, but did not provide any details.

“The situation in the Idlib de-escalation zone is of serious concern to us and our Turkish partners,” Putin told the news conference, referring to the September 2018 deal between the two countries that prevented a major Syrian offensive on the enclave then.

Putin also said that his country was concerned about attacks by fighters in the zone, targeting the Syrian government forces and Russian positions, and asked Ankara to stamp out these attacks.

He repeated that Moscow did not want this region to be a “haven” for “terrorists”.

The two leaders hold frequent meetings and have forged close ties focused on energy and defence cooperation despite the differences over Syria.

Earlier in the day, they visited an airshow outside Moscow where Sukhoi Su-57 stealth fighter jets performed demonstration flights.

In another move that could further strain ties with NATO ally the United States, Turkey took delivery on Tuesday of a second batch of Russian S-400 air defence equipment.

“We are taking positive steps in the defence industry sector with the delivery of the S-400 systems starting,” Erdogan said at the news conference.

“With that, in our meetings today we had the opportunity to discuss what steps we could take in various fields within the defence industry and what we could do,” he added.

The initial delivery of parts of the S-400s, which Washington says is not compatible with North Atlantic Treaty Organization (NATO) defences, arrived in Ankara in July despite warnings about possible US sanctions over the purchase.

Washington has not yet acted on the threat, but it did begin last month to remove Turkey from its programme of manufacturing F-35 jets, which Turkey also planned to buy. In response, Erdogan said Turkey would turn elsewhere for jets to meet its needs.

Putin said he and Erdogan discussed cooperation on Russia’s Su-35 jet and possible joint work on the new Su-57.

“In my opinion, a lot has drawn an interest from our Turkish partners, not only from a purchase point of view but also from joint production,” Putin said.

Mehmet Celik, editor of the Turkish Daily Sabah newspaper, cited the statements about the defence cooperation and bilateral trade to describe the atmosphere at the talks as “positive” – despite the differences over Idlib.

“There are disagreements but the fact both leaders are still at the table and willing to negotiate and willing to talk over how they can reach common ground with regards to Syria and Idlib is very significant,” he told Al Jazeera from Istanbul.