The Airbus A321 passenger plane of Ural Airlines made an emergency landing in a cornfield near Zhukovsky International Airport A Russian passenger plane... 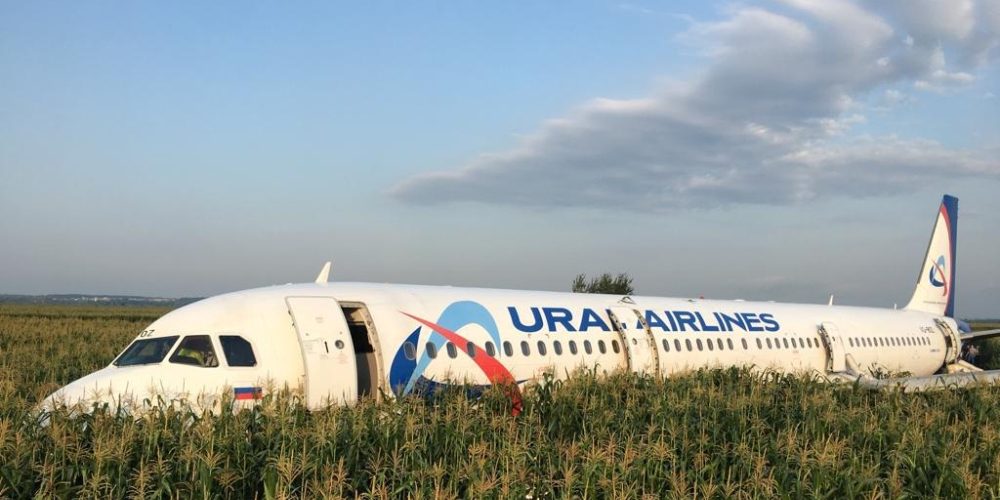 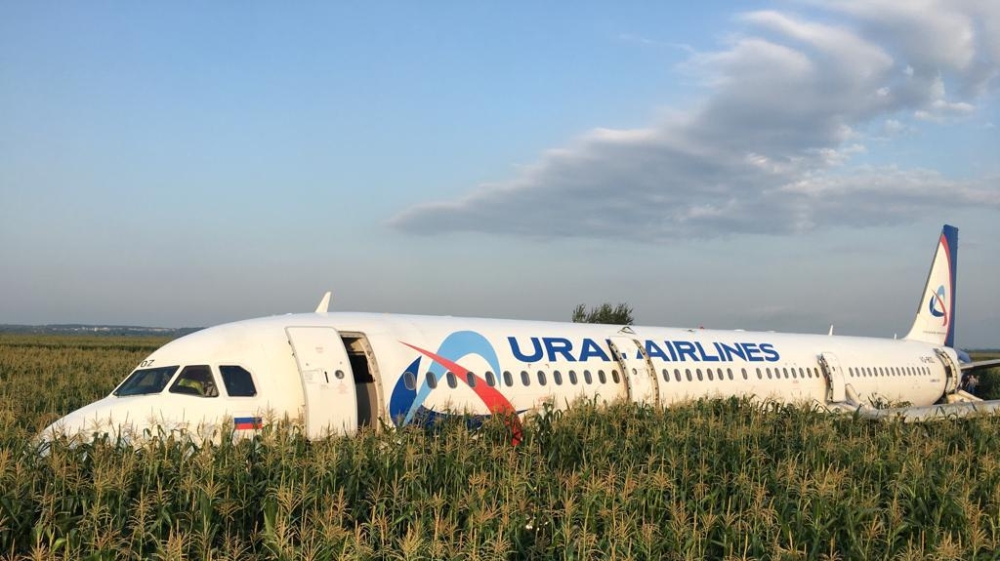 A Russian passenger plane has performed an emergency landing near Moscow shortly after the take-off after striking a flock of birds that were sucked into its engines, the airline and state media reported.

The  Airbus A321 aircraft of Ural Airlines was carrying 226 passengers and seven crew members from Moscow’s Zhukovsky airport to Simferopol in Russia-annexed Crimea, the Rosaviatsia air transport agency said in a statement.

“There was an emergency landing in Zhukovsky. Birds got into both engines. Engines turned off, the crew carried out the landing … one kilometre away from the runway,” TASS state news agency quoted the airlines’ general director, Sergei Skuratov, as saying.

The Ministry of Health said 23 people were injured, including nine children.

The plane landed in a cornfield, with its engines off and landing gear retracted, Rosaviatsia said.

#Russia: A-321 of Ural airlines crashlanded near Zhukovskiy of Moscow region after bird strike. 10 wounded. Piliots managed to land a plane in the field https://t.co/r2XoFs37Wt pic.twitter.com/JHRpOOtH9g

State television said the manoeuvre by the airline’s pilot was being dubbed the “miracle over Ramensk”.

The Komsomolskaya Pravda lauded pilot Damir Yusupov as a “hero”, saying he had saved 233 lives, “having masterfully landed a plane without its landing gear with a failing engine right in a cornfield”.

Some drew comparisons with US Airways flight 1549 which performed a landing on the Hudson River in 2009 after striking a flock of geese.

An unnamed passenger interviewed by state television said the plane started to shake violently shortly after the take-off.

“Five seconds later, the lights on the right side of the plane started flashing and there was a smell of burning. Then we landed and everyone ran away,” he said.

Passengers were evacuated on inflatable ramps, with some taken to the hospital and others back to the airport.