It was the 13th time Russia vetoed a UN resolution on Syria and the seventh time China did so Russia and China have... 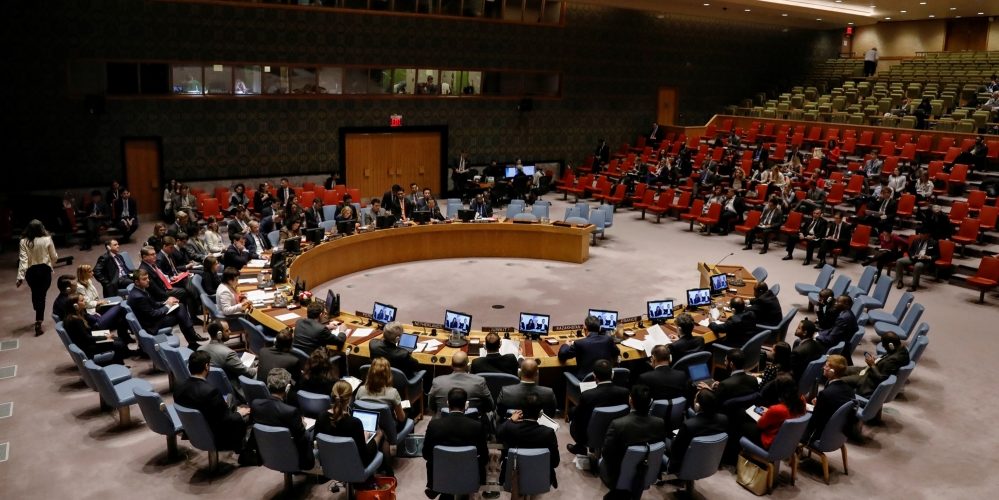 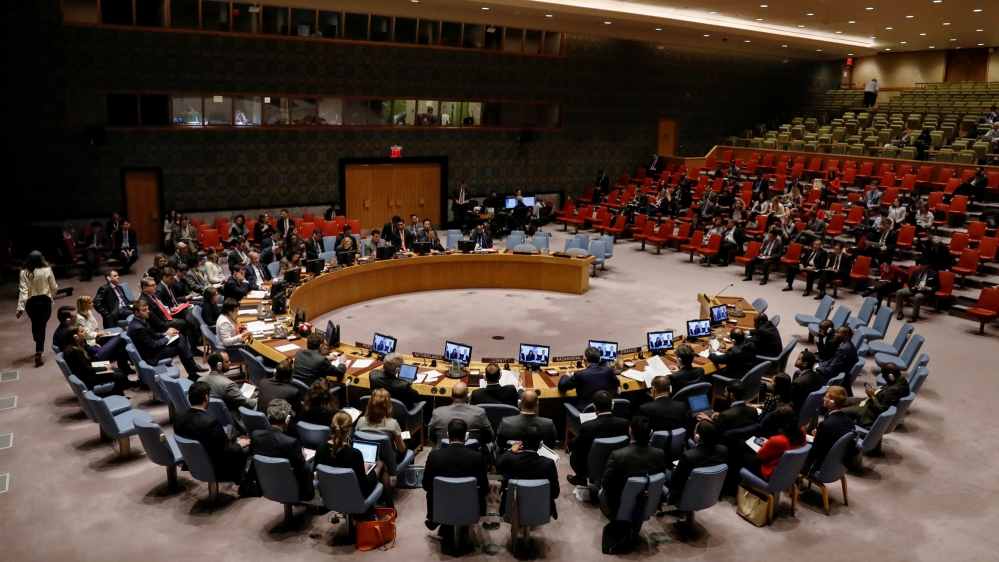 Russia and China have vetoed a United Nations Security Council resolution that called for a truce in the region of Idlib, the last rebel-held stronghold in northwestern Syria.

The resolution said, “All parties shall immediately cease hostilities to avoid a further deterioration of the already catastrophic humanitarian situation in Idlib Governorate, beginning at noon Damascus time on 21 September 2019.”

Russia vetoed the call for action because it did not include an exemption for military offensives against the UN-blacklisted fighter groups.

It was the 13th time Russia vetoed a resolution on the Syrian conflict and the seventh in the case of China.

Equatorial Guinea abstained, while the remaining 12 members of the council voted in favour of the resolution, which was drafted by Kuwait, Belgium and Germany.

“As co-penholders of the humanitarian file for Syria in the Council, we would like to call upon all member states to vote in favor of our resolution,” the three drafters said.

“Our draft resolution the Council will vote on today is a purely humanitarian one,” they said, noting that half a million people have been displaced since the Idlib offensive began four months ago.

Earlier on Thursday, the sponsors of the resolution urged not to veto the “purely humanitarian” measure.

According to the countries, the situation in Idlib could deteriorate significantly if the fighting continued and could turn into a major humanitarian crisis.

“The Council cannot, must not, let that happen,” they said.

Russia and China have presented a joint alternative resolution, which specifies that the ceasefire would not apply to military operations against individuals, groups or entities “associated with terrorist groups”.

Voting on that resolution could happen on Thursday.

On Wednesday, UN Secretary-General Antonio Guterres joined the head of the International Committee of the Red Cross, Peter Maurer, in appealing for an end to air and artillery bombardments of Idlib, citing the devastating effect on civilians.

Idlib is home to three million people, half of whom are already internally displaced from areas previously captured by forces loyal to President Bashar al-Assad.

The UN says two-thirds of those currently in the war-torn province are women and children.

A unilateral ceasefire called by Russia on Saturday, which briefly paused the Syrian government advance on rebel-controlled areas, has done little to quell fears of a humanitarian catastrophe.

The ceasefire was yet another attempt to avert a full-blown Syrian offensive, which the UN has said would result in one of the worst humanitarian “nightmares” in Syria’s eight-year conflict.

A previous ceasefire brokered in August ended just days after it began.

Russia intervened in Syria’s long-running conflict almost four years ago in support of al-Assad, while Turkey has long backed rebels in Idlib. The two countries sponsored a de-escalation agreement for Idlib that has been in place since September last year, but faltered in recent months.