Russia and Turkey are cooperating once again to implement the Sochi Agreement in Idlib after failing with Damascus to achieve rapid military progress in... 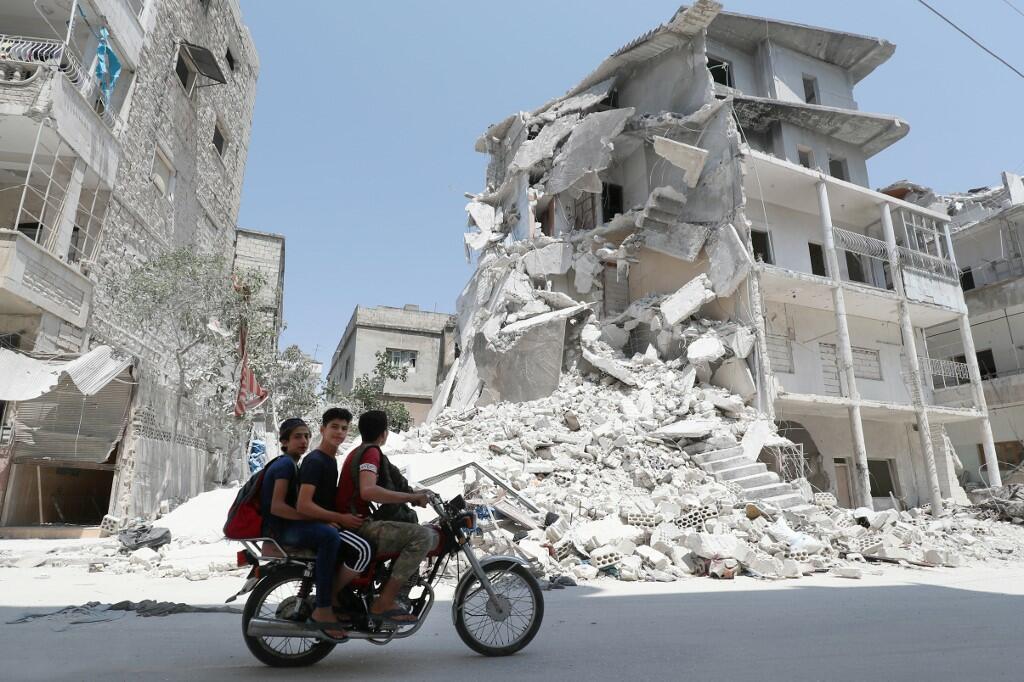 Russia and Turkey are cooperating once again to implement the Sochi Agreement in Idlib after failing with Damascus to achieve rapid military progress in northwest Syria.

Talks between Moscow and Ankara were launched to agree on the cease-fire after each party increased their demands. Turkey hinted at supporting the demand of opposition factions calling for the withdrawal of government forces to the deployment lines agreed on before recent military escalation.

Moscow and Damascus held the Turkish side responsible for the implementation accord struck in the Russian resort of Sochi to withdraw heavy and medium weapons from the buffer zone in northwestern Syria.

Several Russian officials increased their demands for the implementation of the remaining terms of Sochi Agreement within 24 hours, especially regarding the highway between Hama and Aleppo.

Three months after the military offensive, government forces did not make strategic progress, and the UN says at least 450 civilians were killed and over 440,000 others displaced.

Earlier, Damascus announced a “conditional truce” that included cease-fire in the de-escalation zone in Idlib, on condition extremists and opposition groups withdraw forces and weaponry from a buffer zone as per Sochi.

Hayat Tahrir al-Sham (HTS), which controls Idlib province, warned in a statement that it would not abide by a cease-fire if its areas were targeted.

Western diplomatic sources told Asharq Al-Awsat if a rapid military breakthrough is possible in Idlib, the formation of the constitutional committee will be accelerated in search of a political achievement amidst the military impasse.

Russia committed to implementing the Sochi Agreement through military action, providing air support to the government forces and launching several raids on the cities located over Latakia – Aleppo and Hama – Aleppo roads, according to the sources.

Moscow and Ankara discussed “coordinated patrols” near the buffer zone in the de-escalation area, which includes 12 Turkish observation points and other Iranian and Russian points.

The sources added that with the military stalemate, Moscow pressed Damascus to declare a unilateral truce, without negotiating with the opposition forces.

Moscow also decided to return to cooperate with Ankara, which in turn is working with the factions to implement the Sochi agreement reached by Russia and Turkey in September, and provided for the establishment of a demilitarized zone separating the areas controlled by the regime forces and factions.

The factions are supposed to withdraw their heavy and medium weapons and open Latakia – Aleppo and Hama – Aleppo roads.

The conditions of the “conditional truce” came hours after Secretary-General Antonio Guterres’ announced an investigation into the attacks on UN-supported facilities and other humanitarian sites in northwest Syria.

Britain, France, the United States, Germany, Belgium, Peru, Poland, Kuwait, the Dominican Republic and Indonesia delivered a demarche, a formal diplomatic petition, to Guterres on Tuesday over the lack of an inquiry into attacks on some 14 locations.

Idlib and neighboring areas, of about three million residents, were almost daily targeted by Syrian and Russian air forces, since the end of April.

“The investigation will cover destruction of or damage to facilities on the deconfliction list and UN-supported facilities in the area,” UN spokesman Stephane Dujarric said in a statement, adding that it will “ascertain the facts of these incidents and report to the Secretary-General.”

The diplomatic sources explained that the investigation will be similar to the one that took place after the bombing of a convoy carrying international aid north of Aleppo in September 2016.

The Secretary-General has the responsibility to investigate attacks on any of the UN and its partners’ facilities, according to the sources.

He noted that it will be difficult for the investigation team to go to Idlib amid the ongoing fighting, but it is possible to reach out to circumstantial results because Russia and the government are the only two sides that have an air force.

Russia and Syria announced that their forces do not target civilians or civilian infrastructure and have questioned UN sources used to verify the attacks.