Russia called the meeting after the US tested a missile banned under the INF Treaty, shortly after it had withdrawn Russia... 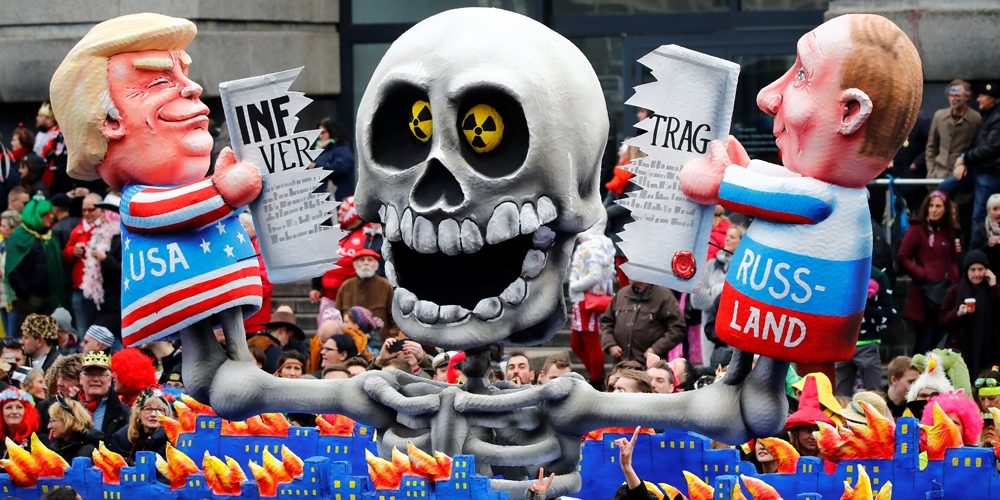 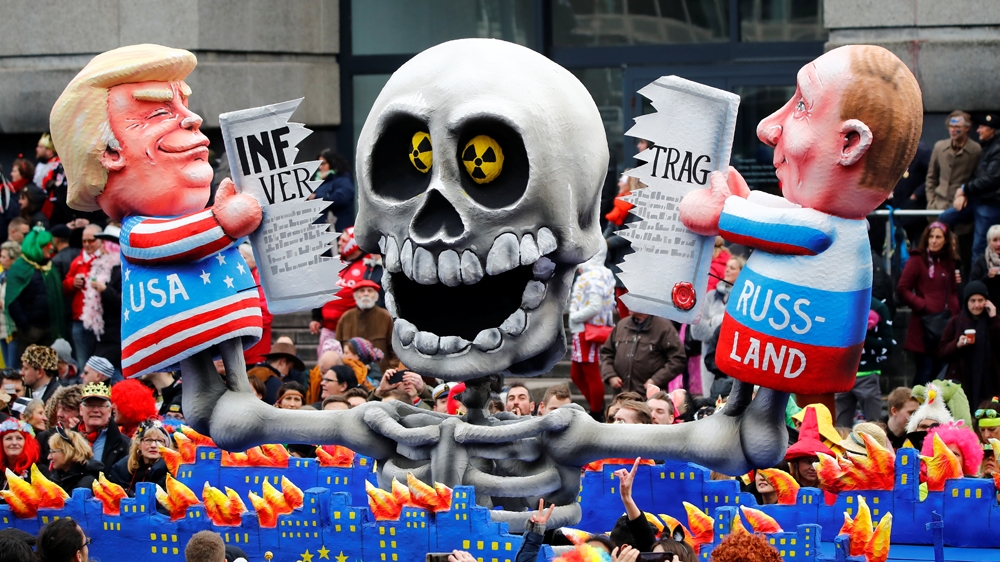 Russia called the meeting after the US tested a missile banned under the INF Treaty, shortly after it had withdrawn [File: Wolfgang Rattay/Reuters]

Russia and the United States have blamed each other for abandoning a landmark arms control agreement on missiles, with Moscow warning of a new arms race and the Trump administration demanding details of a recent mysterious explosion that killed five Russian nuclear engineers.

Thursday’s confrontation took place after Russia called a meeting of the United Nations Security Council following the US test of a missile banned by the 1987 Intermediate-Range Nuclear Forces (INF) Treaty, which both countries withdrew from on August 2.

Dmitry Polyansky, Russia’s deputy UN ambassador, criticised what he called US “hypocrisy”, saying it “consistently and deliberately violated the INF Treaty for some time”.

He added that August 18 missile test by the US, so soon after the treaty’s expiration, proved it.

Acting US ambassador Jonathan Cohen countered that Russia had decided more than a decade ago to break its INF Treaty obligations and has deployed multiple battalions of ground-launched cruise missiles “with the ability to strike critical European targets”.

The meeting put on display the deep distrust between the two nuclear powers, and the anxiety of other countries about an escalating arms race including with China.

The US’s NATO allies joined Cohen in blaming Russia for what France‘s deputy ambassador, Anne Gueguen, called “the death of the treaty”.

The United Kingdom‘s political coordinator Stephen Hickey said Russia’s actions “are in line with a pattern of aggression that represents a clear threat to international peace and security” and undermine its claim “that it is a responsible international partner”.

Gueguen warned that “it would be a dangerous step backwards to engage in a new arms race”.

Polyansky asked whether they understand that by supporting the US “step by step, you are returning to a historic situation when missiles were targeting European cities from different sites”.

“From our part, we would not be the first to make use of such measures,” he added.

“However, considering that our American colleagues are clearly rubbing their hands and want to flex their muscles, then it’s possible that the situation … could happen quite soon.”

Polyansky urged Europeans to realise “that because of the US’s geopolitical ambitions, we are all one step away from an arms race that cannot be controlled or regulated in any way”.

Cohen told the council that perhaps a better use of its time would be to ask Russia “to address the threats it poses to international peace and security”, including where its ground-launched cruise missiles are, and how many it has deployed.

Cohen also asked Russia to tell the council what caused the August 8 explosion at a Russian navy test site on the White Sea in the country’s northwest.

“What system was it, and what purpose does that system serve?”

Polyansky did not mention the incident but, on Wednesday, Russian President Vladimir Putin insisted the explosion, which killed two servicemen and five nuclear engineers, and injured six others, has not posed any radiation threat.

Changing and contradictory accounts of the explosion by Russian officials drew comparisons to Soviet attempts to cover up the 1986 explosion and fire at the Chernobyl nuclear power plant in Ukraine, the world’s worst nuclear disaster.

Looking ahead, Polyansky said the demise of the INF Treaty put “at risk” the New Strategic Arms Reduction Treaty (New Start) on long-range nuclear weapons that is scheduled to expire in 2021.

US President Donald Trump said recently that he has been discussing a new agreement to reduce nuclear weapons with China and Russia.

Cohen told the council that China is rapidly expanding and diversifying its nuclear stockpile, including with new delivery systems, and it is examining how hypersonic systems, air-launched ballistic missiles and low-yield weapons fit it.

“These developments by the Russian Federation and China – coupled with their aggressive and coercive behaviours – are key drivers behind a deteriorating security environment,” he said.

Contrary to Russia’s “outrageous assertions”, Cohen said, the US has made clear its interest in effective and verifiable arms control that includes Russia and China and goes beyond treaties focused on limited types of nuclear weapons or missile ranges.

China’s ambassador, Zhang Jun, said his country’s military policy is defensive, its nuclear strategy is “completely transparent”, and its nuclear arsenal “is extremely limited in scale and never poses a threat.”

He said it was “unacceptable” for the US to use China’s weapons programme as “an excuse” to leave the INF Treaty.

China opposes an arms race, Zhang said. However, he added, “at this stage, China has no interest and will not participate in the so-called trilateral arms control negotiations” with the US and Russia.